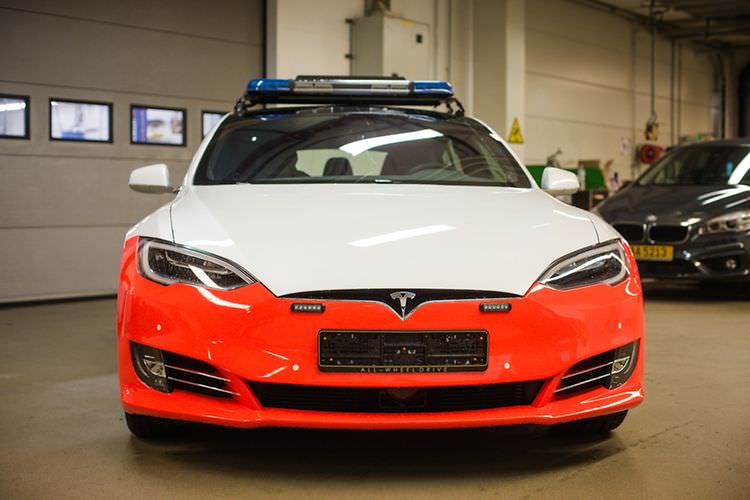 It seems like electric car fans in Luxembourg would have to wait a bit longer to see the Grand Ducal’s Model S police vehicles in action. The electric police cars, which are part of a government program run by the Ministry of Sustainable Development, were initially slated to be deployed this past autumn. Due to several unforeseen challenges, however, the Model S police cars in the sovereign European state ended up being delayed.

The primary challenge to the deployment of the Model S police cars was related to the blue emergency lights that will be fitted on the vehicles. After being inspected at Sandweiler by Technischer Überwachungsverein (TÜV), a German firm that conducts certification services, the blue lights installed on one of the Teslas did not pass the technical standards of the TÜV.

So far, only one of the Grand Ducal’s Tesla Model S police cars has been equipped with the emergency lights. According to a spokesman for the German firm, however, the police lights in the second Model S would be installed immediately as soon as the first electric car completely passes the TÜV’s standards,  according to a recent report from RTL5.

What is particularly interesting about Luxembourg’s Model S police cars is the fact that the vehicles, unlike other electric cars being used by law enforcement, will be deployed as standard cruisers. While electric vehicles have been in service for a while now, most of the cars end up being used by investigative teams due to limitations with the vehicle’s performance and range. With the Tesla Model S, however, these restrictions are practically nonexistent, considering that the electric car is incredibly quick and equipped with sufficient range for day-to-day patrols. 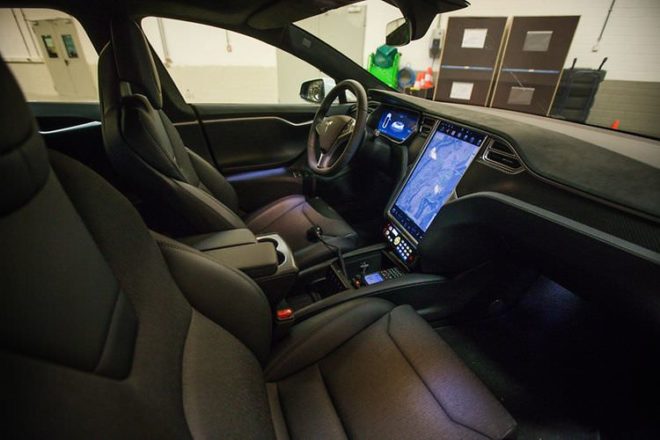 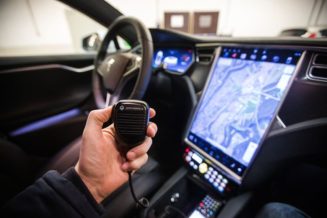 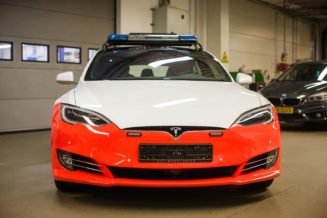 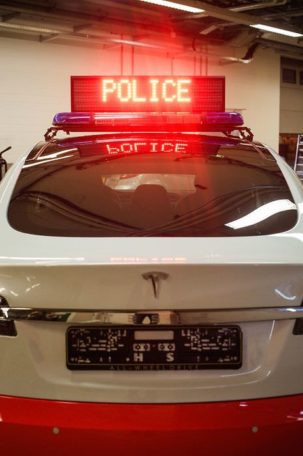 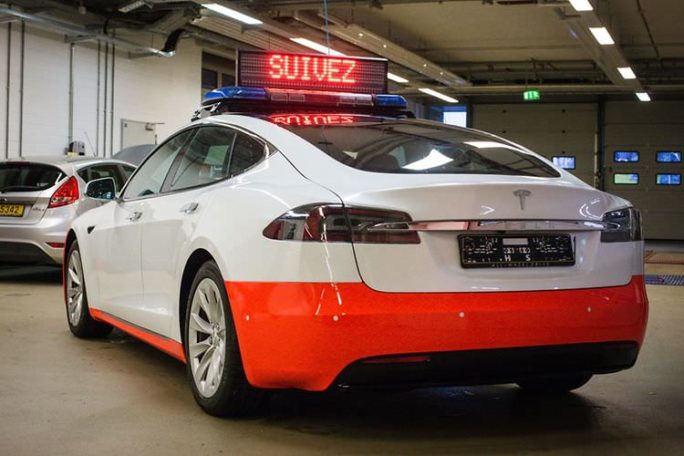 In a lot of ways, the Grand Ducal police’s decision to utilize the Model S as a cruiser makes sense. Luxembourg, after all, is one of the smallest sovereigns in Europe, with the entire state only having a width of 35.42 miles and a length of 50.95 miles. Considering that the Model S can travel up to 335 miles on a single charge, the range of Luxembourg’s electric police cars would most definitely be enough, as noted in a SwiatOze report.

Furthermore, Tesla’s trademark acceleration would also be useful in the police force’s activities. The Model S’ legendary 0-60 mph and quarter-mile performance, for one, would be invaluable for the state’s law enforcement when engaging in high-speed chases.

As we previously reported, the deployment of electric cars as vehicles for law enforcement has been going on for some time now. In the United States alone, part of the LAPD’s fleet consists of electric vehicles, including their iconic black-and-white Tesla Model S P85D. While the LAPD deemed the full-sized luxury saloon as too costly to replace its fleet of traditional ICE cruisers then, the arrival of the more affordable Model 3 might very well prove to be the turning point for the US police department’s electric car initiatives.