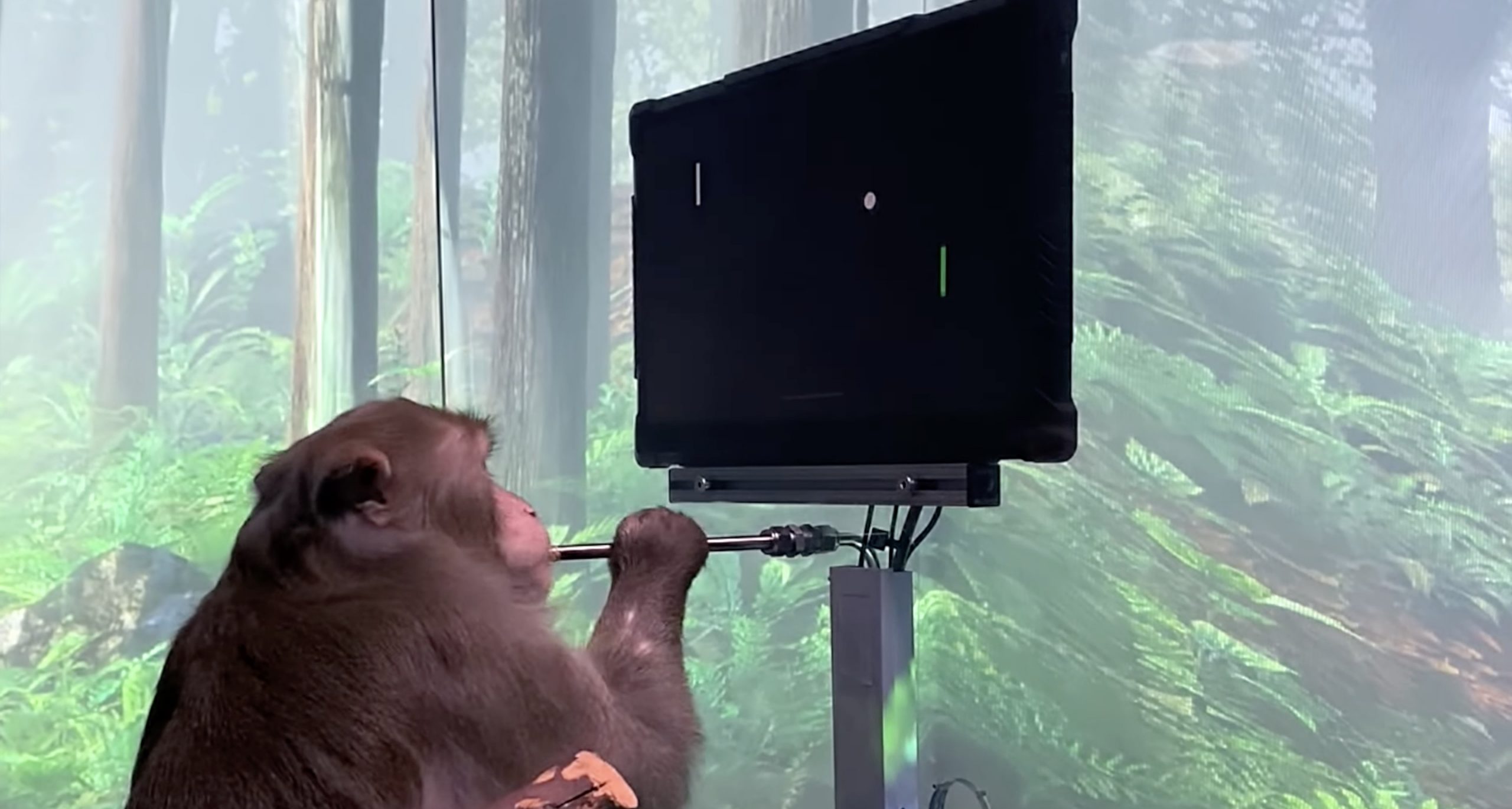 Elon Musk’s NeuraLink recently released a video of Pager, a nine-year-old Macaque, playing Pong with his mind. The video reveals how much progress NeuraLink has made since last year’s livestream event.

Pager had a NeuraLink implanted into his brain six weeks ago. He was taught to play games with a joystick. Pager was well compensated for his gameplay with banana smoothies.

Pager’s brain activity was monitored through the NeuraLink app connected to the implant in his brain via Bluetooth. The data collected from the implant was recorded and ran through a decoder algorithm, which was then used to predict neural activity patterns correlated to Pager’s joystick movements.

The video shows Pager gradually getting used to playing the game without the joystick. He seemed to get the hang of controlling the mouse with his mind after some practice. According to NeuraLibk’s website, the app will guide future users through exercises to help them get as good at controlling devices with their brain as Pager.

NeuraLink’s video of Pager proves how much progress the company has made in its efforts to reach its goals. In February, Elon Musk seemed hopeful that human trials could start by the end of 2021. He shared that Neuralink was almost ready to start talking with the FDA.

However, it is still only the beginning for NeuraLink. At the end of the video, NeuraLink invited people to join its team.

“We still have challenges spanning many fields of engineering, so if you’re good at solving hard problems and want to change people’s lives, even if you’ve never worked with a brain before, we would love to hear from you,” stated NeuraLink.