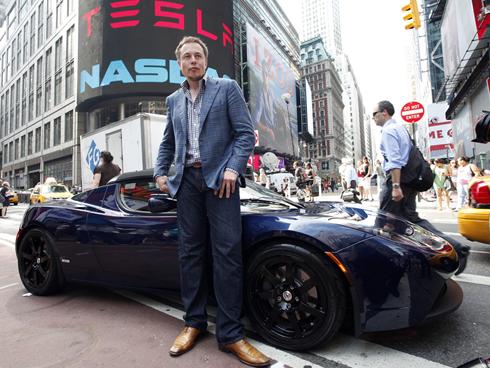 LONG BEACH, CA—Taking the stage during today’s “Dream!” session at the TED2013 conference, Elon Musk, CEO of Tesla Motors and SpaceX, sat down with TED curator and host Chris Anderson to discuss his serial entrepreneurship and vision for the future. Anderson started with the obvious. “Why try to build an electric car?” he asked Musk.

Musk said he believes it’s an imperative. “It’s extremely important that we have sustainable transport and sustainable engine production,” Musk said. Our society, Musk argued, will continue to be dependent on electricity for the foreseeable future, and however that electricity is generated, it only makes sense to build our transportation system around it. Even though an increase in electric usage might mean more coal and natural gas burning at the electric company, Musk told the crowd that the efficiencies achievable at scale at the power plant are more environmentally friendly than the combustion engine alternatives.

Musk also believes that electric cars are now practical for many customers. “There are far more charging stations than people realize,” he said. California and Nevada are covered, and the eastern seaboard from Boston to Washington, DC is already covered. Ultimately, Musk wants to get the grid spread out across the country to support three-hour drives with 20-minute stops, which he says is a natural and comfortable break. “That’s the natural cadence of a trip,” he said.