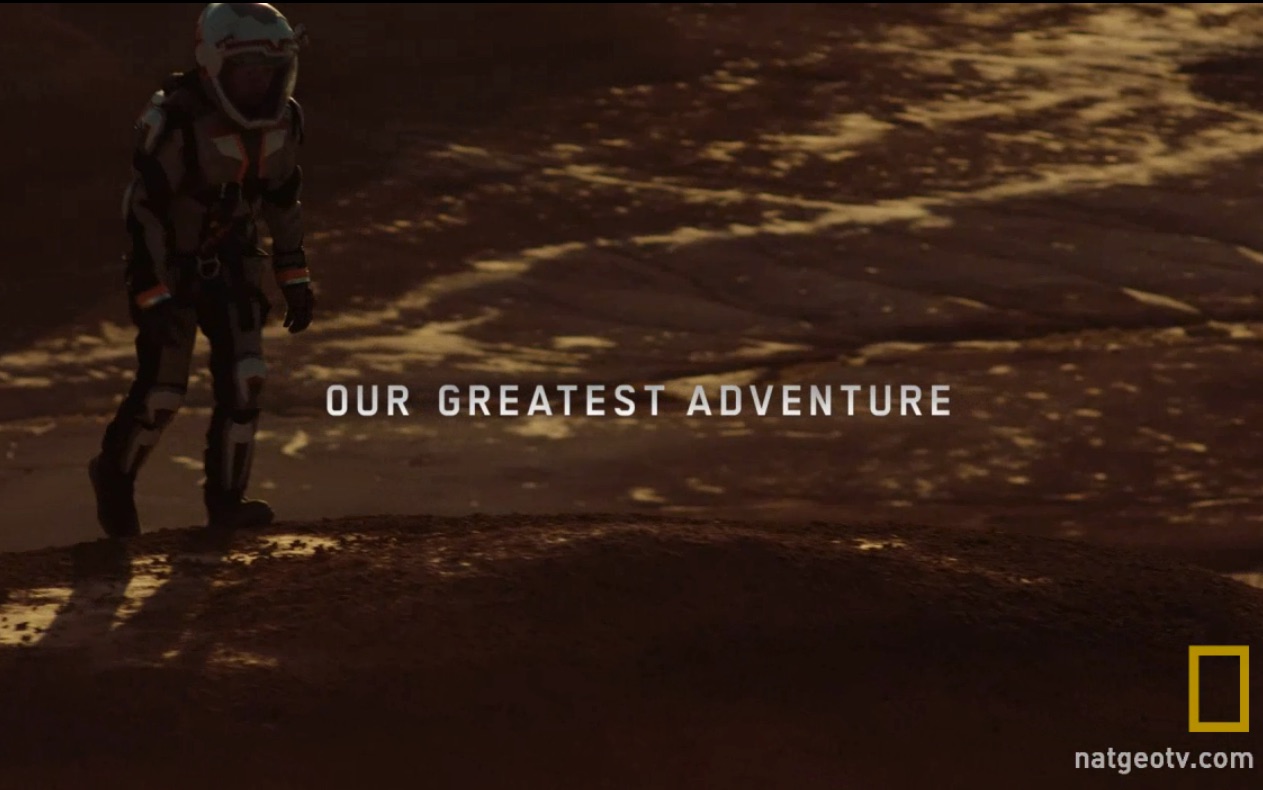 National Geographic (“NatGeo”) has launched their MARS mini-series to be aired every Monday evening for a total of six weeks. It’s a fictional drama set in the year 2033 imagining the first human mission to the surface of Mars with a huge focus on the scientific accomplishments necessary to make such a journey reality. Cut in with the drama are interviews with scientists explaining the complexities of the mission being imagined including, of course, our favorite Mars-bound-humanity-game-changer, Elon Musk.

Elon’s role in the first episode was to talk about the “big picture” challenges immediately apparent in a Mars mission:

There’s been critique that the NatGeo series was essentially a big commercial for SpaceX and Elon. While the intention was (probably) not such, I can’t really argue that the impact (outcome?) wasn’t similar to a commercial. Elon wasn’t significantly over-featured versus others, but all of the modern-day rocket footage they used featured Falcon 9 and the SpaceX facilities. Honestly though, when you’ve been both leading the charge and are arguably the biggest player (i.e., rocket company) in the Mars game, a realistic drama series featuring humanity’s first trip to the red planet is probably going to include you in a major way. And seriously, how awkward would it be pretending otherwise?

Prequels to the NatGeo MARS Series

In the weeks leading up to the premiere of their MARS series debut, NatGeo published plenty of relevant videos in order to keep curious minds, well, curious and in anticipation for the series. There were three videos that stood out most to me:

Featuring twin girls that become significant players in the main MARS series, this video gave a short coming-of-age backstory wherein one of the sisters embraces her interest in space science via a ham radio/wise neighbor experience. I thought it was well done and a sweet tale, but kind of missed the “feels” it was supposed to inspire. Perhaps as the girls’ characters are fleshed out in the coming episodes, it will have more impact.

This video wasn’t published by NatGeo, but is was sponsored by them and host Michael Stevens promoted the MARS series throughout while discussing the science behind it. There were plenty of interesting Mars topics not generally discussed such as space “bugs” infecting the Earth and rover scientists living by “Mars time”. I found it to be a good primer for the series.

This video featured a panel of three scientists answering questions about the challenges of a Mars mission after showing clips from the series. Automation, 3D printing, and terraforming were the primary featured topics after general discussion of mission requirements. There was disagreement on the topic of terraforming Mars that I thought was very interesting and recommend watching.

After watching and reading through most of the material published on this series, there were a few interesting things I noted and wanted to share for fun: Overall, I thought NatGeo did a great job on the series, intertwining drama with the science to give the viewer an understanding of where we are, where we are going, and why it’s so tough to do it. The series especially shines if you’re looking for a kind of “one-stop” place for all that information in an entertaining way. Unfortunately though, if you’ve been reading about the march towards Mars for some time now, there isn’t much added other than a different perspective and storyline to consider.

I’m looking forward to the coming episodes and, of course, seeing what else Elon has to say along the way. Next up on my playlist: NatGeo’s “Before the Flood” starring Leonardo DiCaprio and featuring our guy Elon.