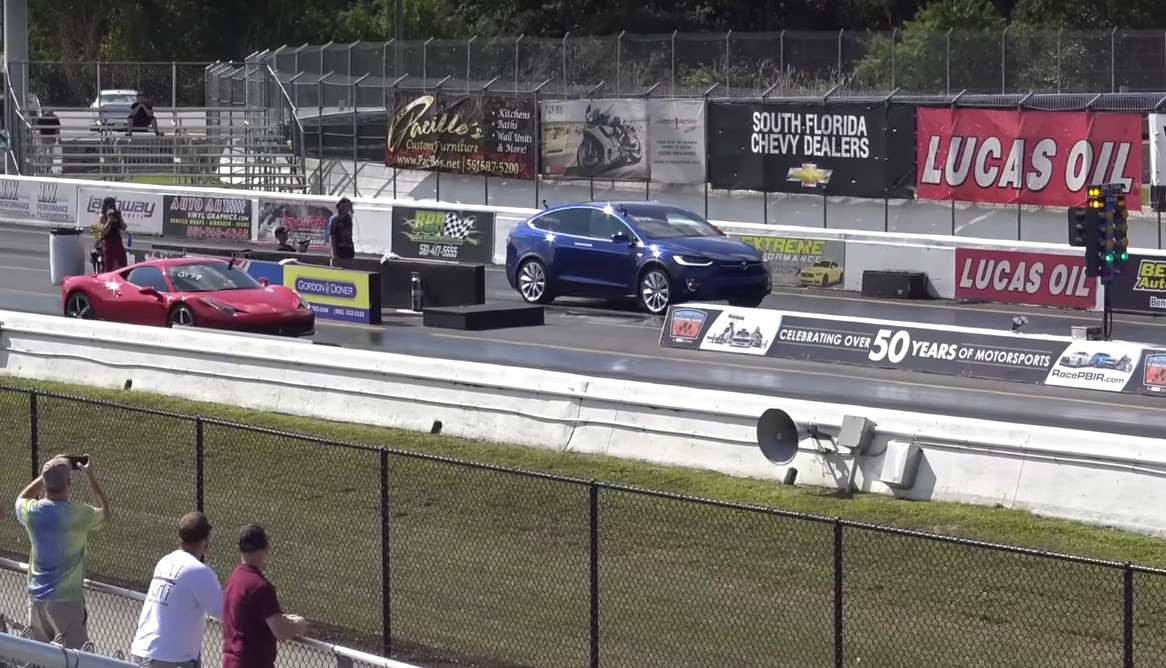 No different is the latest video by DragTimes matching up a Founders Series Model X P90D pre-packaged with Ludicrous mode against a 570 horsepower Ferrari 458 Italia that happens to be a full ton lighter than the heavyweight Tesla. The race itself is, well, far from thrilling, but it does highlight how entertaining it will be one day when someone unlocks Tesla’s newest P100D Easter egg. The upcoming Easter egg slated for a December over-the-air software update is said to deliver 0-60 mph in 2.8 seconds for the Model X, and a blistering 2.4 seconds for the Model S. For context, the Founder Series Model X P90D Ludicrous seen in the video previously knocked out a 0-60 mph in 3.1 seconds, besting Tesla’s claim of 3.2 seconds.

Without further ado, here is Model X versus Ferrari.