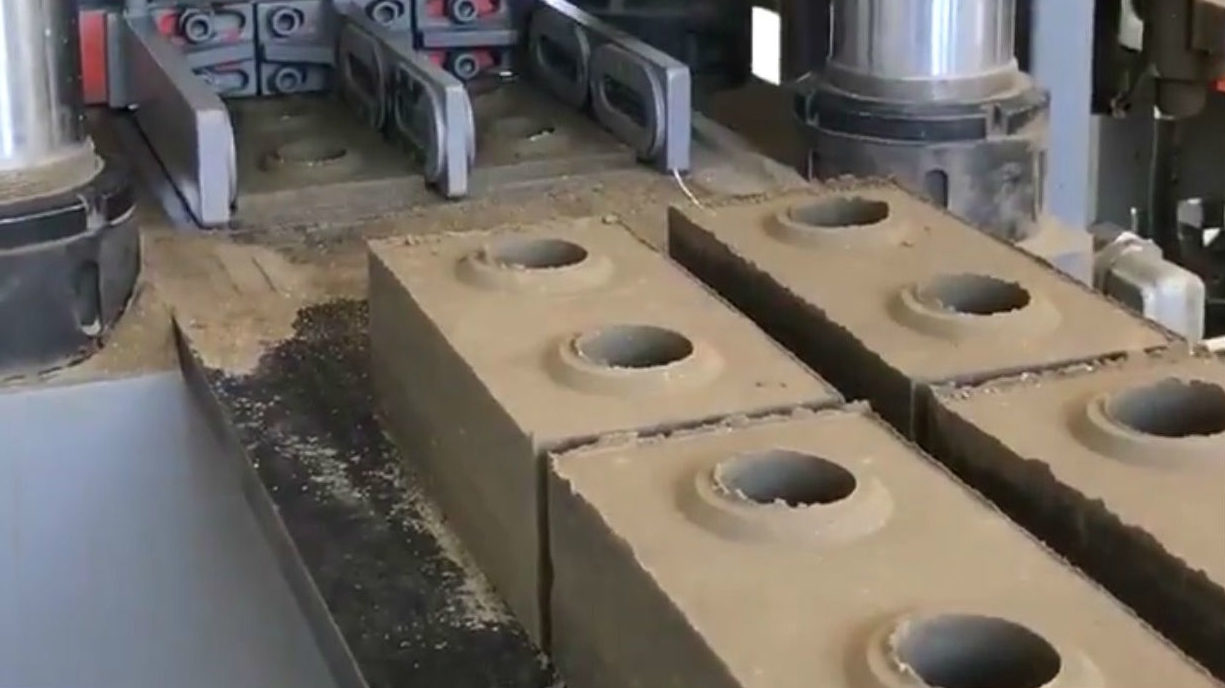 Just a bit over a week since teasing an image of a gantry that would be utilized for the downtown Chicago-O’Hare high-speed transit line, Elon Musk’s tunneling startup, The Boring Company, has uploaded a clip of its Boring Bricks being manufactured.

The short video of the Boring Bricks being produced showcases the unique characteristics of the bricks themselves, such as its slots that enable seamless interlocking. The recently-uploaded clip, while very brief, does give the impression that the production of the earth-made bricks is well underway.

The Boring Company’s bricks were initially announced by Elon Musk back in March, when he stated that the new “merch” would be coming soon. The company had only finished selling its Not-a-Flamethrowers by this time, and Musk’s massive Twitter following was eager to see what product the tunneling startup would offer next. According to Musk when he announced the earth bricks, the Boring Bricks would be used to create models of sculptures and buildings. Considering that the blocks would be made from tunneling rock from the Boring Co’s projects, the products would also be rated for California seismic loads, making them incredibly durable.

While Musk at first noted that the bricks would be used to create garden-scale earth replicas of famous landmarks and buildings, it did not take long before one of the Tesla and SpaceX CEO’s followers on Twitter asked if the bricks could be used for low-cost housing projects. Musk promptly stated that the interlocking bricks would feature a surface finish, which would enable people to “build the outer walls of a small house in a day or so.”

By May, Musk reiterated his intentions to use the Boring Company’s bricks as material for affordable housing, and during the tunneling startup’s information session at the Leo Baeck Temple in Los Angeles, the interlocking earth bricks were revealed to the public. A sample of the Boring Brick was also used as a platform for Gary the Snail’s home, the Boring Company’s pet-slash-mascot-of-sorts, during the information session. Musk’s presentation further revealed images of the bricks being used as materials for a wall, as well as an Egyptian-themed model kit.

Apart from serving as materials for low-cost housing and model kits, the Boring Company is also looking at using the bricks for its tunnels. This particular idea has been outlined by the company in its FAQ for months, even before Musk announced the blocks on Twitter.

The Boring Company recently won a high-profile contract to build a high-speed transport line connecting downtown Chicago to O’Hare airport. The project, which Musk expects will cost ~$1 billion, is expected to break ground within the next few months. The preparations for the transit line are already underway, with Chicago Mayor Rahm Emanuel recently traveling to the headquarters of the Department of Transportation in Washington, in order to discuss the upcoming project with DOT officials.