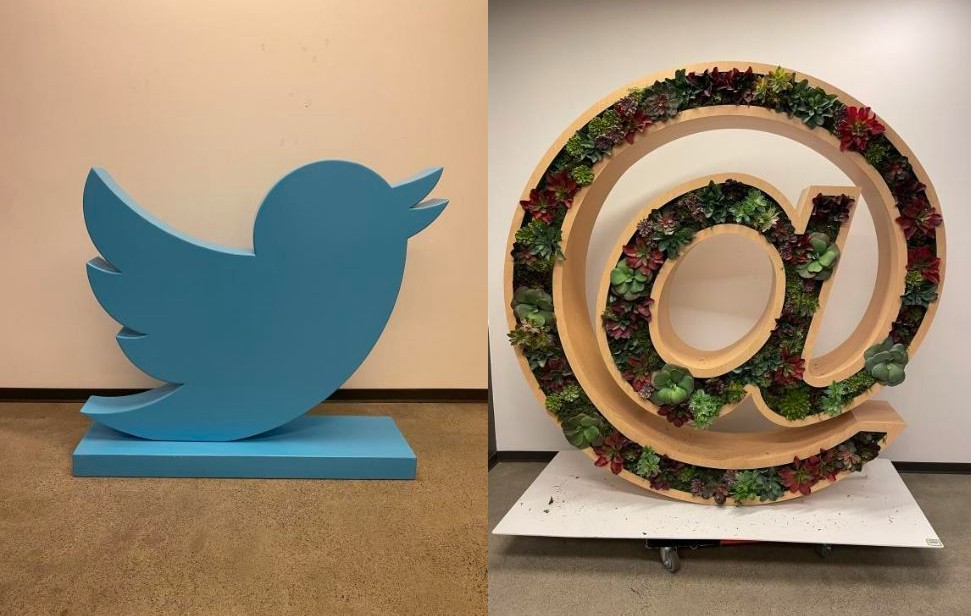 Twitter’s auction has a few interesting items. A Twitter statue of the social media company’s blue bird is up for grabs, as well as an “@ “sculpture that also happens to be a planter. Both the Twitter statue and the @ sculpture planter start at $25.

Heritage Global Partners (HGP) is handling Elon Musk’s Twitter auction. HGP told Fortune that Twitter’s auction has nothing to do with the company’s financial position.

“They’ve sold for 44 billion, and we’re selling a couple of chairs and desks and computers. So if anyone genuinely thinks that the revenue from selling a couple computers and chairs will pay for the mountain there, then they’re a moron,” said HGP representative Nick Dove.

Most of the items up for bidding start at $25, with a few starting at $50. Some of the prices are quite a bargain. The espresso machines run for around £2,000 to £3,000 brand new. Twitter’s auction also includes some designer chairs.

Given Musk’s knack for selling, some of the items will probably sell for much more than the starting bid price. `Twitter’s office assets might fly off the shelves like The Boring Company’s Not-a-flame-thrower or Tesla’s Short Shorts.

Elon Musk and his Twitter 2.0 employees have been putting in a lot of work on improving the social media platform. Recently, Twitter has been working on the verification system. Musk has hinted at exciting improvements coming to Twitter as well. For example, he hinted that in the future, Twitter users would be able to post videos on the platform and receive compensation like on YouTube