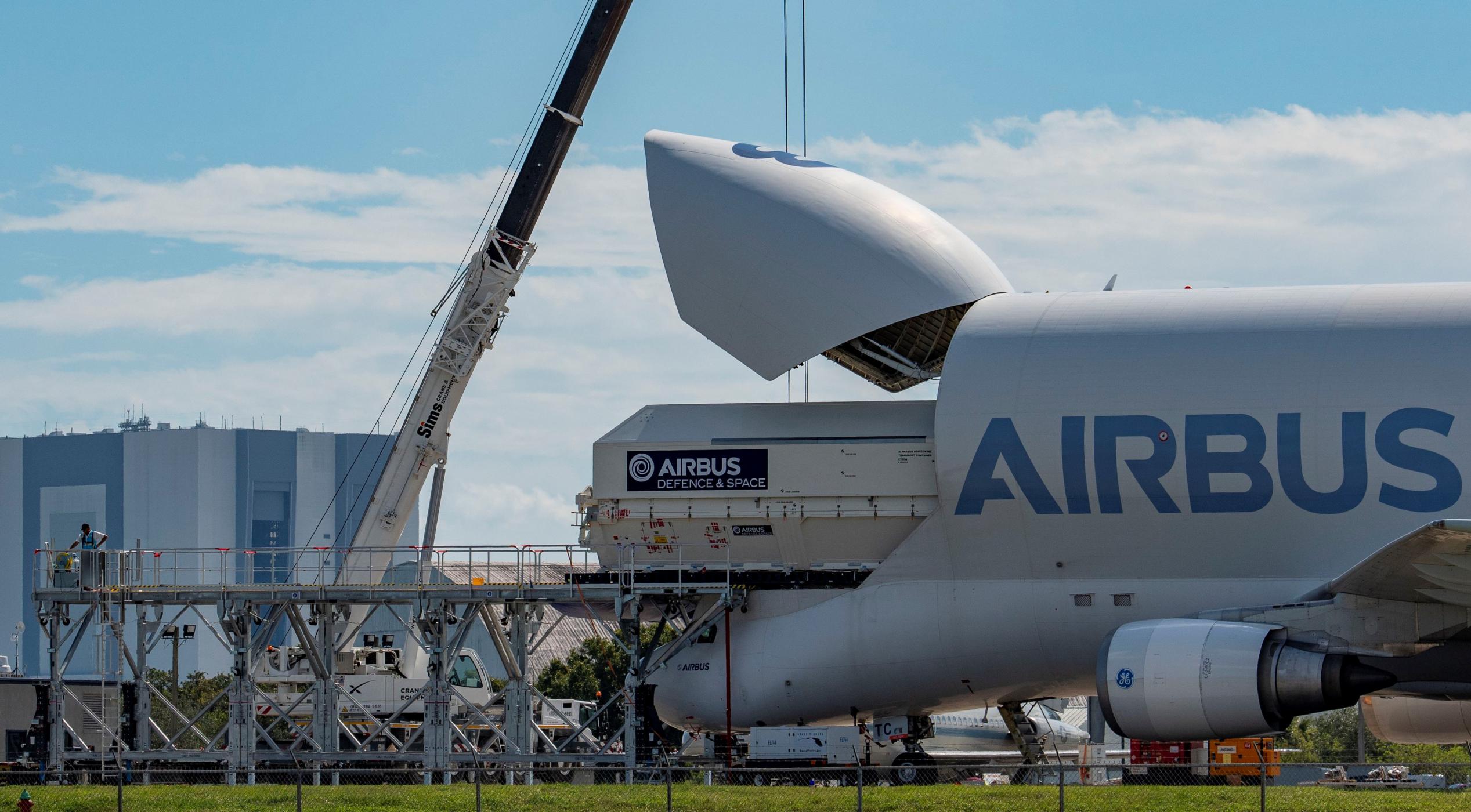 European spacecraft converge on the US for rides on SpaceX rockets

Thanks in large part to delays suffered by Arianespace’s next-generation Ariane 6 rocket, a small fleet of European satellites are simultaneously converging on the United States to hitch rides into orbit with SpaceX.

SpaceX launching European payloads is nothing new. The company has occasionally launched spacecraft built in Europe for European space agencies or companies, but the combination is exceedingly rare. For several reasons, however, what was once alien is beginning to become commonplace, and that fact is about to be made even clearer over the remainder of 2022.

SpaceX kicked off a string of six or seven launches of spacecraft built by or for Europe on October 15th. Over the weekend, the company’s workhorse Falcon 9 rocket – 70 meters (230 ft) tall, 3.7 meters (12 ft) wide, and capable of producing up to 770 tons (1.7M lbf) of thrust at liftoff – successfully launched the Hotbird 13F communications satellite into a geostationary transfer orbit (GTO) for the French satcom company Eutelsat.

Hotbird 13F is the first of three Eutelsat satellites the company secretly agreed to launch on SpaceX rockets. Hours after its twin’s launch, Hotbird 13G arrived in Florida in a custom Airbus Beluga XL transport jet (its first visit to the US since 2009) and will soon begin preparing for its own ride on a SpaceX rocket as early as November 2022. Eutelsat 10B, also on track to launch on a Falcon 9 rocket sometime in November, likely left France for Florida on an oceangoing Arianespace ship on October 12th.

Normally, selecting the launch provider for communication satellites that cost eight or nine figures is accompanied by a press release and plenty of celebration. That the European Space Agency, Eutelsat, Airbus, and Thales Alenia said next to nothing until the last moment says a lot about how all parties involved really feel about transferring three of their satellites onto SpaceX rockets. Originally, all three were intended to launch on Arianespace’s rockets: Eutelsat 10B on one of the last Ariane 5s and Hotbird 13F and 13G on one of the first Ariane 6s.

It’s not entirely clear why Ariane 5 wasn’t able to launch Eutelsat 10B, but it’s unsurprising that partners ESA, Thales Alenia, Airbus, and Eutelsat decided to move Hotbird 13F and 13G to Falcon 9. The Ariane 6 rocket meant to launch both satellites simultaneously is years behind schedule, and its launch debut recently slipped even further from late 2022 to sometime in 2023. Originally scheduled to debut in mid-2020, it’s now possible – if not likely – that Ariane 6 won’t be ready to launch until the second half of next year (or even later).

Thanks to those delays, the new rocket will enter the scene with a very busy 2023 and 2024 manifest packed with high-value institutional and commercial payloads from all across Europe. In other words, a pair of semi-commercial communications satellites like Hotbird 13F/13G could have easily been forced to wait for a year or more to launch on Ariane 6. Adding insult to injury, Hotbird 13F and 13G are the first two satellites built under the joint European Space Agency and Airbus Eurostar Neo program, and will now be flying on an American rocket built by a company that is almost singlehandedly responsible for ending a golden era of competitive European launch services.

With confidence in Ariane 6’s debut timing lower than ever, a NASA official recently revealed that ESA is even studying the possibility of launching Euclid – a next-generation two-ton space telescope – on SpaceX’s Falcon 9. Euclid was originally scheduled to launch on one of Arianespace’s Russian-built Soyuz 2.1 rockets (or Ariane 6) in mid-2022. That contract was signed in 2020, six years after Russian President Vladimir Putin reminded the world of his instability, recklessness, and brutality by illegally and unofficially invading Ukraine. In February 2022, after months of obvious buildup, Russia doubled down on its Ukraine offensive with an openly genocidal full-scale invasion. In the aftermath, it kidnapped a batch of European OneWeb satellites, requisitioned a Soyuz rocket the company had already paid for, kneecapped a joint European-Russian Mars mission, and (while mostly mutual) revoked its support of European Soyuz launches.

That has effectively removed Russia as a serious option for European launches or collarboration, leaving several European missions and companies in limbo. Britain’s OneWeb, for example, had an exclusive contract with Russia to launch its entire low Earth orbit (LEO) internet satellite constellation on up to 21 Soyuz rockets. After losing $230 million in the process, the company was forced to abruptly shift gears, and is now on track to launch its first batch of satellites since early 2022 on an Indian SLV-3 rocket. One of at least two SpaceX Falcon 9 missions could follow as early as December 2022. Unless Ariane 6 aces its launch debut in the near future, many more European payloads could find themselves in similar positions in 2023 and 2024.

Meanwhile, several other European-made payloads are preparing for Falcon 9 launches. While these payloads have been assigned to SpaceX rockets from the start, they still demonstrate just how big of a bite the US startup has taken out of the European launch industry. Most recently, the joint NASA-ESA-CSA Surface Water and Ocean Topography (SWOT) spacecraft was flown from France to California on October 17th. Falcon 9 will launch SWOT from the California coast as early as December 2022.

Soon, Japanese startup ispace’s first HAKUTO-R Moon lander – largely assembled, tested, and propellant by France’s ArianeGroup – will be transported from Germany to Florida for a November 2022 SpaceX launch. Germany’s second and third SARah radar satellites could head to the US shortly for a Falcon 9 launch tentatively scheduled as early as the final days of 2022 or early 2023. Finally, SpaceX could complete its first OneWeb launch around the same time.

European spacecraft converge on the US for rides on SpaceX rockets