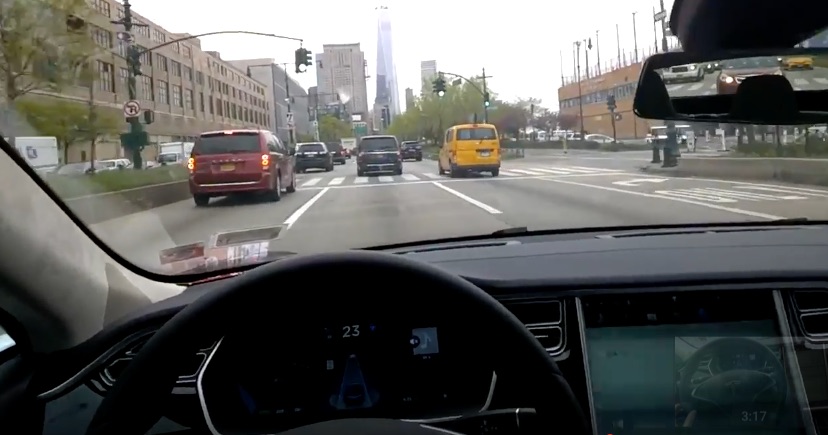 Former New York Mayor Michael Bloomberg wants cities to be ready for autonomous vehicles. Using a data-driven approach, Bloomberg is developing a set of policy recommendations that will spell out social, environmental, and economic adjustments that cities will need to make in order to accommodate a generation of autonomous vehicles.

Austin, Los Angeles, Nashville, Buenos Aires, and Paris will be pilot cities and join in the earliest conversations. He’ll add five more cities to the list before the year is out.

“The advent of autonomous cars is one of the most exciting developments ever to happen to cities,” the three-term mayor said. “And if mayors collaborate with one another, and with partners in the private sector, they can improve people’s lives in ways we can only imagine today.”

Despite Tesla’s recent announcement that all its vehicles produced after October 10, 2016 will have the hardware needed for Full Self-driving, most cities have not begun to anticipate the effects of autonomous driving on their infrastructures. Bloomberg’s initiative may help cities and urban planners in particular to better understand how to maintain roads, train workers, design institutions, and plan land usage to accommodate what seems likely to be quickly expanding autonomous vehicle use in cities. Much speculation exists about the impact that autonomous vehicles may have on urban areas.

Carlo Ratti, Director of MIT Senseable City Lab said, “Vast areas of urban land currently occupied by parking lots and roads could be reinvented for a whole new spectrum of social functions.” Audi Urban Futures Initiative’s Lisa Futing adds, “The biggest change to the urban fabric will be to parking infrastructure. Parking will be moved indoors and outside of city centers, freeing up outdoor lots and spaces for development and public space.”

Anthony Townsend, author of Smart Cities: Big Data, Civic Hackers, and the Quest for a New Utopia, thinks attention should be devoted to all autonomous vehicles, not just cars. “It’s actually trash trucks, trailers, delivery vans, taxis, and other vehicles that take up much of the space in cities. They will be completely transformed by automated technologies.” Townsend argues that those changes plus autonomous mass transit will make cities more efficient and livable.

Colin Nagy outlined in The Guardian how transportation as an efficient and harmonious utility could become seamless due to an interface between autonomous vehicles and public transport. He offered a vision in which “we’ll see safer places where no one dies from unnecessary accidents, and we’ll see the things we love about cities get better because public spaces will be opened up.”

Bloomberg’s philanthropic arm and the Aspen Institute want to start the discourse around cities’ anticipation of autonomous vehicles by getting mayors, academics, and other experts talking and planning. This most recent endeavor by Bloomberg extends his early career vision of information technology translated into innovation, which he implemented while in public office. With a passion for public health and efforts to reduce poverty, Bloomberg’s often ground-breaking programs have been duplicated across the country. While in office he created innovative plans to fight climate change and promote sustainable development, and New York’s carbon footprint was cut by 19% as a result.  As chair of the C40 Climate Leadership Group from 2010 – 2013, he drew international attention to cities’ leading role in the fight against climate change. Now he’s turning to autonomous vehicles, recognizing that cities have a mandate to provide safe and sustainable environments for their citizens while also adapting to changing technologies.