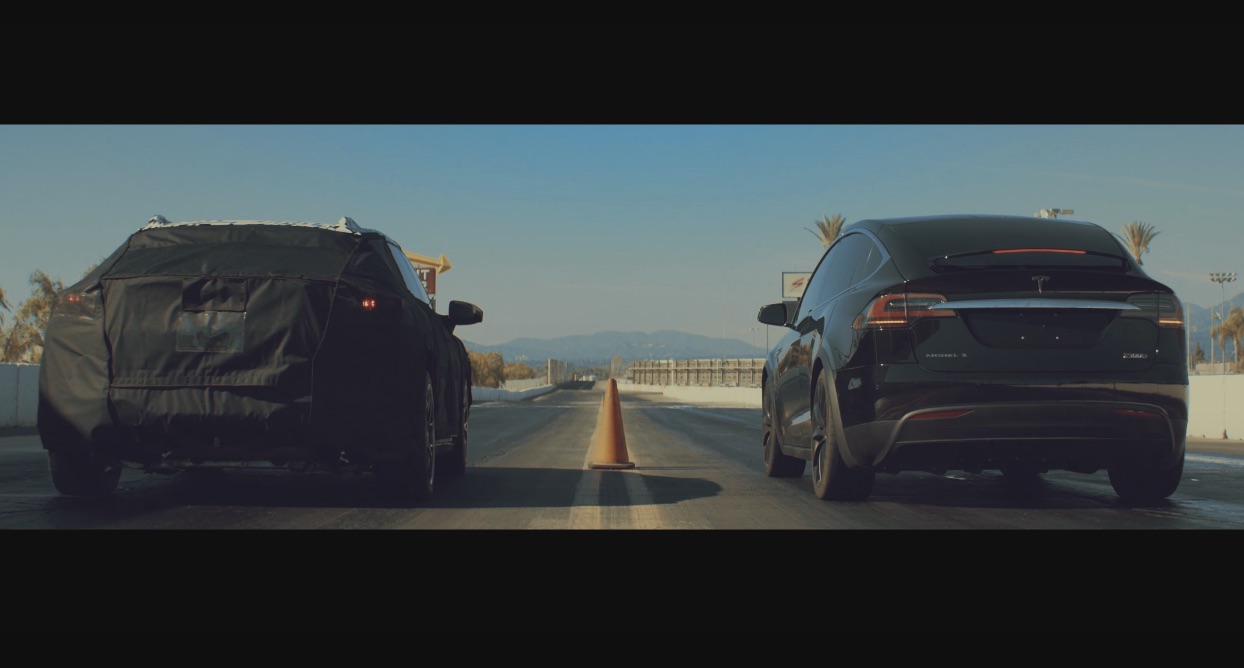 Would-be Tesla rival, Faraday Future, is set to debut its first production vehicle at the upcoming CES 2017 event in Las Vegas. Until now, the Los Angeles-based electric car start up has been relatively secretive and tight-lipped about details for its upcoming battery-powered crossover SUV. The company has released a series of short videos highlighting the vehicle’s track prowess, and we also caught a glimpse of the a futuristic headlight design, but there has been no indication of the vehicle’s performance capabilities. That is, until now. Sort of.

In a new video posted to YouTube, Faraday Future takes on Tesla’s king of the hill Ludicrous Model X P100D, a 660 horsepower Ferrari 488 GTB and the Bentley Bentayga in what appears to be a heads up drag race. Not much can be seen from the short teaser, but we presume the result will be nothing short of being sensational, showing the company’s prototype out accelerating Tesla’s Model X P100D. At this point, we know Faraday’s vehicle will be all-electric and rumored to have at least 300 miles of range helped by a 98 kWh battery produced by LG Chem. The company will likely release a follow up video in the coming week showing the results of the battle.