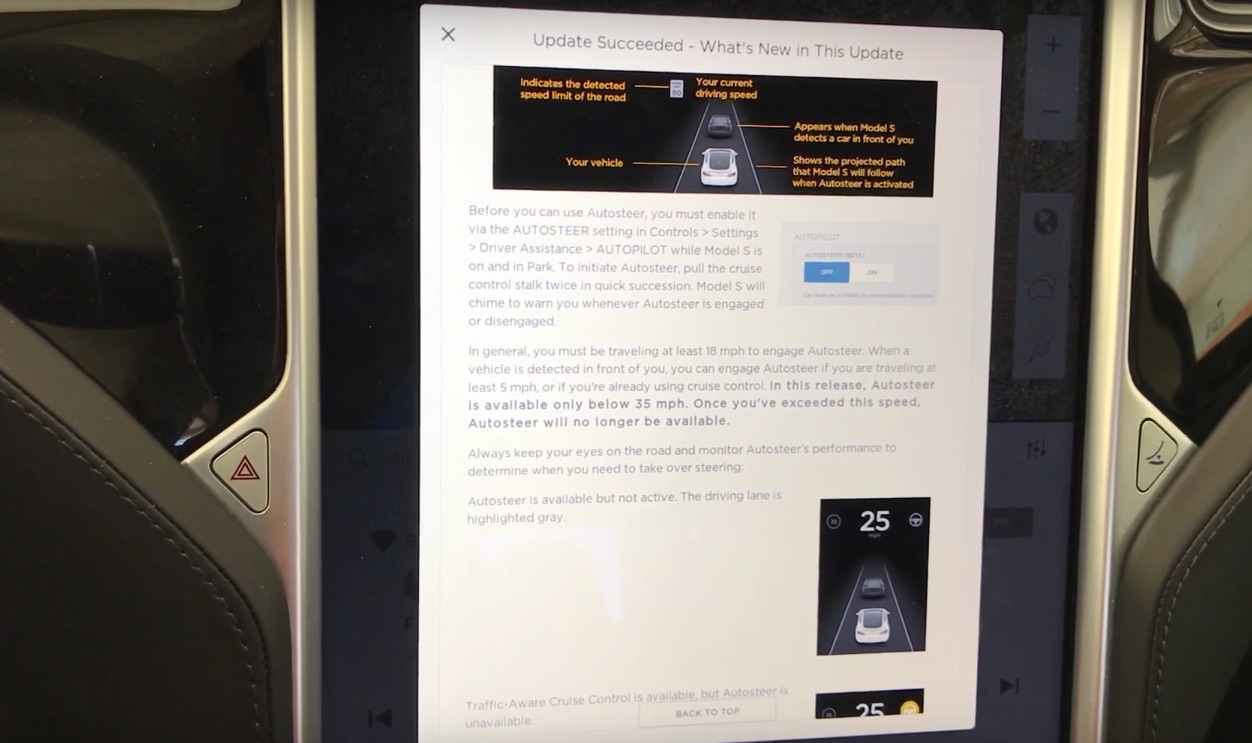 Tesla ended the year with a soft roll out of its Enhanced Autopilot feature to vehicles equipped with Autopilot 2.0 self-driving hardware. Firmware 8.0 (2.50.185) was released via an over-the-air update to approximately 1000 vehicles as part of the company’s plan to perform incremental roll out of features from its latest generation of Autopilot.

Tesla Enhanced Autopilot under Firmware 8.0 (2.50.185) brings along features that have been available on Model S and Model X with first generation hardware, to newer vehicles outfitted with the suite of eight cameras and twelve advanced ultrasonic sensors. Forward Collision Warning, Traffic-Aware Cruise Control (Beta) and Low-Speed Autosteer (Beta) have been rolled out in the latest update.

Details for the Enhanced Autopilot features can be seen in the following release notes from Imgur via TMC. As reminded through the release notes, Tesla is taking a cautious approach with rolling out its driving-assist features, in particular Autosteer which allows the vehicle to steer on its own without human input. The first iteration of Autosteer allows one to maintain their lane while the vehicle is in motion but only through low-speed driving conditions such as during highway traffic.

Do you have a video you’d like to share with us demonstrating Enhanced Autopilot? Send us a TIP at tips@teslarati.com. Or send us an anonymous tip through our iOS and Android app.