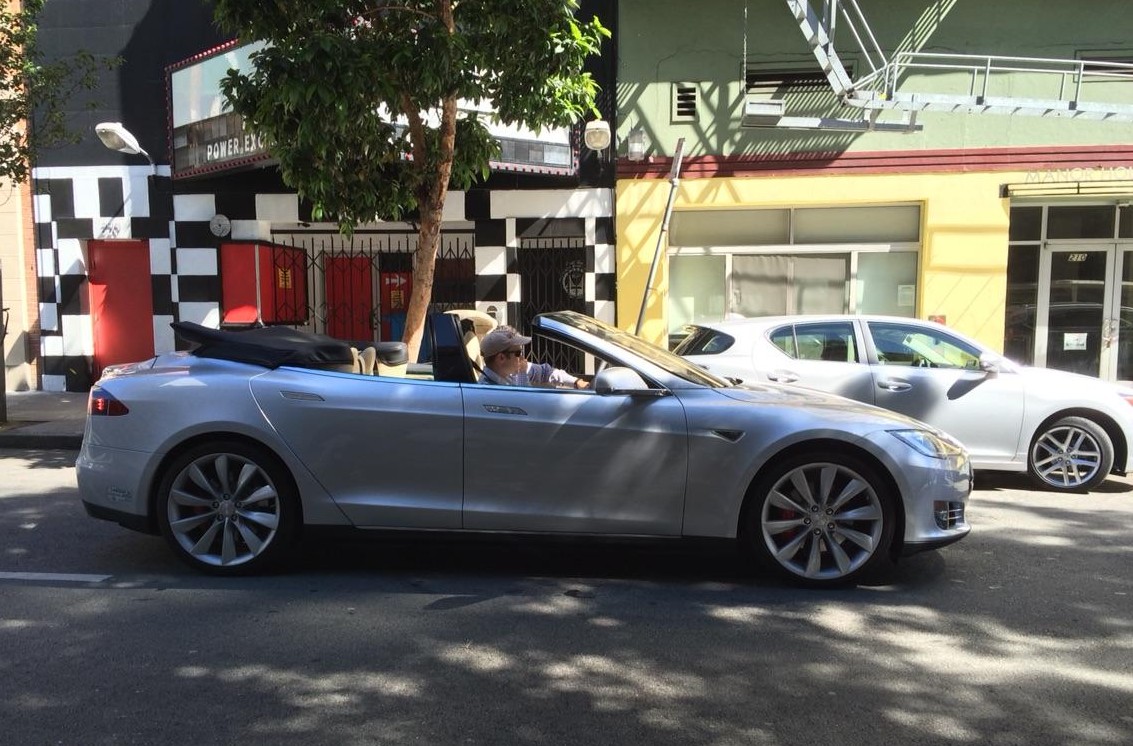 Earlier this year we reported that Newport Convertible Engineering was in the midst of building the world’s first Tesla Model S convertible. Ready for it or not, it’s finally here as spotted in these recent pictures sent to us by a tipster (photo credit: Autojunk.nl). The Model S Cabrio appears to be cruising down the streets of San Francisco, CA and visibly present is the new power-folding soft top that’s tucked away into the car’s expansive trunk space.

Editor’s note: TESLARATI received confirmation  from Al H. Zadeh, CEO of Newport Convertible that the Model S in the pictures is a work of theirs.

The Orange County based tuner behind the transformation has been creating custom convertibles for the past 30 years. The natural question everyone had on their minds before embarking on the project was whether or not the conversion would pose as an extreme engineering challenge. Contrary to what most people had in mind, the transformation was less of a challenge due to the Model S’ rigid structural integrity and award winning design.

“Tesla to begin with was one of the strongest cars I’ve ever worked on. Tesla was actually a very, very good challenge being one of our very first electric vehicles, but I think I did a pretty good job overall at the end,”

Model S owners looking to soak in a bit of sunshine while driving would have to plunk down approximately $29,000 for the conversion. Renderings from Newport Convertible Engineering indicate that a hardtop Model S 2-door coupe conversion is also in the works.