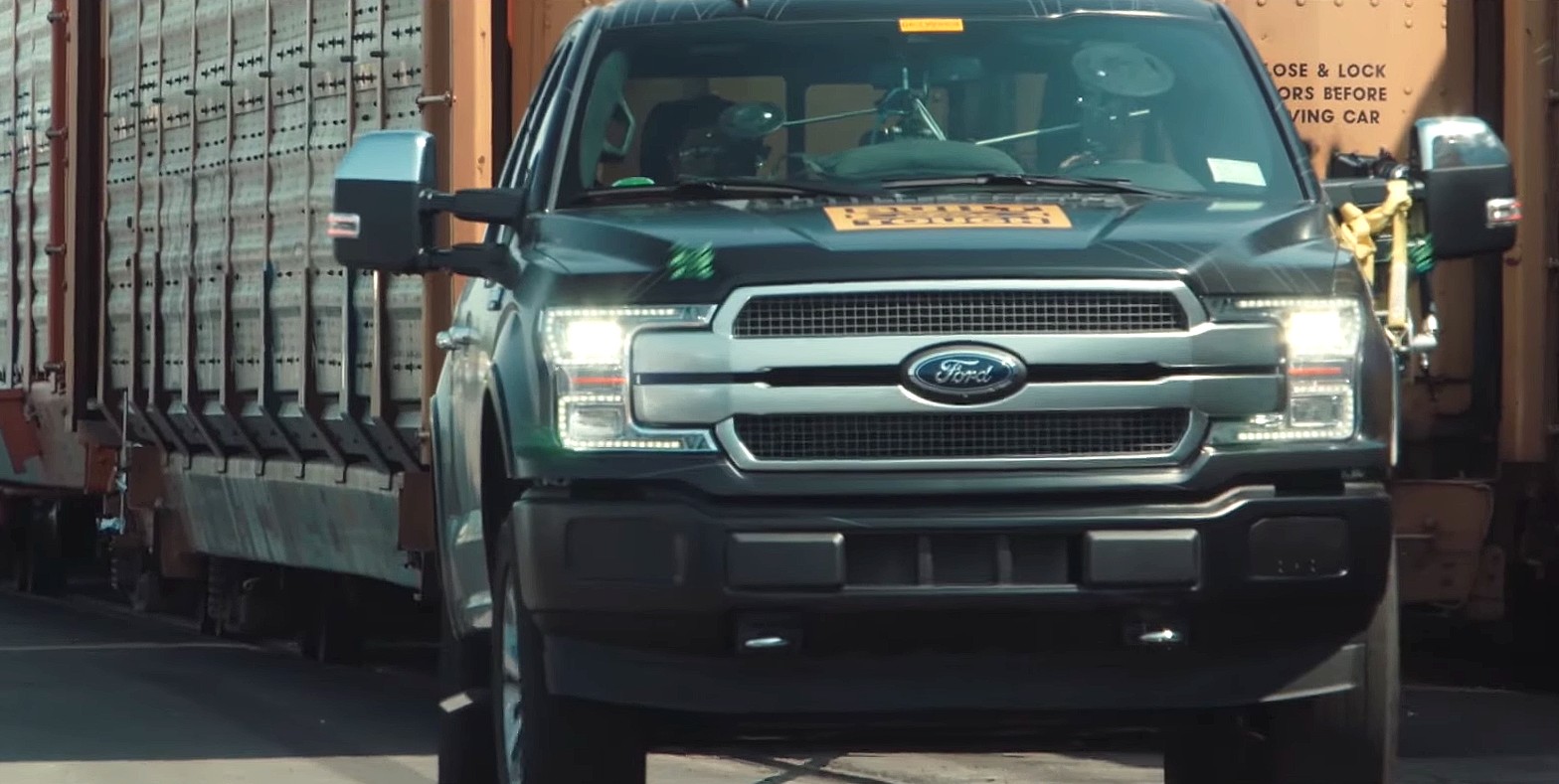 Ford throws shade at Tesla and GM, says F-150 EV will be a ‘real’ work truck

Ford, the maker of America’s most popular pickups, recently threw some shade at its competitors in the electric pickup market like Tesla and GM. In a recent statement, a Ford executive remarked that the electric F-150 will have an edge against its competitors because it will be a “real” work truck, not a “lifestyle” pickup like the Cybertruck or the upcoming Hummer EV.

During a media briefing this Wednesday, Kumar Galhotra, president of the Americas and international markets at Ford, highlighted that the electric F-150 will be built for heavy-duty hauling and towing. The truck will be fun to drive like its rivals from companies like Rivian and Tesla, but the vehicle’s heart will be all about work, not recreation.

“While all other electric pickups are competing for lifestyle customers, the all-electric F-150 is designed and engineered for hard-working customers that need a truck to do a job… We have a very substantial amount of brand equity in the ‘Built Ford Tough’ F-150 both in terms of design language, capability, and the name itself,” he said.

A lot is riding on the electric F-150. The pickup series is arguably the company’s most successful vehicles to date, and for good reason. Just last year, nearly 900,000 F-Series pickups were sold in the United States, generating $42 billion in revenue as per data from the Boston Consulting Group. This is a notable amount, considering that Ford’s entire automotive revenue for 2019 was $143.6 billion.

Yet for all its pedigree, Ford will likely be releasing the electric F-150 significantly later than its rivals. Even today, the American automaker expects the electric F-150 to be due around the middle of 2022. By this time, the electric pickup market will be active, with vehicles from Rivian and Tesla already competing in the market. Rivian expects to start deliveries of the R1T in June 2021, while leaks from Giga Texas have revealed that Tesla may start the Cybertruck’s trial production around May 2021.

Ford’s mid-2022 target is also a bit late compared to the estimated delivery target for the Lordstown Endurance, an all-electric pickup that is targeted towards fleet customers. GM, Ford’s longtime rival, has also confirmed that it is designing an electric pickup that’s expected to be more work-focused than the Hummer EV.

In a way, Ford’s recent statement seems to be a partial admission that the company has started its focus on the electric F-150 program a little too late. With old and new rivals poised to beat the electric F-150 to market, Ford seems to be relying on the F-150’s rock-solid reputation to boost its upcoming EV’s sales. This is a pretty good strategy considering the strength of the F-Series’ brand, but it also leaves the vehicle pretty open for disruption.

The Cybertruck, for example, may have the characteristics of a “lifestyle” pickup, but it has been promoted by Tesla as a real work truck despite its futuristic looks. An electric Chevy Silverado, which seems plausible given GM’s hints about a more work-focused pickup, would also be a legitimate challenger for Ford’s upcoming electric F-150.

Ford throws shade at Tesla and GM, says F-150 EV will be a ‘real’ work truck