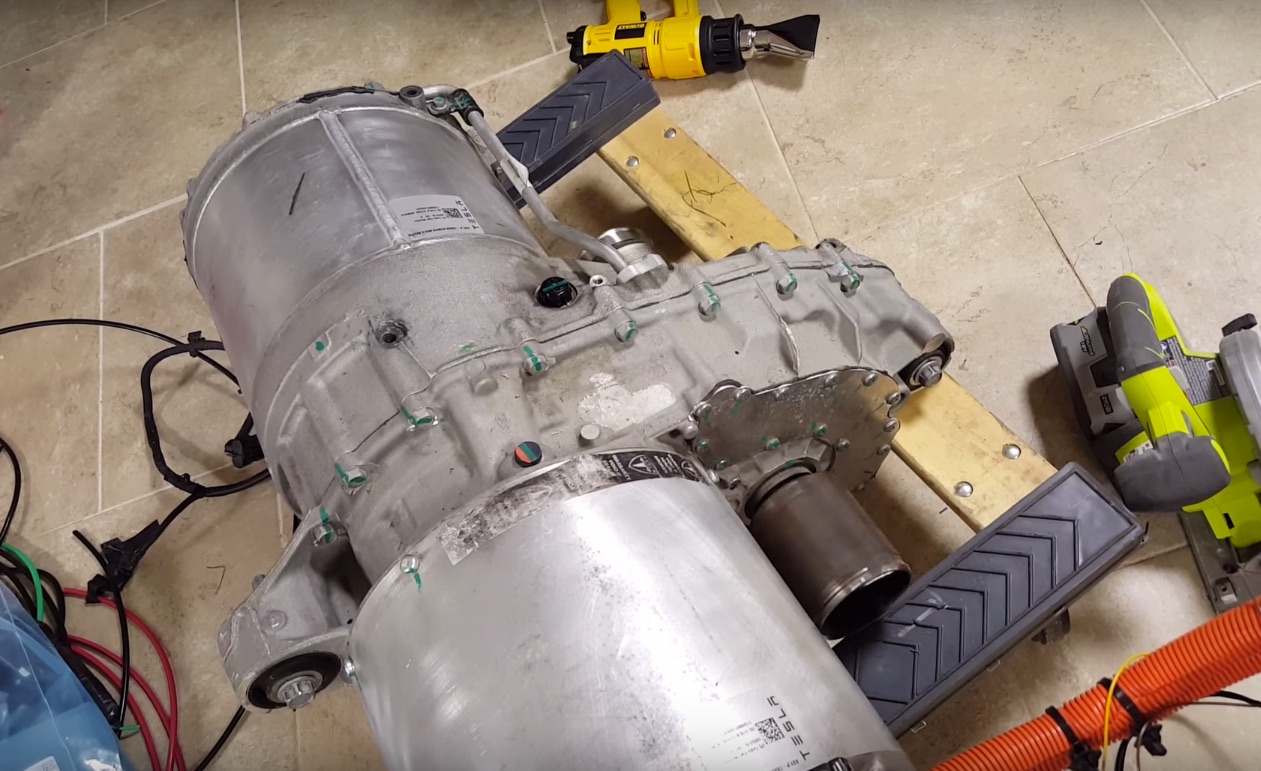 White hat hacker Jason Hughes has scored a Tesla drive unit to play with. He says it took him less than 12 hours to get it running.

Jason Hughes, the well known white hat hacker, has finally gotten his hands on a Tesla drive unit to play with. Here’s the narrative that goes with his YouTube video.

“Received this motor this afternoon. First one I’ve gotten my hands on, finally! 🙂 From scratch, got it spinning this evening. Took me longer to get it down here to my work area (waited on some help… this is heavier than it looks) than it did to get it actually get it hooked up and to decipher the data needed and write the software that makes it spin. Still some work to do in that area to make everything nice and functional, but the hard stuff is done. I’ve had the unit in my possession for about 12 hours, many of which were spent out running errands and other unrelated stuff.”

This latest reveal by Hughes could lead to more interesting “hacks” of the Model S to come. Areas that we think might be interesting to explore is the vehicle’s regenerative braking capabilities, in specific being able to alter the behavior and limits to regen .

Hughes is well known to Tesla fans. Most recently, he added the hardware that makes Autopilot possible to his wife’s Model S. Her car was built prior to October, 2014, which is when Tesla first began installing the cameras, radar, and sensors for Autopilot at the factory. Hughes says he did it because it was less expensive than trading in the car for a new model, but in reality we think he just wanted to prove he could.

He is also the fellow who told the world about the upcoming 100 kWh battery that will make a P100D possible. That car has already been nicknamed a “plood,” even though Tesla has yet to confirm that the larger battery exists or when it will be available. For that feat, Hughes got a tweet from Elon Musk that famously said, “Good hacking is a gift.”

@wk057 @TeslaMotors Wasn't done at my request. Good hacking is a gift.