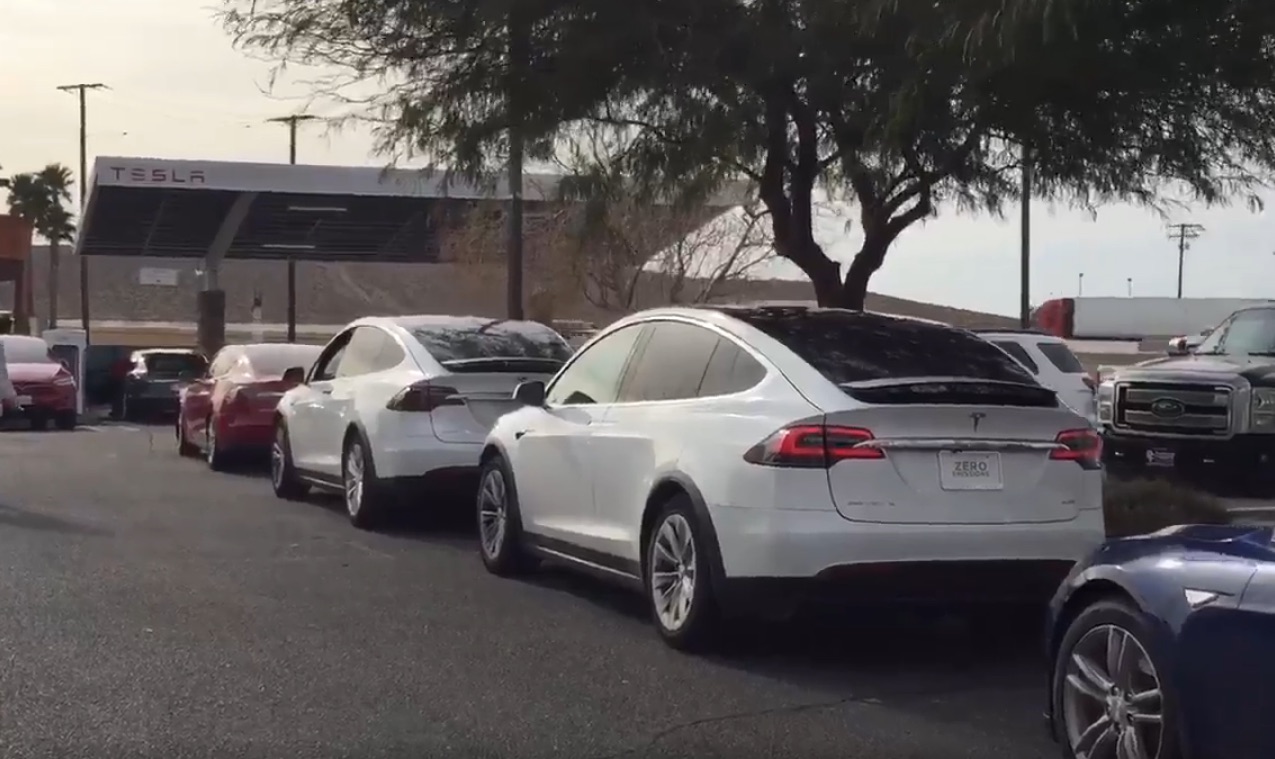 Tesla CEO Elon Musk has made it known that the company’s latest ‘top priority’ is to increase the number of charging stalls across popular Supercharger locations.

The reveal, made by Musk through Twitter, follows another recent Supercharger related announcement that Tesla will begin charging drivers an idle fee if they leave their vehicles plugged in, after it has already reached its charging limit. Tesla also announced that it will no longer be providing free unlimited Supercharger use for vehicles ordered after January 15. The updates are all part of a company-wide initiative aimed at reducing Supercharger congestion and facilitating efficient use of each station.

@matt_mantyla @TeslaMotors Increasing capacity at existing Supercharger locations now has top priority. Some are overflowing while a nearby one is empty.

Musk acknowledged on Twitter that some of the busier Supercharger locations are “overflowing” while others nearby remain empty. To address the issue, Tesla will focus on the expansion of Supercharger stalls at existing locations. We saw the same behavior take place during the early days when the majority of Supercharger stations had only four stalls but later expanded to eight and twelve stalls.

As the company began to increase vehicle production and delivery numbers, the number of Supercharger stations and stall counts also increased. But despite the efforts being made to alleviate congestion, Model S and Model X owners continued to report long lines at popular Supercharger locations, causing drivers to wait an hour or more before being able to plug in.

#dayafterchristmas Barstow supercharge station many tesla cars are in line waiting to their turn to be charged pic.twitter.com/Lw5kAlAtCU

With Model 3 anticipated to see production levels of nearly 500k per year when full ramp is achieved, concerns over Supercharger crowding are top-of-mind among many existing Tesla owners.

A future software update for ‘later this year’ will allow Tesla vehicles to know the current utilization of a Supercharger station and direct them to less congested locations.

@mbhnyc It will in an upcoming release later this year