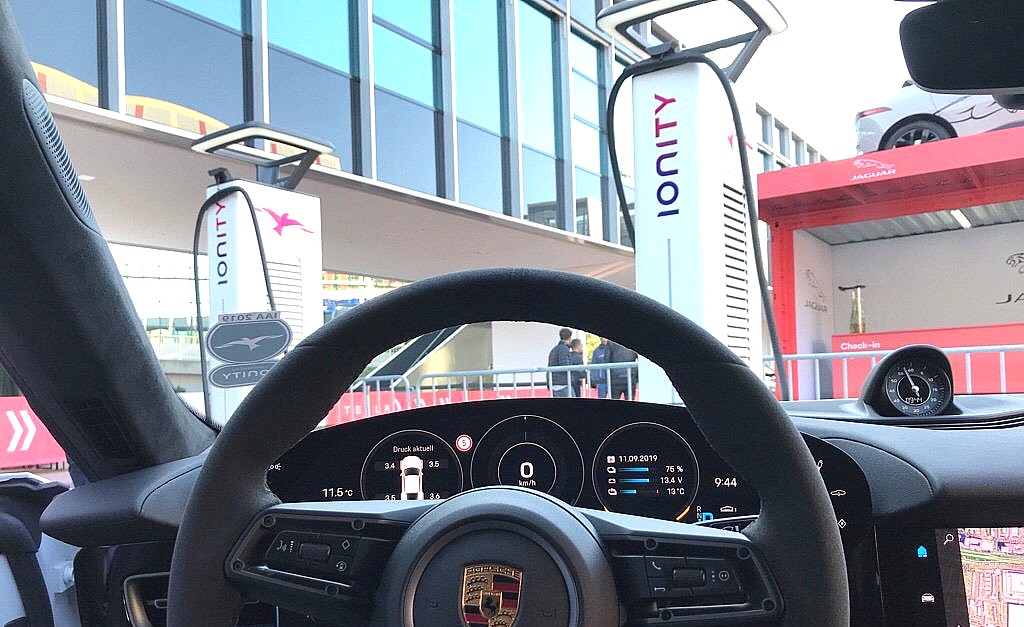 Electric Vehicle charging company IONITY has unveiled a new 350 kW charger that the company anticipates will perform very well in the European markets thanks to its record-fast charging times.

IONITY’s new “Halo” charger, unveiled in Frankfurt, Germany in mid-September, is named after the bright LED light it will emit from the top. It will offer seven different language options and contactless payment methods, allowing for pain-free transactions. The chargers will utilize a liquid-cooled system, much like Tesla’s 250 kW capable V3 Supercharger. The light emitted from the charger will be bright enough to eliminate the need to install additional street lamps at the charging sites, making the chargers even more eco-friendly.

IONITY signed a contract with the electric car charging manufacturer Tritium in May. Tritium is responsible for installing not only the newly released “Halo” chargers but also the existing Veefil-PK 350 kW high-powered chargers (HPC) in 120 different locations in 23 different European countries. Tritium and IONITY signed a similar 100-location deal in July 2018.

IONITY and Tritium plan to have a mixture of both the Veefil-PK and Halo chargers available at 220 of the 400 planned EV charging sites across Europe. Greve, Denmark will be the first location for the new Halo chargers. IONITY says that they plan to have six chargers at each location, making an estimated 2,400 charging points available for European electric vehicle drivers to utilize.

“We are confident our revolutionary next-generation high-power chargers will accelerate the breakthrough momentum of the expanding IONITY network. The new design, featuring innovative lighting solutions, an advanced digital user interface and a class-leading engineered architecture will make charging an EV even more convenient for drivers,” IONITY CEO Michael Hajesh said.

The charger is expected to give electric car owners around 220 miles of range in only 10 minutes. “It’s not just about the speed of the charge but the experience for customers,” Tritium CEO David Finn said in May. “These chargers will soon be ubiquitous along the highways of Europe and ensure that the increasing number of EV owners across the continent will be able to drive whenever and wherever they want.”

The companies are also looking to make chargers more readily available to EV owners and that could be a sign that a more drastic push toward eliminating ICE vehicles than expected is going to take place. Eight European countries already have petrol-bans in place for the future, forcing large auto manufacturers to adapt to the ever-growing electric car revolution.