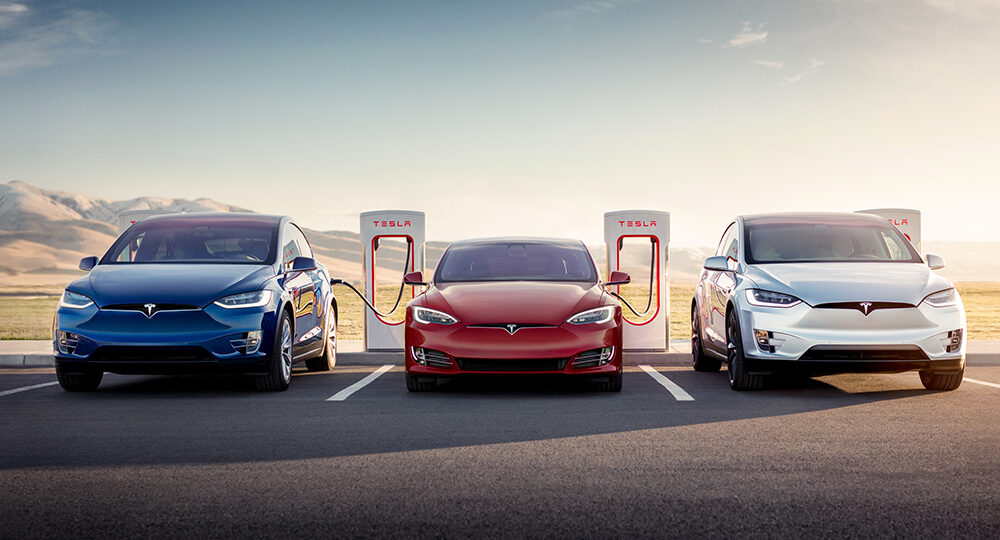 Tesla Supercharger V3.0 will be 200 kW and liquid-cooled, says source

Tesla is set to reveal details for the third iteration of the company’s fast-charging Supercharger tomorrow. Speculation for Supercharger V3.0 point to a charger that has a power output of 200 kW, uses liquid-cooled cables and has a slightly larger footprint than the current generation Supercharger.

Details originating from the TeslaMotors subreddit community, hint at a first, fully redesigned Supercharger V3.0 charging station that will be located in the Northwestern United States and along major corridors that serve as key bridges between other charging locations that are spaced further apart.

Redditor NetBrown, citing a source that’s familiar with the Supercharger 3.0 project, indicates that the charger will have a built-in coolant system at the base of the unit that pumps fluid through a thinner charging cable. The chargers can support up to 250 kW of max power but will at first be limited to 200 kW. Model 3 vehicles and their 2170 form factor battery cells will be able to leverage the higher charging rate. However, it’s still to be determined what rate of charge Model S and Model X vehicles can support. This will vary by the generation of vehicle.

Other rumored details being shared about Supercharger V3.0 include:

The ultra-fast chargers will initially be meant for long-distance travel only. The next-gen chargers will be deployed in key locations to bridge gaps in the existing Supercharger Network, such as in Forks, WA, and North Bend, WA. Each V3.0 station will also have a site master controller equipped with 4G LTE, allowing the units to be monitored remotely by Tesla but also communicate directly with the vehicle for usage and billing information.

Tesla owners will see benefits once the rollout of Supercharger V3.0 is fully underway. Long-distance trips will be faster as stops in charging stations will get shorter. The ultra-fast chargers will help the company address Supercharger congestion as well, as the faster-charging speeds will also result in faster vehicle turnover, allowing more cars to access a station over some time.

Beyond Supercharger V3.0, Tesla is working on a commercial Megacharger station that’s being developed for its fleet of all-electric Semi trucks.

Tesla Supercharger V3.0 will be 200 kW and liquid-cooled, says source