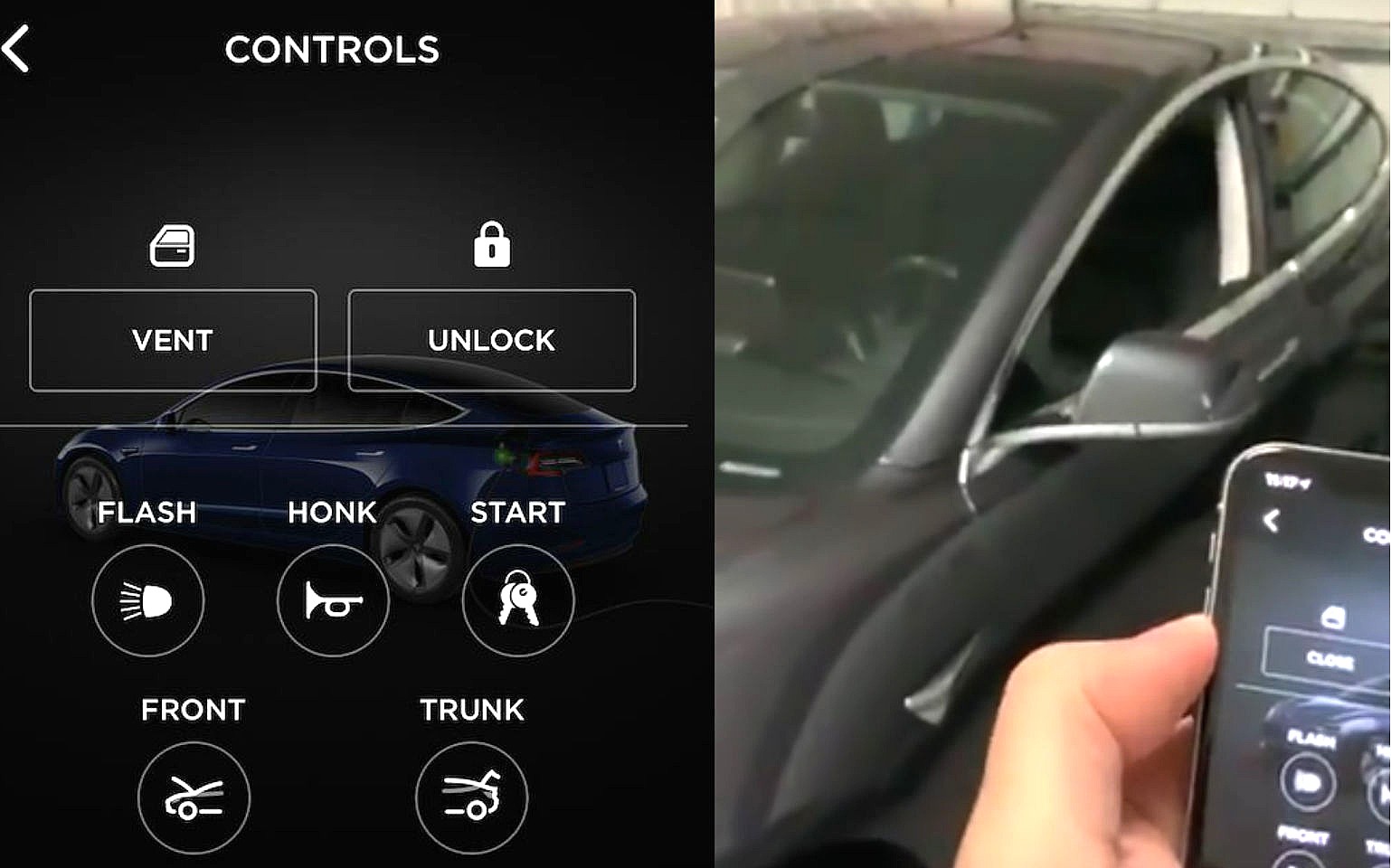 Tesla has begun rolling out a new update for its mobile app that introduces a clever feature allowing owners to close and vent their vehicles’ windows through their smartphones. This simple yet immensely welcome function was initially reported by members of the Tesla community using iOS devices.

An image depicting this new feature was shared by Tesla owner u/jwardell, who posted a screenshot of his mobile app’s home menu that includes the new feature. The close and vent buttons are situated at the top left corner of the Tesla mobile app, beside the button that allows owners to lock and unlock their electric car.

Following his post, u/jwardell mentioned that his mobile app is running v3.10.0. That being said, the Tesla owner’s vehicle appears to be part of the Early Access Program, as evidenced by other owners remarking that they have the same app version but do not have access to the new feature.

A video of the new function in action was shared on Twitter by @coptertube, who provided a quick look at how the vehicle’s windows react to owners’ input from the app. Based on the brief footage of the app-based window function, it appears that pressing the window button once will drop all windows about 3 inches, and pressing it again closes all four.

Interestingly, the avatar of the vehicle on the homepage of the mobile app does not seem to react to the window’s movements. This would likely be addressed by Tesla when the feature is released widely to the company’s fleet of vehicles, but for now, this minor flaw is fondly considered by Early Access Program members as a bonafide first world problem.

While a feature allowing owners to close or vent their windows through their smartphone might be a minor function compared to Tesla’s other, more serious features such as Autopilot and Smart Summon, these small changes help make the overall Tesla ownership experience convenient and dynamic. It is these little improvements, after all, that proves that Teslas, unlike other vehicles, can actually get better over time.

Based on the fact that the window close and vent function on the Tesla mobile app appears to be active only among members of the Early Access Program, there is a good chance that Tesla will conduct a mass rollout of the feature together with the V10 Update, which is expected to be released in the near future. V10 is expected to introduce several new improvements to Tesla’s new vehicles, including novel features like the Tesla Theater, Joe Mode, and the highly-anticipated Smart Summon.