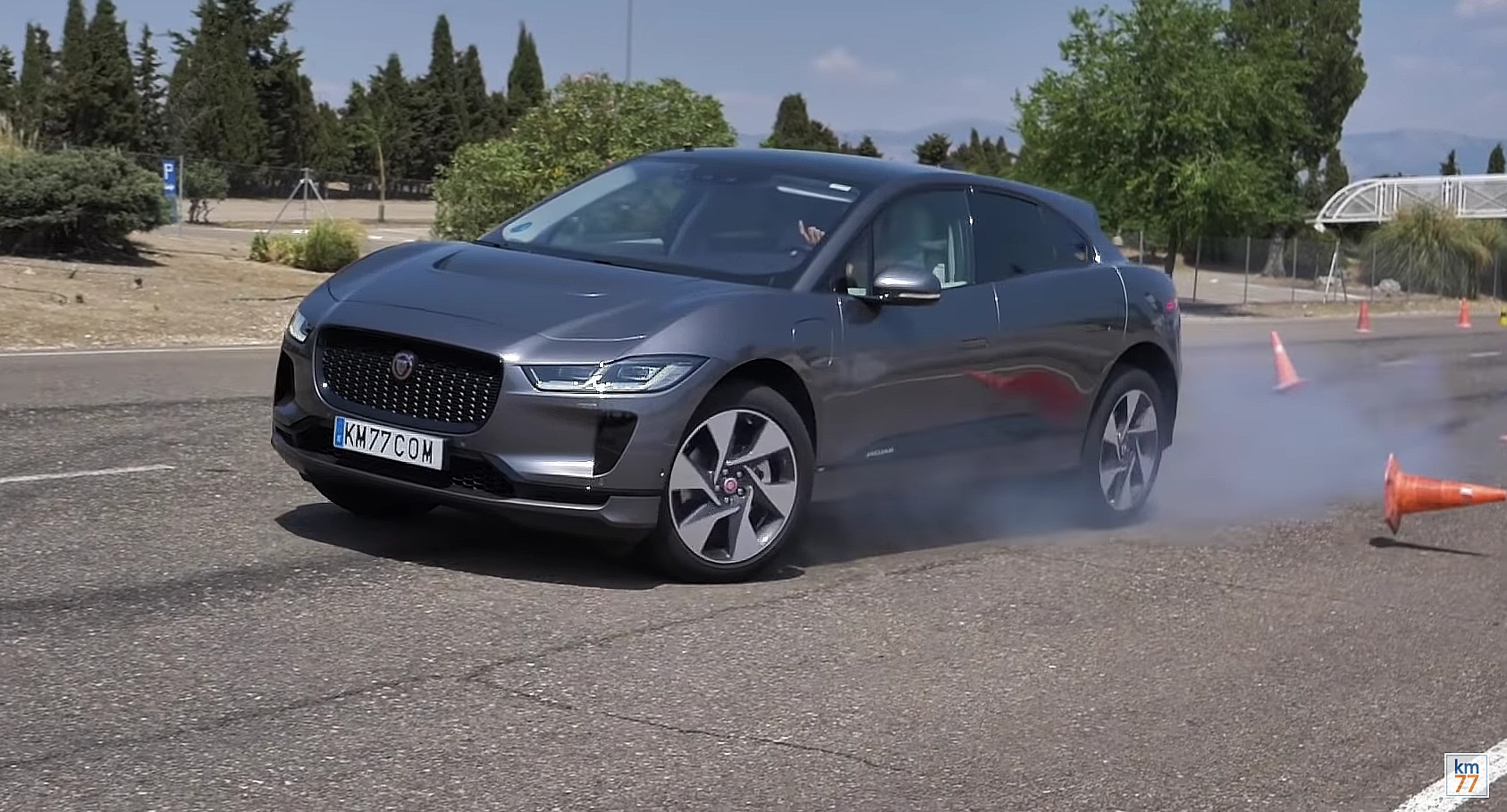 The Jaguar I-PACE, one of the most decorated EVs in the market today, has taken on the infamous “Moose Test,” which evaluates how well a vehicle could evade an unexpected obstacle on the road. Unfortunately for the esteemed all-electric crossover SUV, its own safety systems proved to be its Achilles Heel, resulting in the vehicle failing the iconic test.

The Jaguar I-PACE’s Moose Test was conducted by auto publication Km77.com, which described the vehicle’s overall results as “modest.” Footage of the all-electric SUV’s tests showed the I-PACE performing poorly in the Moose Test despite its low center of gravity. The vehicle was able to perform well at an entrance speed of 73 km/h (45 mph), though the publication mentioned that this speed was quite low.

A look at the test footage of the I-PACE reveals that the culprit behind the vehicle’s poor Moose Test results was its electronic stability control (ESC) system kicking in too hard or too early. In the Moose Test, for example, the I-PACE would approach the obstacles perfectly in a balanced and poised manner, but once it begins the evasive maneuver, its ESC kicks in and locks the outside wheels, resulting in the driver losing some control.

Much of the I-PACE’s issues seem to be due to its software and electronics, which plays a significant part in the activation and use of the vehicle’s electronic stability control system. Fortunately, such issues could be addressed by the veteran automaker, hopefully through an over-the-air update. Finely-tuned software, after all, is something that is expected of vehicles in the I-PACE’s ~$70,000 price range. The more affordable Tesla Model 3, for example, aced the Moose Test, even setting an entrance speed record of 83 km/h (51.5 mph).

The results of the Jaguar I-PACE’s Moose Test were quite surprising considering the vehicle’s reputation as one of the, if not the most, decorated production car in modern automotive history. In the first year alone, the I-PACE received over 60 international awards from several automotive industry groups. The awards recognized the crossover’s handling and performance, tech and innovation, and design, to name a few. More than a dozen “Car of the Year” awards have also been given to Jaguar’s all-electric crossover SUV.

Watch the Jaguar I-PACE’s Moose Test results in the video below.