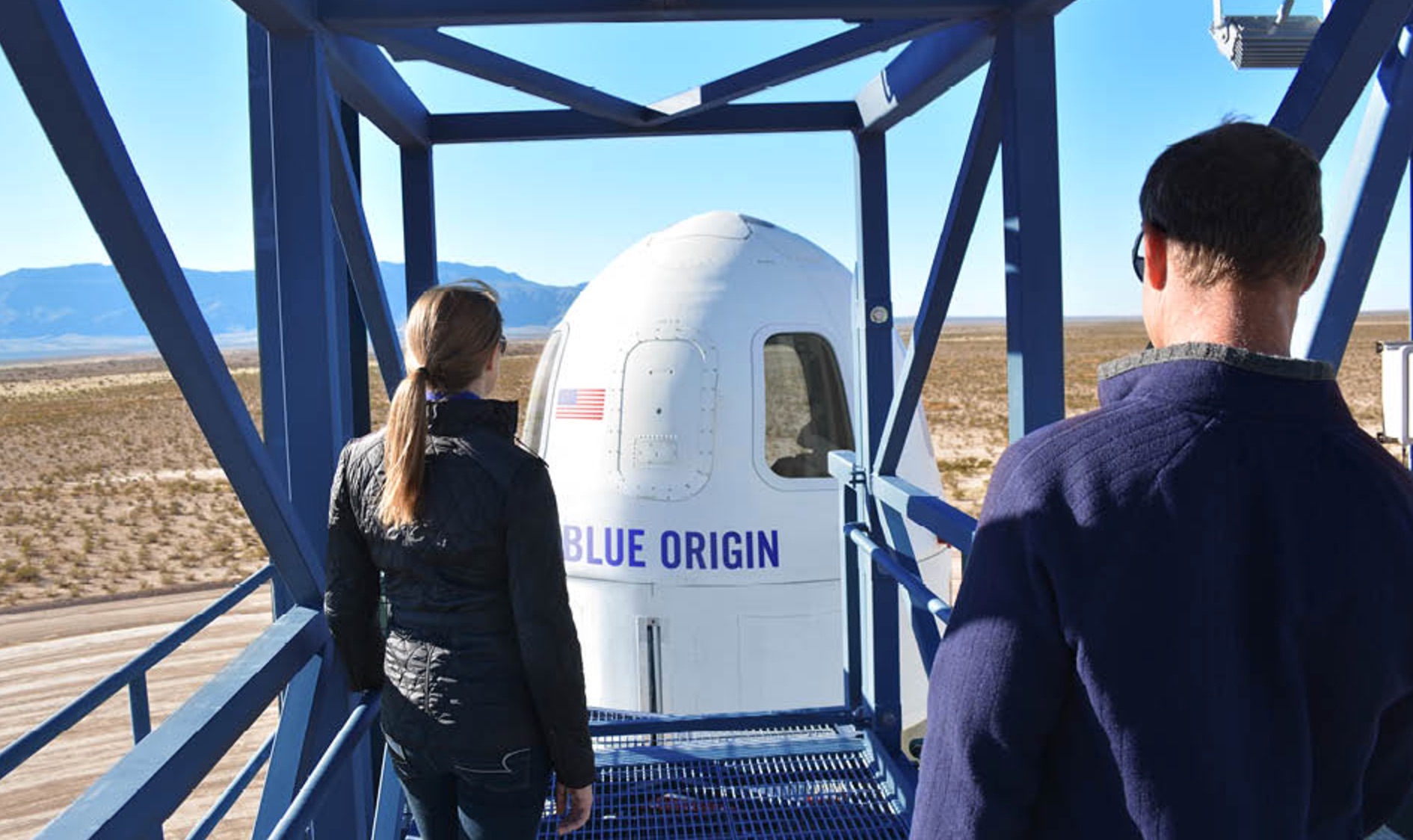 Jeff Bezos shook the space industry last week when he announced that he would be personally selling $1 billion in Amazon stock each year to fund development of his SpaceX-competing Blue Origin space company.

Blue Origin was the first private space company that achieved the successful launch and recovery of a stage 1 booster in 2015. The young space company backed by Amazon Founder and CEO has continued to refine its rocket technology since its historic landing, as the company aims to build a reusable transportation system to support human travel into space. “Reusability is the key to getting millions of people living and working in space”, said Bezos during the 33rd Space Symposium in Colorado Springs last week.

Also in attendance at the symposium was rival SpaceX which in recent weeks has been talking about plans to turnaround space missions in less than 24 hours. Unlike SpaceX’s Falcon 9 rocket, Blue Origin’s “New Shepard” reaches a much lower altitude that’s shy of achieving Geostationary Transfer Orbit. Despite not having the same proven technology as SpaceX, Blue Origin was able to secure its first two commercial customers last month when it signed Eutelast and OneWeb for future space flights.

While SpaceX pushes forward with its goal to create affordable commercial space missions and build a technological bridge to Mars, Blue Origin is focused on the space tourism market. Blue Origin envisions a market for short space trips where six customers at a time will be able to experience weightlessness and take in a rare view of the earth from space. The journey into space will take approximately 10 minutes after which the stage 1 booster will return back to earth. The space capsule with humans onboard will continue to the desired altitude for a couple of minutes, before descending back down to earth.

Blue Origin and SpaceX will be competing for moon missions in the future. Moon missions will require a more powerful “New Glenn” rocket which the company expects will cost around $2.5 billion. The development track of New Glenn parallels that of SpaceX and its Falcon Heavy rocket which is scheduled to see its first flight later this year. New Glenn is scheduled to liftoff in 2020.