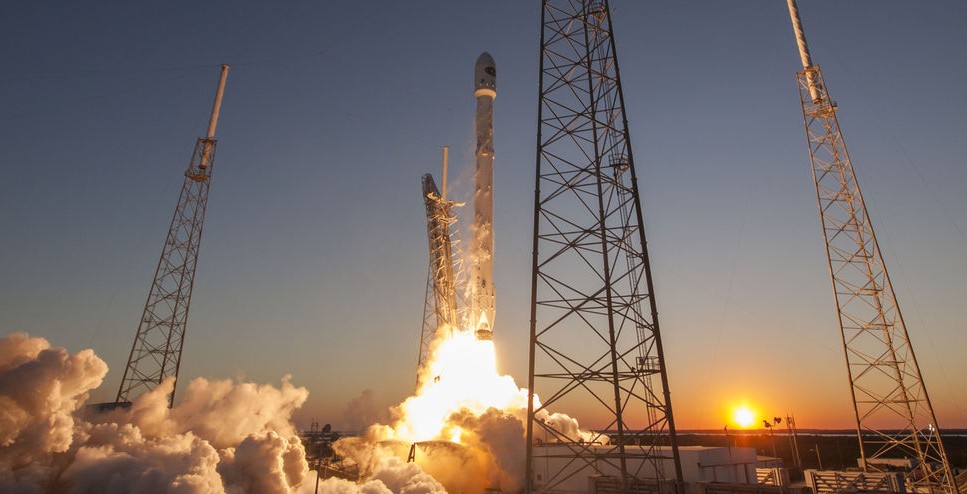 The latest SpaceX resupply mission to the International Space Station ended in failure when its Falcon 9 rocket exploded 2 mintues 19 seconds after launch.

The latest SpaceX mission bringing critical parts to the International Space Station has ended in failure. The unmanned Falcon 9 rocket carrying out the mission for NASA exploded a little more than 2 minutes into the flight. It appears the explosion occurred at the point where the second stage of the rocket ignited.

Falcon 9 experienced a problem shortly before first stage shutdown. Will provide more info as soon as we review the data.

The rocket’s Dragon space capsule carried 4 tons of food, fuel and science experiments. It was expected to return 1,400 lbs of cargo to earth after a one month stay at the orbital station. NASA officials say the astronauts onboard — Russians Mikhail Kornienko and Gennady Padalka and American astronaut Scott Kelly — have enough supplies to make it at normal levels until July 24. After that, they have reserves enough to carry them through until September. Three missions—two Russian and one from SpaceX—are scheduled to visit the ISS before then.

This marks the first failure for the Falcon 9 rocket in 19 missions and is a major setback for the company, which is facing major competition from a partnership between Boeing and Lockheed Martin called the United Launch Alliance. SpaceX also has critics in Congress  who question the wisdom of the $2.6 billion NASA contract awarded to the company to fly resupply missions to the ISS. So far, however, the aerospace giants are unable to match what SpaceX is charging the government for its services. SpaceX has recently been certified to carry national security satellites by the US Air Force.

The latest idea from SpaceX to save money is to capture the first stage of the Falcon 9 rocket after each use on a platform floating in the ocean. The first stage is the most expensive component and usually sinks into the ocean after fulfilling its mission. Re-using it would make SpaceX even more cost competitive with its rivals.

SpaceX expects to report further on the causes of the explosion after it has studied the data from the mission.