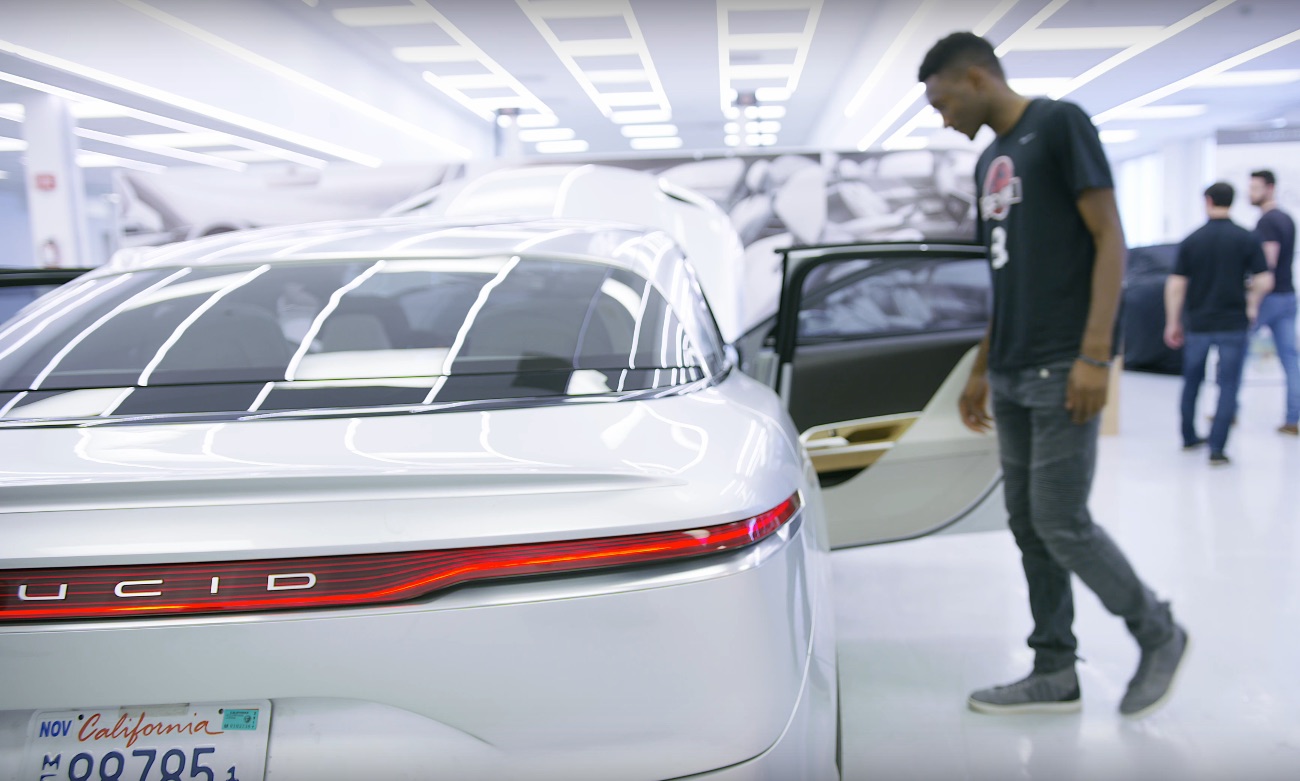 Lucid Air reviewed by MKBHD: inside the ultra-luxury “private jet on wheels”

Silicon Valley electric car startup Lucid Motors recently sprung from the virtual pages of the internet and into real life when it showcased the company’s ultra-luxury 1,000 horsepower sedan at two exclusive launch events in Southern California. It was the first time the world was able to bear witness to Lucid’s “private jet on wheels” transform from electric vaporware to arguably one of the strongest contenders in the luxury electric vehicle segment. Rivaling that of Tesla, if not beating them as maker of the most sought after electric car. But there’s one problem. The Lucid Air won’t be available for at least another year or two.

Luckily, YouTube superstar Marques Brownlee aka MKBHD had the chance to take us all on a journey to see what it’s like to sit in the lap of luxury known by one word. Air.

MKBHD was invited by Lucid Motors to take an exclusive look at Air from the company’s headquarters located in the tech mecca of Menlo Park, California. Erasing the surface comparisons with Tesla on price point, powertrain and power output, it is clear that Lucid Air is much closer to a Maybach, with strong focus on ultra-luxury and comfort, than the minimalist tech-focused interior found in Tesla’s Model S and Model X.

MKBHD dives into the Air with great footage of what appears to be a nearly production ready vehicle. Three primary displays complement the driving experience, pulling the driver into an experience reminiscent of the cockpit of a jet fighter. A fourth display hovers over the center console area much like a smaller version of the Tesla Model S and Model X center display, but with the added ability to retract into the dash.

Looking towards the sky, it’s clear where the Air gets its name. A massive panorama roof that feels awkwardly bisected by a “T” bar running down the middle provides shelter for critical functionality such as the vehicle’s front facing sensors, an LED light strip that runs back towards the rear of the car, and integrated sunshades – something Tesla muscled into the A-Pillar on the Model X.

Hopping into the back seats and the Air really sets itself apart from other luxury sedans on the market, namely because of the optional recliner seats that have the ability to lay back to a nearly flat position. A small display in the center of the two rear seats allows for adjustment of the climate controls and other comfort functions.

Check out the fantastic video by MKBHD that takes an up close and personal look at the Lucid Air.

Lucid Air reviewed by MKBHD: inside the ultra-luxury “private jet on wheels”