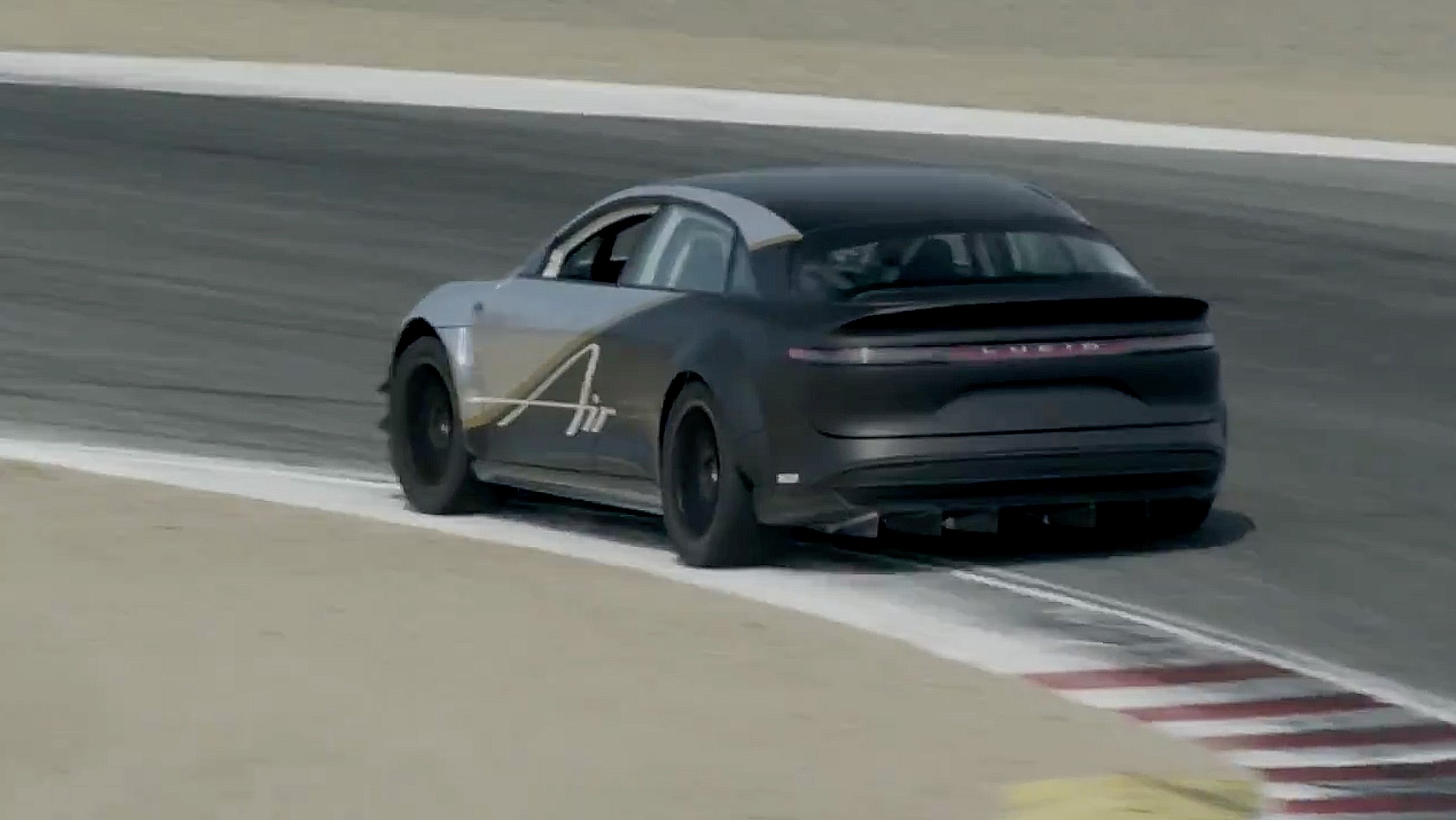 Lucid has officially released its Laguna Seca lap time for the Tri-Motor variant of the Air, but it is not quite as fast as the Tesla Model S Plaid Powertrain.

Lucid set a “personal best” at Laguna Seca with an out-of-the-box lap time of 1:31.3. An impressive lap time for a brand new automaker, the Air still beat cars like the Ferrari 488 GTB, Porsche 911 Turbo S, and the Dodge Viper SRT-10 ACR.

But, it is still a second slower than the Plaid Model S that Tesla unveiled during the Battery Day event on September 22nd.

We recently set a new “personal best” while at Laguna Seca Raceway for #LucidAir chassis tuning and powertrain testing: An out-of-the-box lap time of 1:31.3.

The performance from the Lucid Air is undoubtedly impressive. Lucid is a relatively new manufacturer, and the Air is the first car that the company has ever made. The Tri-Motor variant is its fastest configuration of the vehicle, and at one point, it smashed the Model S Plaid’s record that Tesla had set upon announcing the new powertrain in late 2019.

Tesla’s initially recorded time of 1:36.555 seconds was the track record at the 2.238-mile Laguna Seca raceway. On September 17th, 2020, the Lucid Air ran what seemed to be a 1:33-second lap at the track, which was recorded on video by The Kilowatts. This would have beat the Model S Plaid’s lap time by over 3.5 seconds, a considerable margin in automotive racing.

Lucid confirmed that the lap time was 1.31.3 seconds, making it a “personal best” at the track for the new automaker. It was not a track record for production models, however. The Plaid Model S ran a 1:30.3-second lap, a record for fully-electric vehicles at the track.

The rivalry that has come between Lucid and Tesla in recent memory has come from performance-based standards, and not with EV tech. Lucid has boasted its ability to run impressively fast quarter-miles and quick laps around Laguna Seca. But it seems that Tesla’s improvements to the Model S Plaid Powertrain over the past year have simply eclipsed Lucid’s tech for now.

The two companies seem to be indirectly competing with one another in order to establish themselves as the king of EV performance. Interestingly enough, both Lucid and Tesla are continuing to improve their vehicles and powertrains, and it seems that the battle may be far from over.