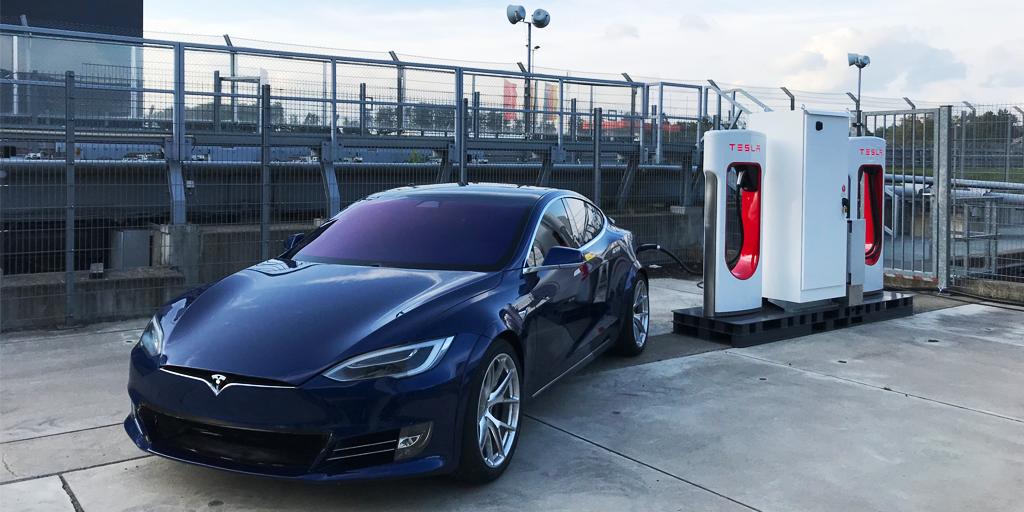 Lucid was testing its Tri-Motor variant of the Air, its first production vehicle, at the Laguna Seca Raceway in California last week, and some unconfirmed times of the run stated that it set a new record. The previous record was held by Tesla’s Plaid Model S in late 2019. While some may see it as simple competition between two electric car companies, the timing of Lucid’s testing seems to point toward one thing: the company is looking to downplay the rumored release of the Tesla Plaid Powertrain.

Luci took the Tri-Motor Air to Laguna Seca on Thursday, and video from The Kilowatts showed that the car was running spirited laps at an impressive pace. However, spirited can be used subjectively here, because it appeared the be more than just a causal testing run. Lucid was going after a record, and it beat Tesla’s most impressive car to date.

With a time of 1:33, which has not yet been confirmed by Laguna Seca officials, the Tri-Motor Air beat the Model S by 3.555 seconds, a considerable margin in racing terms.

However, the fact that Lucid beat Tesla’s record and purposely kept the Tri-Motor variant hidden during the company’s very public unveiling of the Air on September 9th seems to show Lucid had other intentions. They didn’t want just to beat Tesla. They wanted to spoil Tesla’s Plaid party, which was supposed to be a big deal.

Nevertheless, Tesla could unveil the Plaid Powertrain on Battery Day, and rumors suggest that it will do precisely that. But, if Lucid manages to release confirmed times of its Tri-Motor variant, it could make Tesla’s Tri-Motor Plaid announcement less memorable than initially anticipated.

Tesla still has something that Lucid does not have: a car in production. The Plaid Model S is wider than the currently produced variants, it has more aerodynamic features, like a rear diffuser, and it has three motors, instead of the Dual Motor setup that Tesla uses presently.

Hypothetically, if Lucid were to release details on its feat at Laguna Seca on Monday, it would basically be an attempt to one-up Tesla ahead of Battery Day. Taking the attention off of Tesla ahead of what could be the biggest day in company history would be a move that could spell a significant rivalry. However, Tesla is no stranger to using competitors’ momentum against them. Just ask Rivian and Nikola.

Whatever Lucid decides to do as far as announcing the times of the Air is the complete choice of the company’s executives. However, Lucid should remember that, even though they have a higher range rating and better performance than Tesla, they are still a new company without a car in production. CEO and CTO Peter Rawlinson knows that, as he once said that Lucid hasn’t accomplished anything until a vehicle is being rolled off of production lines.

If Lucid announces the record ahead of the 22nd, Battery Day could get even more interesting.