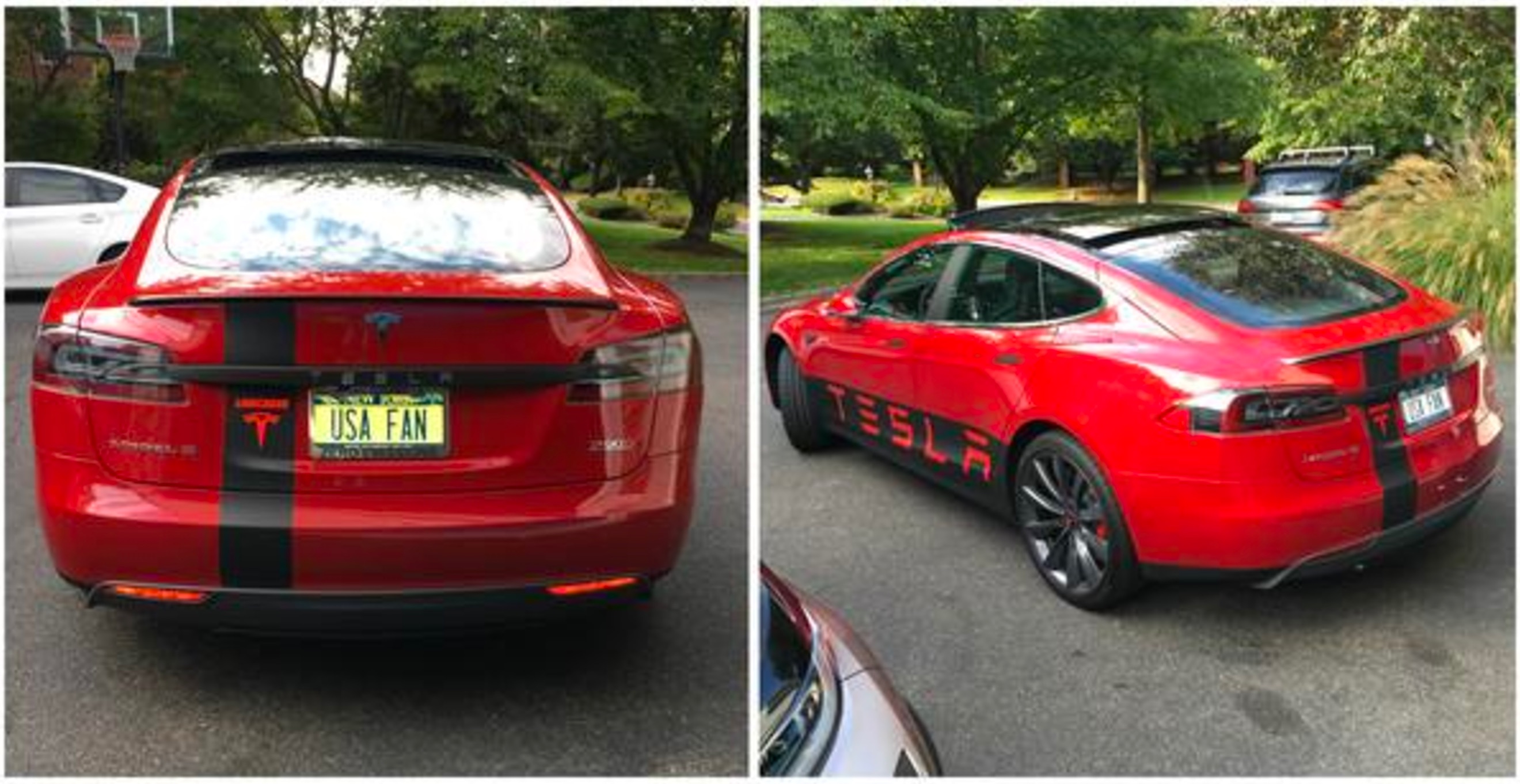 The following story was first published by Matt Pressman at EVANNEX.

We get amazing photos and stories from Tesla fans all over the world. Whether it be rock stars, pro athletes, or avid Tesla owners, we’re fortunate to have connected with so many in the Tesla community. One intriguing email came in just recently. Steve Distante wrote to us, “I have been called Tesla’s #1 fan… I belong to a couple of Tesla groups and have been called a narcissist, an egomaniac and awesome, I prefer the last one” — indeed, we agree with that last adjective — Steve’s pretty awesome and it was fun to learn more about his love for Tesla.

First of all, Steve loves his Tesla Roadster: “My 2010 Roadster was a gift for my 50th birthday from my wife Heidi, she knew I was in love with the car and arranged for my baby… it is definitely a little guy and I either [get] asked ‘How do you fit in that?’ or ‘I love your Ferrari’, both of which make me smile. I had that one wrapped with the same attention-getting red on matte [black] design as well as a couple of logos…. This [Roadster] is a very fun car.” 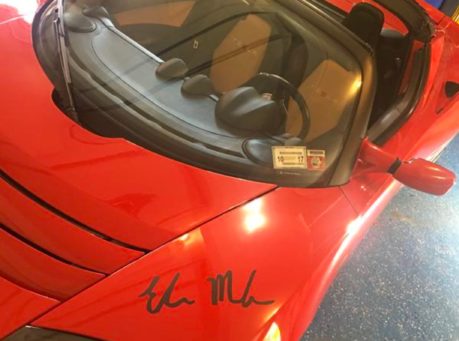 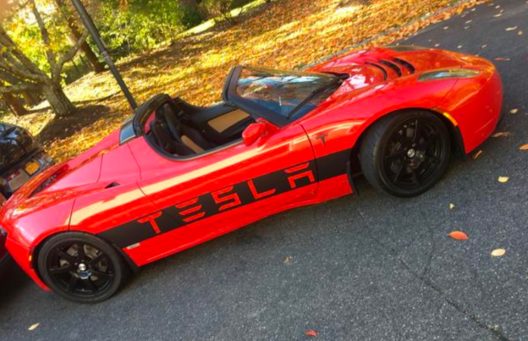 I asked him how he first discovered Tesla and he explained, “My love for Tesla started after watching the documentary, Revenge of the Electric Car, which educated me about the history and the impact that we could have if we embraced electric vehicles. That is also where I began to appreciate how Elon Musk risked everything he owns, to make a difference with the vehicles that we drive.” Steve provides more in-depth insight into his unbridled love for electric cars and Tesla during an interview on The Grey Ave Podcast.

What about his Tesla Model S experience thus far? Steve explained, “My current P90D with Ludicrous Mode is my second Model S. I was about to customize my P85D and I reached out to my local dealer and they had great deals on this demo with 21’s and a sunroof, which I didn’t have. I had planned to do a [vinyl] wrap on the P85D and decided to go a little crazy on the P90D, since I was already thinking about customizing in the first place. I added carbon fiber accents, a stripe and the red lettering the ‘wrapper’ used is reflective [see top image], so it is really obvious at night!” Steve’s commitment to clean energy extends from his cars to his work: “I have a LEED Platinum headquarters for my business powered by 295 solar panels and [I also] had two electric car charging stations [installed]. Last year we achieved 95.3% of our power from the sun… I own an investment firm that teaches people about a special way to invest called Impact Investing (also known as ESG and SRI), investing in things that are environmentally and/or socially beneficial. This is my purpose, to educate the public and advisors about this amazing way to ‘vote with your dollars’ by investing impactfully. I love it so much I created an online university called impactu.me to share, educate and certify advisors who want to learn more.”