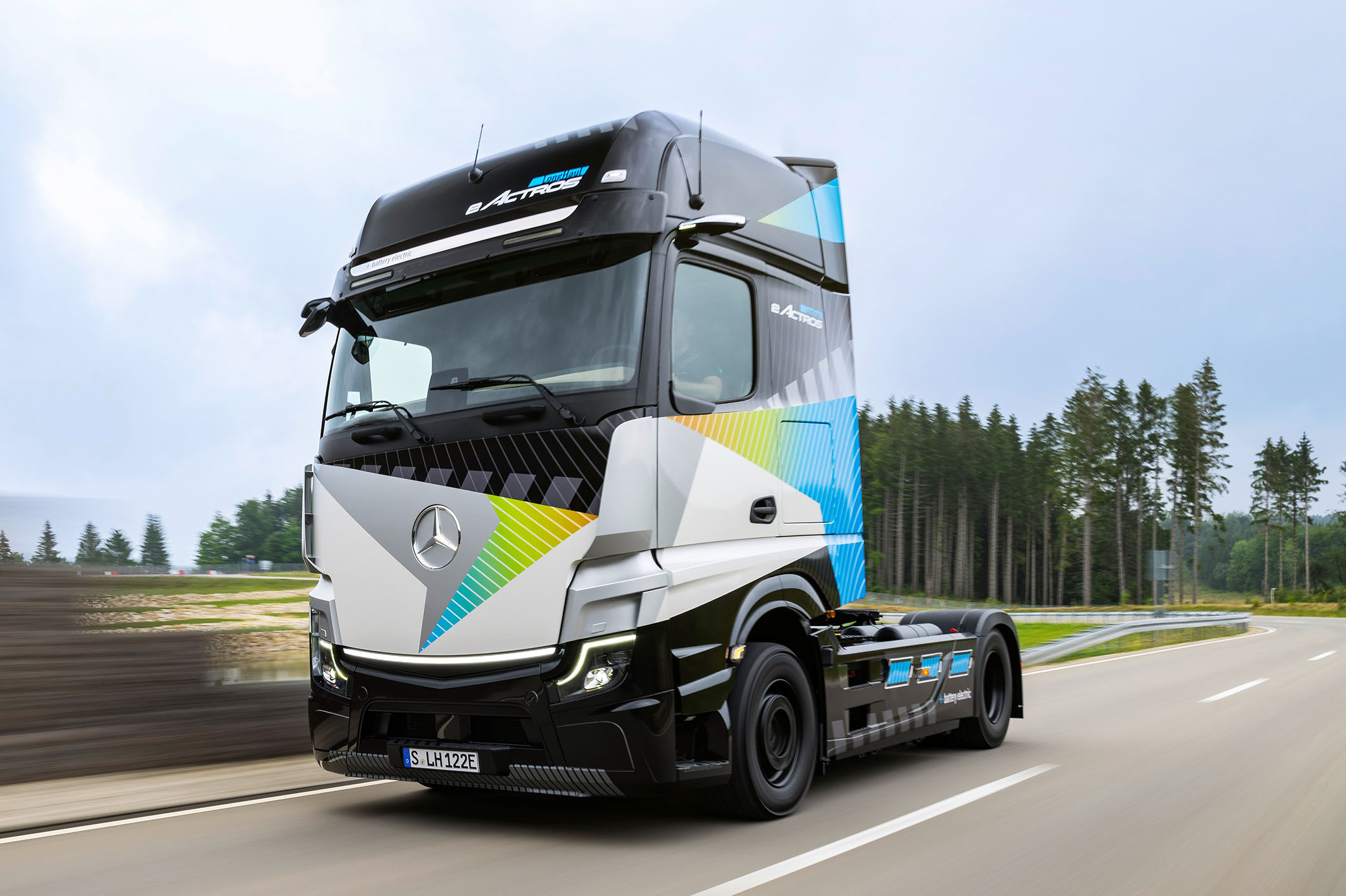 While much of the world is looking to electrify transport, electric semi-trucks lag behind consumer options. Most semi-trucks in every major market remain gas-powered, likely due to a lack of good options. Long haul trucks require (as the name suggests) significant amounts of range, and Mercedes hopes to supply that with their Mercedes eActros LongHaul.

At the IAA Transportation event this week, Mercedes unveiled their concept Mercedes eActros LongHaul. The concept electric semi-truck hopes to address range concerns by boasting 500 kilometers (~310 miles) of range on a single charge via a 600kWh battery. The enormous battery system can be replenished from 20-80% in just 30 minutes and powers a dual motor system that supplies 805 peak horsepower.

Along with the electric semi-truck, Mercedes may also sell an “etrailer” that can provide an additional battery to the semi, adding up to a total range of 800 kilometers (~500 miles).

To make their trucks operable, Mercedes has partnered with Volvo Trucks and TRATON Group to install electric semi-truck chargers throughout Europe.

However, Volvo Trucks is not just a partner but a competitor in the electric semi-truck market. However, customers of electric semi-trucks should note that Volvo’s truck is in production and on the market, unlike the Mercedes, which was made very clear to be a “concept prototype.”

However, any real-world offering is better than a concept in my mind. While Mercedes is making big promises with this concept, they have not laid out a timeline for introducing a production version of the eActros LongHaul. Legacy makers are up against the clock when it comes to electric semi-trucks. With multiple real-world options now available from Nikola Motors and Volvo Trucks, to name a few, they will have to move quickly not to be left behind.