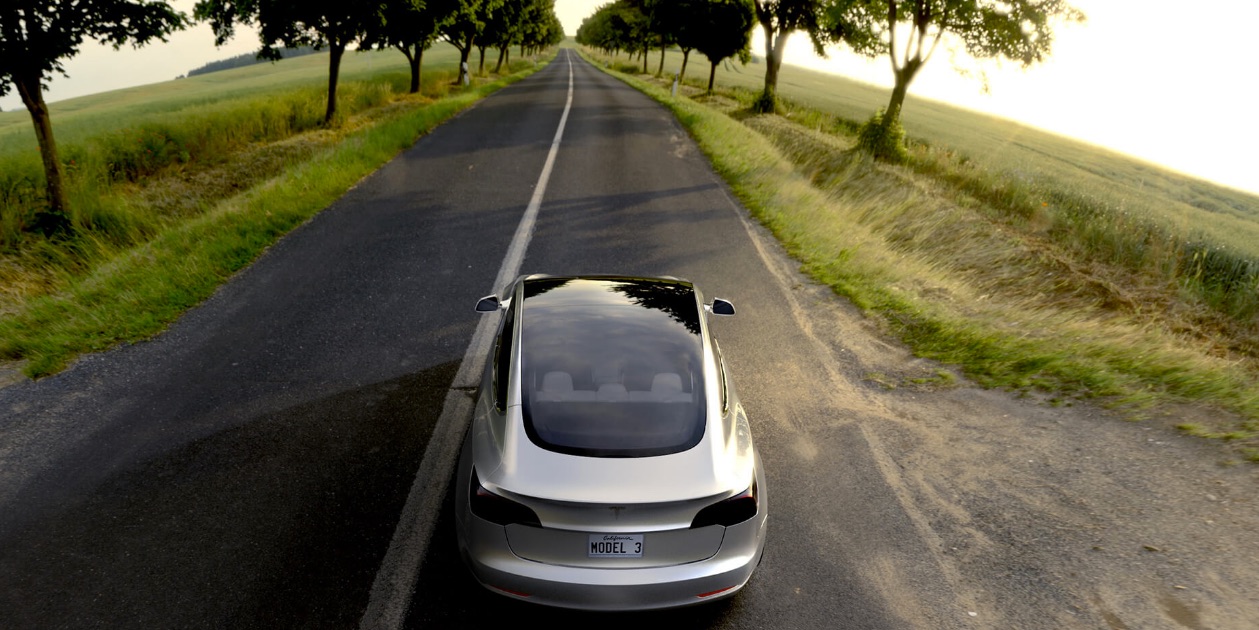 From what tidbits Tesla has shared, it’s already “pencils down” on the Model 3 design. We’ve seen the prototype, we’ve poured over spy spots and video stills. We’ve even accidentally drooled on our copy of a Franz print. (Oh, that was just me?) In fact, there are quite a few things we already know.

But because this is the age of instant information and chronic impatience – and because I have an enormous amount of faith in Tesla – I’ll pass the time by sharing 10 things I hope to see on the smaller and much more affordable Model 3 that if true, would arguably make owning it an even better experience than the Model S.

The Model 3 will require a smaller battery to go 200 miles on a single charge than a Model S would require. What this should also mean is that on a miles per kWh basis, it’s cheaper to drive than the Model S. I’ve already figured out using very rough and imperfect math that it costs me $.06/mile to drive the Model S given our just slightly above average electricity rates. That is about 1/3 the cost to run my ICE. It’s a bit closer now as gasoline prices have dropped, but the Model S still wins by plenty. If the Model 3 does what I think it will, it should cost even less.

Maybe it’s me, maybe it’s my age, or maybe it’s the fact that I’ve never owned a 4-door car before the Model S but I really crave a slightly shorter wheelbase in a car. The Model S is a phenom in acceleration at any trim level. The Model 3, especially in a dual motor Performance version, will be no different. Pair this with the agility that comes with having a lighter, shorter car and perennial favorite “car guy” cars like the BMW 335 or Mustang GT will be made to look a fool.

This right here. Of all the goofy things a person can insist upon when picking out a car, a tightly tuned steering situation is inordinately high on my list. In fact, I almost ended up in a Camaro or Mustang in late 2012. My machismo really wanted to like them. Aside from the fact that I couldn’t actually see over the hood scoop in certain models, I loathed feeling like I was steering a minivan and thus opted for neither. Well, what I assume a minivan feels like. I’ve never actually had the pleasure (?) of driving one. It should go without saying that Tesla will offer driver selectable steering on the Model 3 like it does on the Model S. This pairs nicely with my wheel base argument.

I’m anti a lot of stuff: Anti “big oil,” anti the color olive green, anti waiting in line at a chain restaurant when you live in a major city with approximately 17,045 better places to eat. One of the other things I’m against is something that our Model S has not only indulged me on but has made me more so. I’m of course talking about car clutter: unnecessary buttons, knobs, cupholders, nooks, crannies and dust magnets. I do expect a center console of some sort, as well as some semblance of perceived normalcy regarding cupholders but I trust Tesla will maintain their trademark lack of crap.

Ease of manufacturing was a major cornerstone of designing the Model 3. It needs to be given Tesla’s ambitious plans to ramp up production. Cupholders aside, I expect the Model 3 to have an even cleaner cabin. There may be a HUD, may be a simpler instrument cluster (if one at all) and there may even be super minimalistic HVAC vents. As if driving a Tesla isn’t calming and soothing enough, the modern, clean and clutter free interior I’m expecting will probably transport me to an even happier place than a Model S can. The Model S design, while utterly amazing and thus far ageless, was still made to look like a car. The original front end, for example, gently lulled first time EV owners away from the look and feel of a gasoline powered car. Model 3 will have to do no such thing in order to sell.

Tim the tool man Taylor would be proud that anyone who may own a non-performance Model S or X and chooses to add a performance Model 3 to their garage, may have a hard time going backwards. I don’t imagine it will be quite as stark a contrast as when a Model S owner jumps into a rental ICE, but it’ll surely be plenty to make you want pickup your 3 fob when given the choice.

A series of recent Elon tweets speaks to at least a moderate upgrade being possible for Autopilot on today’s equipped cars via software update. Because Tesla is Tesla, I also expect that some hardware refinements will be present by the time the Model 3 rolls off the line. Also because Tesla is Tesla, if the Model 3’s Autopilot isn’t better than a an early AP Model S at the moment you get the Model 3, it probably will be eventually. If my estimations are correct, I should have a Model 3 around my the third birthday of my Model S. (December 2017.) It speaks to reason that once my youngest Tesla grows up just a bit, he may even exceed the skills of his older sister.

Disclaimer: I have never owned a luxury car. The Model S replaced a Jeep Wrangler and to me, it’s perfect. It’s gorgeous, flawless even, elegant and comfortable. The leather, despite not being my choice, is soft and the cabin seems well put together. There are no rage-inducing rattles, nothing has faded or worn or cracked. The car is a real gem, at least in the eyes of someone with my car history. I fully expect the Model 3 will be manufactured with a fit and finish quality on par with an automaker far more experienced than Tesla. Even if it’s not, the many owners who have never had a luxury car before will probably, like me, assume it’s perfect!

See: fit and finish above. 30,000 miles later and I still have no idea why people say the seats in the Model S aren’t comfortable. I don’t pretend to be old or tall or especially large so maybe that’s it. All I do know is that the people have spoken and Tesla has listened. Next-gen seats now exist for the Model S and Tesla will certainly keep seat comfort in mind. For anyone with a Model S with standard seats, the Model 3 may very well be more comfortable.

I can count on one hand how many times I’ve had kids in the Model S but I can already tell you that installing a car seat or worse, using a booster seat, sucks big time. The seat belts are so deeply recessed (which looks great, by the way) that it makes buckling them over a booster require a circus act of contortion and a whole lot of force. Actually, I hope Tesla is listening to this one because aren’t kids supposed to be able to buckle themselves in? I don’t mean babies, I mean kids. (Aren’t you now required to use a booster seat until Junior Prom?) Neither my 5 or 7-year-old nephew would be able to do it in our S and I imagine having to buckle it for them would get old quickly.

I’m not going to lie here. I love when people recognize our Model S. I sometimes get smiles, raised thumbs and even compliments as I drive the car and there are few things in life I enjoy more than answering questions about it. I expect that to skyrocket in the Model 3. As I learned at the car show, Average Jane already knows about Model 3. If the aforementioned hopes and dreams do come true, I will be a very early Model 3 owner. I can not wait to be stopped and questioned, nodded to and waved at because people recognize the car. The Model S, despite being immensely gorgeous and still well ahead of it’s technological time, will be overshadowed by the excitement of the first Model 3 cars to hit the road.

It’s hard to imagine having a car that is better to drive than the Model S, but boy does it sound like that’s exactly what is going to happen.