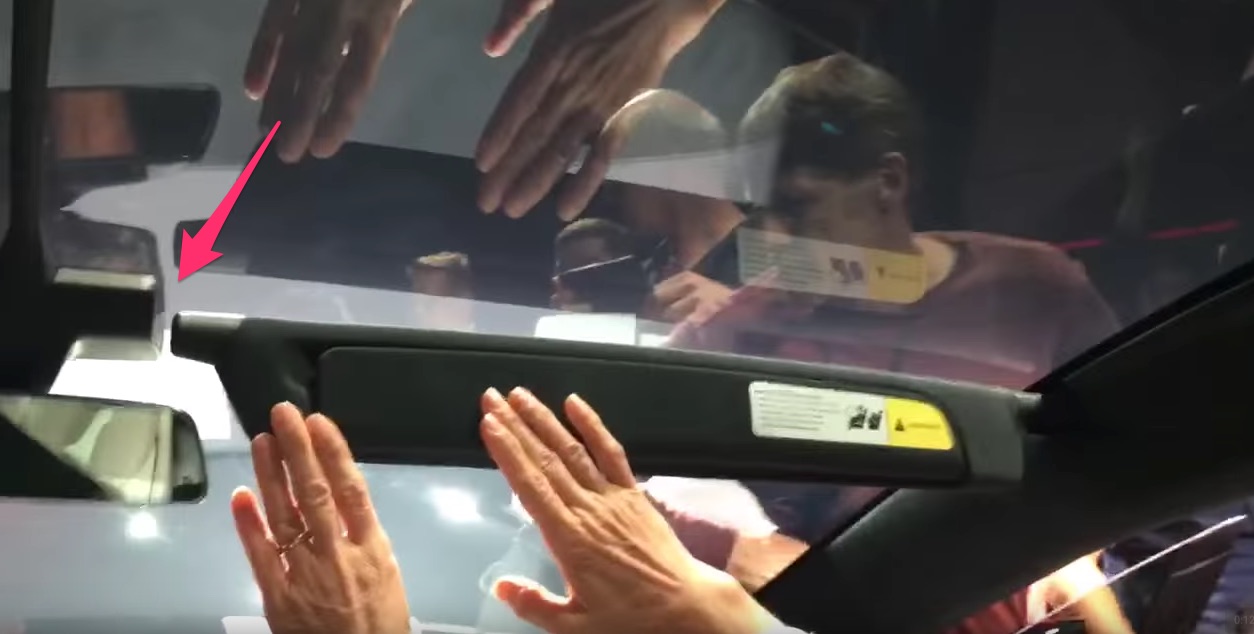 Elon Musk wasn’t joking when he mentioned that the Model X is “the most difficult car in the world to build”, down to its amazingly complex sun visors. A new Model X owner recently submitted to us a photo of their broken Model X sun visor.

According to our tipster, they attempted to place the Model X sun visor / vanity mirror back into its pillar mounted recess by pulling it away from the rearview mirror anchors only to find that the visor arm closest to the multi-directional hinge snapped. They quickly notified their Tesla Service Center of what had happened but was told the replacement visor needed to be ordered.

Having had the car for only three weeks, our tipster warns all Model X owners to “be careful in handling your Tesla X visor as it seems to be very fragile and can break after few uses”. The Model X is arguably most famous for its unique falcon wing doors that pivot on two hinges, as opposed to a single hinge design found on traditional gull wing doors. The ability to detect nearby objects through an array of door-mounted sensors, and raise vertically allows the doors to be automatically opened in the tightest of parking spaces. But with the ingenious design also comes, some say, unnecessary complexity. The falcon wing doors have been problematic for select early owners of the Signature Model X, that is according to reports coming out of the Tesla forums.

Though this latest issue around a broken sun visor / vanity mirror combination pales in comparison to any issue that might take place on the vehicle’s falcon wing doors, it’s still a good reminder that being progressive doesn’t come without its drawbacks.

If you’ve experienced any odd behavior with your Model X, we’d like to hear about it! Email us at tips@teslarati.com