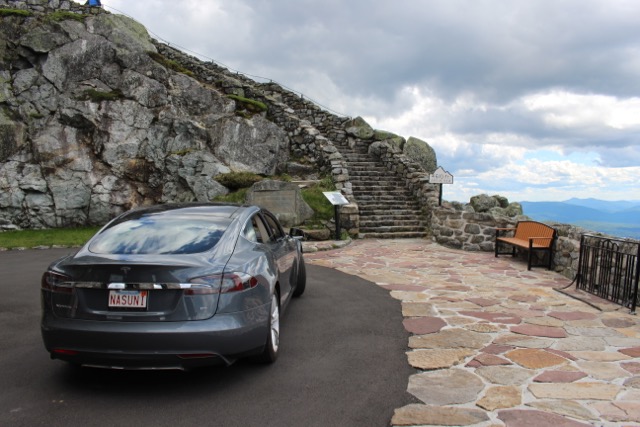 I’ve never really considered myself as being much of a vanity plate type of person, until my wife purchased a custom license plate with my company name on it as a Father’s day gift. I ended up using these plates on my previous SUV before transferring it over to my Model S.

It’s been years since I’ve had this plate on so I’m thinking about finally making a change to something else. The Tesla community has been known to be one of the more creative groups when it comes to picking out vanity plates. Sometimes the plates are meant to express life with an electric vehicle (ex. “AMPED“), and other times their statements showing their support for Tesla or Elon (ex. “L♥TESLA“). And then you have the anti oil/gas/pollution crowd making bold statements through their vanity plates (ex. “LOL OIL“). Plates that are suggestive and offensive in nature are generally prohibited by the Motor Vehicle department.

Check out some of the popular Tesla vanity plates we captured while attending a Tesla owners rally. I could go a few different directions when it comes to selecting a vanity plate.

Note: Each state has their own rules around vanity plates. In MA vanity plates can be up to 6 characters and can not have mixed letters/numbers or any punctuation. So “WATT UP” is not possible, it has a space and would be 7 characters long.

I trolled the Tesla and TMC forums and came up with a list. I ended up with almost 40. Some are ones other owners (in other states) have used, some were derivatives of those and some were new ones I came up with. Sitting with the family we whittled it down to our top 10 (not in any particular order):

Several of the above are 7 characters so I’d have to adjust them to be shorter but still be able to retain the meaning behind it.

Im bouncing this list off of my family, friends and some people in the Tesla community including my twitter followers via a poll, and you!

Which way do you think I should go? Drop me a note in the comments below.

Do you have a vanity plate? What is it? What’s the story behind it?

Don’t have a Tesla yet? If you got one, what plate would you be wearing?

I’ll let you all know what I end up going with. Stay tuned.