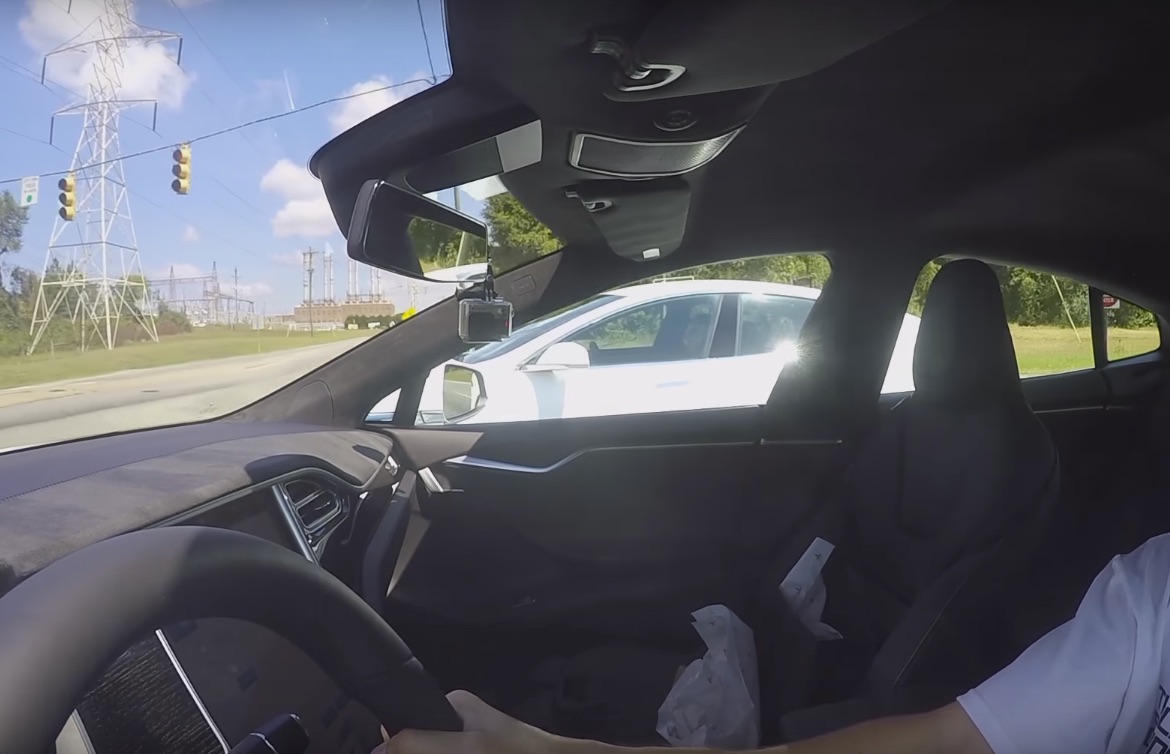 It’s a race between two popular YouTube channels to see who will be the first to clock in an official 1/4 mile run in Tesla’s new Lamborghini-stomping Model S P100D(L). Both DragTimes, who recently did a 0-60 mph performance test of the P100D, and the Tesla Racing Channel, best known as the guys who set the world record 10.8 second 1/4 mile run in a Ludicrous Model S P90D, are on a mission to show the world just how quick Tesla’s latest 760 horsepower beast is.

The folks at Tesla Racing Channel posted a video documenting their pickup of the new Model S P100DL. Their ride of choice getting to the Tesla Service Center for pickup? Their world record-setting Model S P90D. With both cars present, the hosts decide to do several impromptu street drag races pitting Ludicrous versus Ludicrous. P100D versus P90D.

As one might expect, the Model S P100D using Tesla’s redesigned 100 kWh battery pack has a significantly stronger top end than the previous king of the hill – the P90D. Despite the P90D getting a jump off the line, the P100D continues to accelerate and reel in its opponent, before passing it all together. Even when starting from a rolling stop, the P100D is seen pulling away from its 90 kWh sibling almost instantaneously.

The video provides a compelling look at how far Tesla has come with each newly released variant of its vehicle.