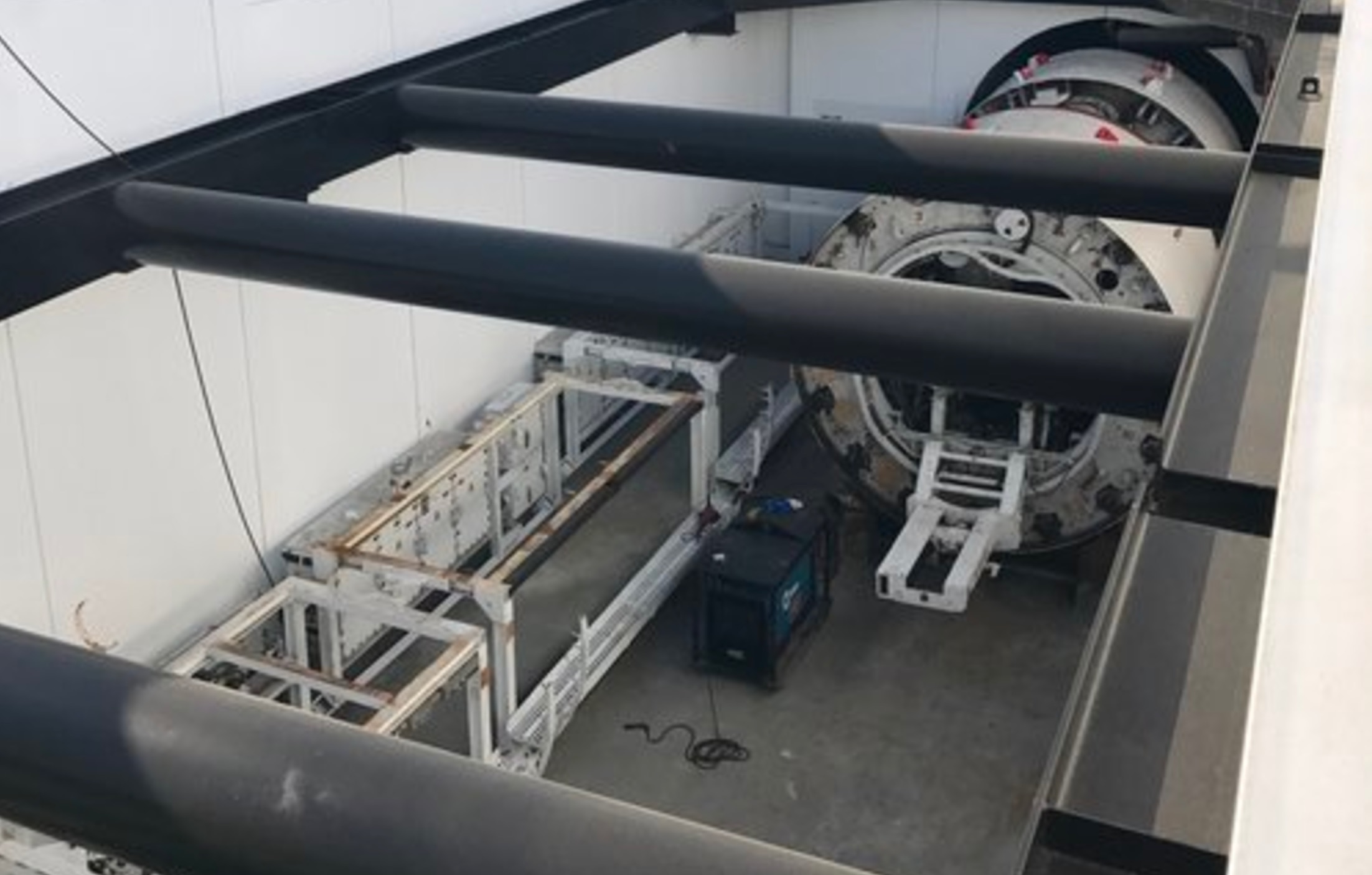 Musk floors followers with The Boring Company’s elevator skeleton, could be operational next week

A video of the Boring Company’s progress on its first transport tunnel came from an early morning Elon Musk tweet depicting its elevator skeleton.

Just installed steel skeleton of the car/pod elevator. Should be operating next week. pic.twitter.com/DIZW7zuWaA

The elevator skeleton is the first step in creating elevators that will be used to lower vehicles down into the the tunnel for lightening-fast transport. A concept video released in April shows several Model S and Model X being lowered into the ground and bolting through the tunnel at close to 124 mph — a speed that would turn a 45 minute trip into a mere five minutes.

With the elevator expected to be operational by as early as next week, it certainly seems that Musk and his team at The Boring Company are pushing ahead with all features the tunnels will provide. The Boring Company’s tunnel constructions have been considered practice for Musk and his team on eventual underground infrastructure needed for life outside of Earth — a goal detailed in Musk’s dissertation detailing his vision for making humans a multi-planetary species.

According to the video, this could be the first of many elevators that gently lowers Tesla vehicles into the underground tunnel system. Once cars are underground and locked into their perspective sleds, a track system will transport the vehicle in a safe and efficient manner on the “electric skates”.

The tweet comes just one day after The Boring Company officially broke ground in Los Angeles. Musk announced yesterday in a Tweet that “Godot,” the tunnel-boring mega machine named after a Samuel Beckett novel and play, had completed the first segment of the new tunnel.

Across the road and below the ground pic.twitter.com/E2DG8EzaXg

The first tunnel is routed from Los Angeles International Airport to Culver City, and is most likely the first step in Musk’s vision to build a network of tunnels spanning the entire city. Once in place, ideally this network would eliminate accidents and the stress of traffic, all the while providing a pleasant experience for a driver who can relax and enjoy being zipped to a destination.

The Boring Company’s innovation can be considered a safer and out-of-the-box take on the driverless car revolution currently sweeping the U.S. automotive industry.

Musk floors followers with The Boring Company’s elevator skeleton, could be operational next week