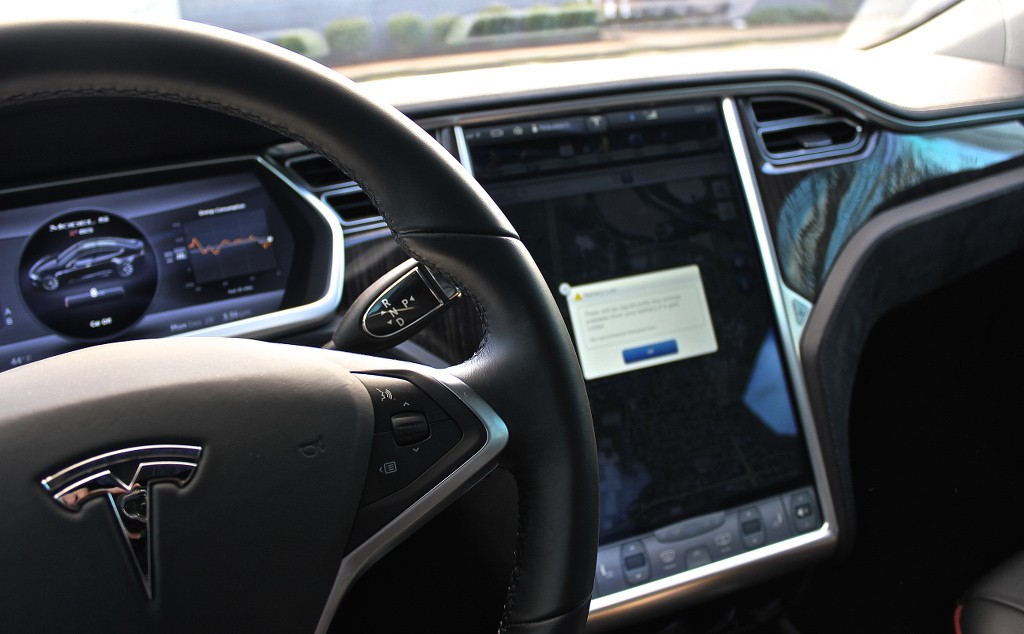 Is there a dark side to Tesla Motors? Some owner are upset with the way the company meddles with the software in their cars without their permission.

In a companion post, we reported that renowned Tesla hacker Jason Hughes has revealed that a P100D is in the works. He found the graphic for it buried within his Model S firmware, but kept quiet until he felt the announcement by Tesla of a new 100 kWh battery was imminent. Through a tweet to Elon Musk, Hughes posted an encrypted message that would reveal the company’s secret for an upcoming P100D.

So, #Tesla is trying to retaliate by remotely commanding my car to downgrade to 2.12.45. I cut them off. @elonmusk @TeslaMotors A word?

This unexplained action by Tesla prompted Hughes to take to Twitter once again and address it with Musk directly. Musk replied. He remarked that the firmware downgrade wasn’t a result of his request, but perhaps the bigger surprise was Musk’s compliments of Hughes hacking ability – “Good hacking is a gift”.

@wk057 @TeslaMotors Wasn't done at my request. Good hacking is a gift.

The response from Musk has Jason mollified for the moment. He tells Teslarati, “Yeah, seems I’ve gotten Musk’s attention on the matter. That’s enough of a truce for me for the time being on it to give them a chance to sort things out. Long story short, Tesla really should watch what they put into production firmware if they don’t want details about it posted. I’m not the only person with access to their car’s internals, and under no real obligation to keep anything I find secret on Tesla’s behalf. If I keep it secret, nothing is to say someone else won’t in the future.”

Hughes tells us that his discovery of the P100D also revealed several other upcoming features that Tesla has in the works. We’ll be sure to report back once we learn more about other goodies Tesla may have in store for the future.