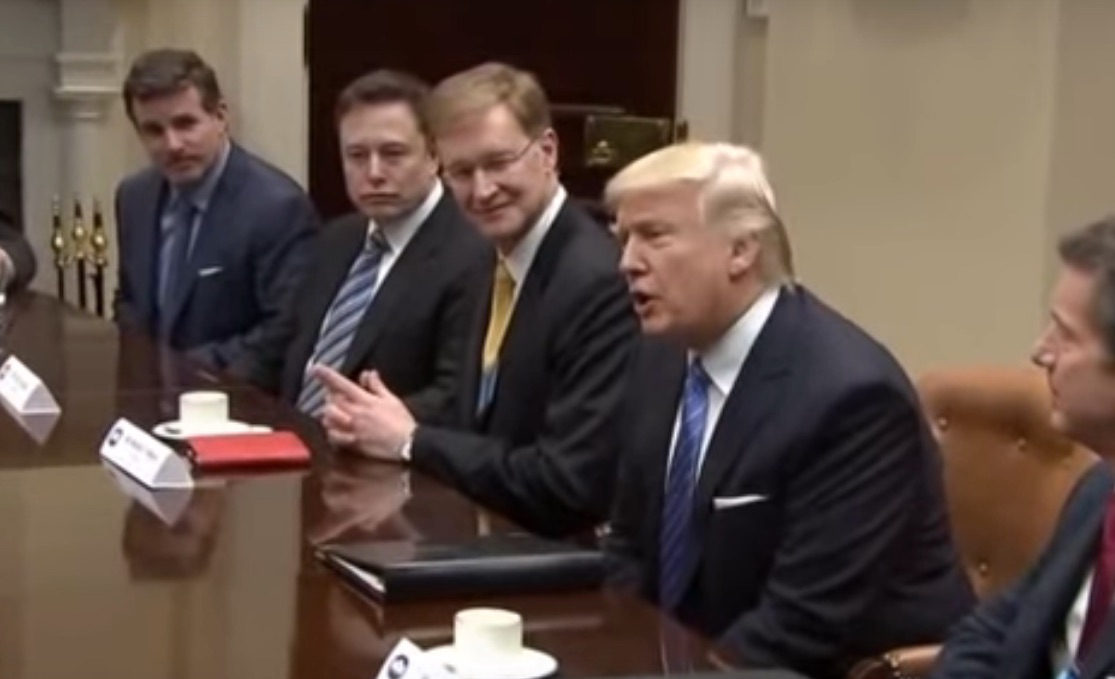 Musk spoke with Trump about Paris Agreement: “cautiously optimistic of a positive decision”

Elon Musk took to Twitter, once again, only a short day after his tweetstorm around Model 3 and Autopilot, this time sharing that he recently spoke with President Trump about the U.S. position on the hotly debated Paris Climate Agreement.

“I spoke directly with The President three weeks ago about Paris. Many others have too. Cautiously optimistic of a positive decision” said Musk.

@BigDAK54 I spoke directly with The President three weeks ago about Paris. Many others have too. Cautiously optimistic of a positive decision.

The push comes at a time when the pro-corporation Trump administration is making bold moves to put industry leaders in charge of the agencies that formerly regulated them. Or in the case of leader of the EPA, Scott Pruitt, it’s the agency he formerly sued. The linkage between EPA regulations and the ability to meet the United States’ portion of the Paris Climate Agreement presents the equivalent of a high wire balancing act for The President as he seeks to remove regulation that stifles business while also encouraging reductions in greenhouse gas emissions.

This is the latest chapter in the tense relationship between the two leaders which rose to the forefront of the discussion when President Trump selected Musk to be on his manufacturing council along with leaders of other prominent U.S. businesses. The move ruffled feathers amongst Tesla supporters with a few going so far as to initiate a campaign against Musk on the grounds that he was too close to Trump.

Despite naysayers, Musk’s position on his council role has always been one that favors Tesla’s mission: “to accelerate the world’s transition to sustainable energy.” He makes a strong case saying that the bulk of the current administration’s cabinet is comprised of biased former industry leaders who are working to remove the type of regulations that aim to keep our air, water and land clean and free of the many forms of pollution emitted by industry.

Wall street was bullish on the alliance on the grounds that Trump’s pro-corporation stance would benefit corporations like Tesla and even more so with Musk having his ear. The alliance has not been all roses and champagne as Musk has often taken unpopular stances with President Trump.

Musk spoke with Trump about Paris Agreement: “cautiously optimistic of a positive decision”