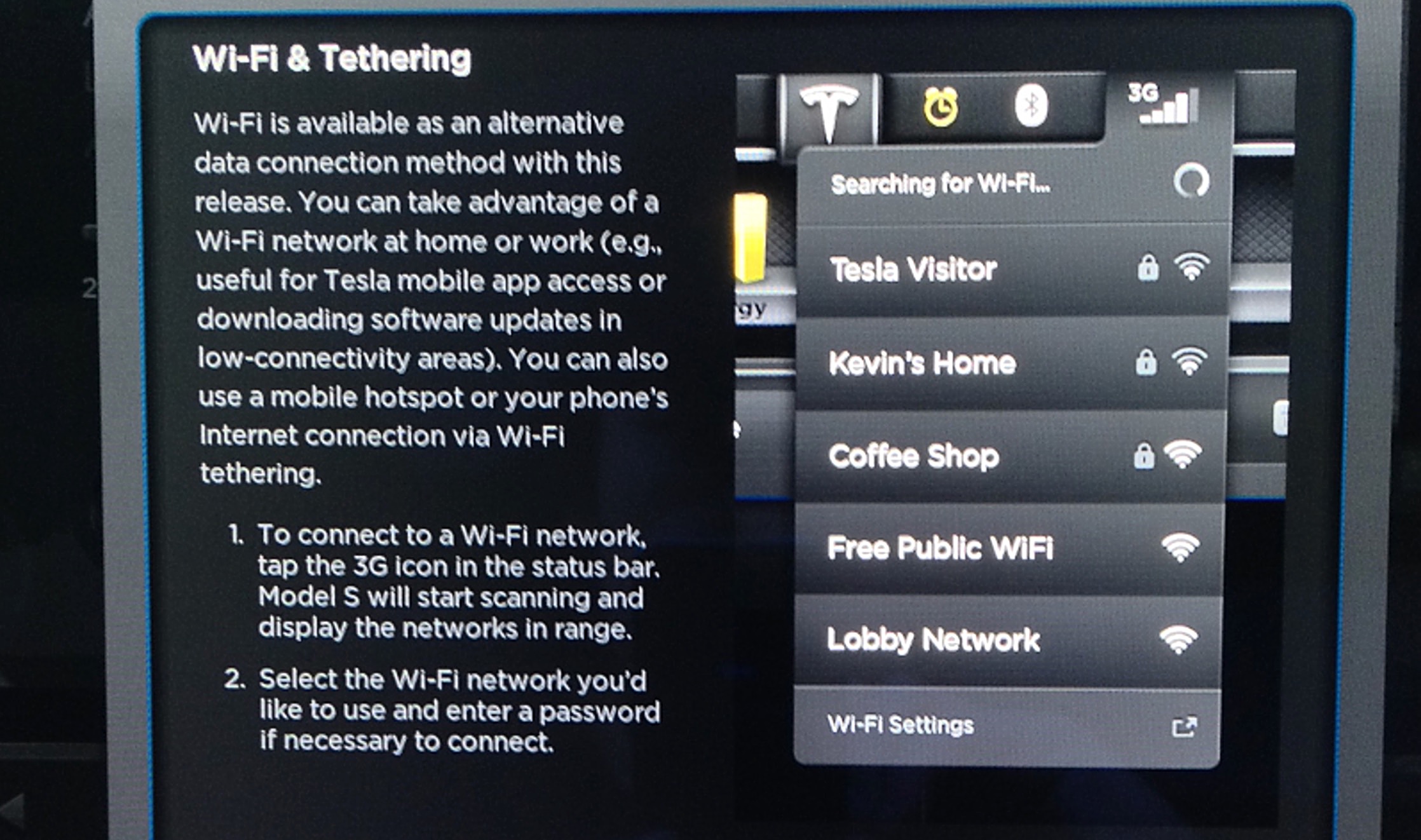 Elon Musk revealed in his most recent “tweetstorm” that a WiFi hotspot in the Model S and X could be coming soon. Musk cites constraints with creating a billing system, rather than technical issues surrounding the build-out of an in-car WiFi hotspot feature. While the Model S and X could easily be regarded as the most technically advanced vehicles on the road, many consider not having in-car internet archaic for a car of its caliber.

@shazm01 We could add that function pretty easily from a technical standpoint. Just need to add in the billing software.

Tesla has partnered with AT&T since the launch of the Model S in 2012 and signed a multi-year agreement with the service provider in January 2014. Tesla has previously stated that new vehicles include 4-years of internet connectivity from AT&T, but the company has yet to reveal information surrounding what will happen after the 4-year term from January 2014 is up.

“Tesla’s goal has always been to catalyze the market for electric vehicles for all consumers while providing an exceptional driving experience.  AT&T’s advanced and reliable wireless connectivity will help Tesla continue to deliver a cutting-edge ownership experience.” – Elon Musk on the AT&T Deal in 2014

When looking at pricing plans for vehicle internet connectivity, one can presume that paid internet in a Tesla will be similar in price to GM’s 4G LTE internet plan, also by AT&T. GM offers unlimited data for $20/mo or 20GB for $150/yr.

Until recently, Tesla had not created a way to bill owners on a monthly flat-rate or usage basis. However, the company is now able to bill new Model S/X owners for Supercharger access beyond a certain usage threshold. It would seem that Tesla is now in a better position to start billing owners for data usage in similar fashion to the new Supercharging billing system. But, it’s worth noting that Tesla would need to distinguish user data from diagnostic data that Tesla is pulling from the vehicle.

Tesla’s vehicles have long relied on wireless connectivity for software updates, music, web browsing, and navigation. But arguably the most important function wireless technology has served for Tesla is its use in improving Autopilot software. It’s easy to assume that Tesla’s Autopilot software uses a large amount of data when transmitting driving data from its vehicles back to Tesla. As the company looks into offering WiFi hotspot functionality in the vehicles, Tesla will need to establish clear policies and firewalls relating to the data stream that user and vehicle data will share.

So, now the question isn’t if Tesla will enable a hotspot in vehicles, but rather when. Having internet-based entertainment could keep the kids in the backseat a little more occupied.