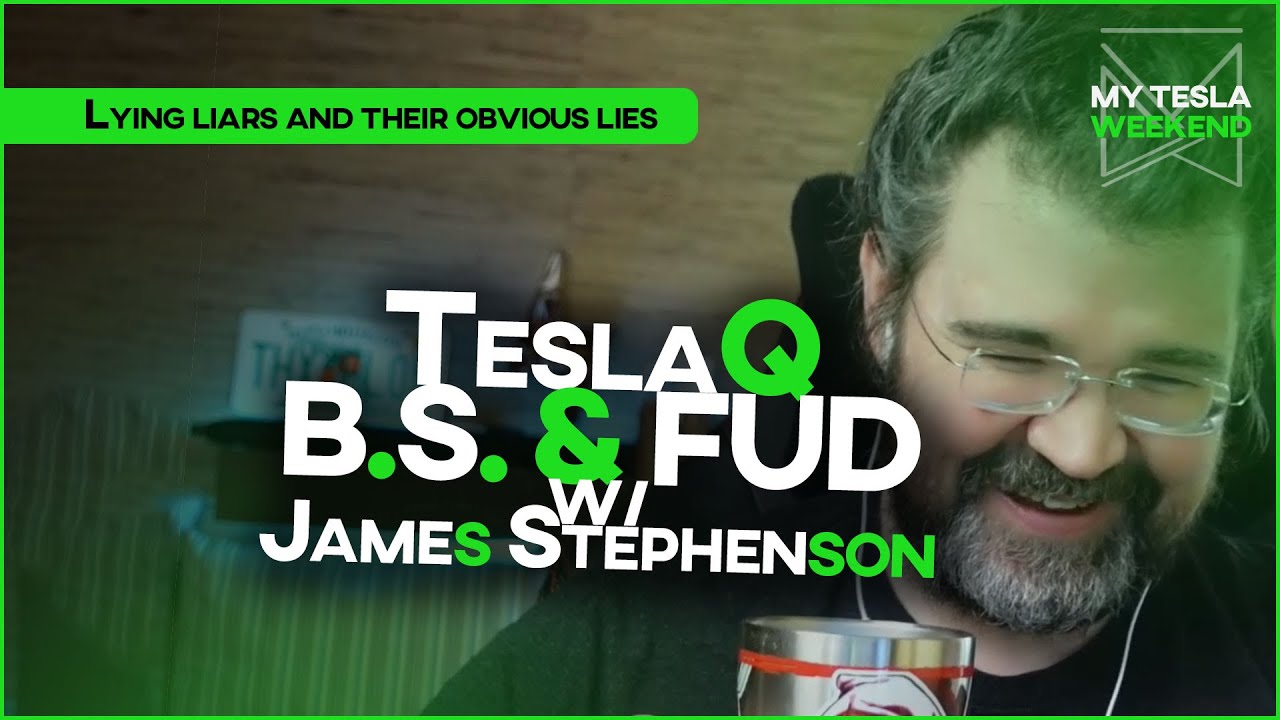 MyTeslaWeekend and James Stephenson shared a deep dive into the nonsense and misinformation surrounding Tesla. And they debunked each one. There always seems to be Tesla critics who take things a bit too far. MyTeslaWeekend didn’t hold back. In the video’s description, he said,

“These guys use some really dishonest math. They deduct from one side without accounting for the other. They count something for GM or Stellantis, but not Tesla. They move numbers between columns as if that’s how accounting works. They’re lying liars. Not James’ words, but mine.”

Some of the topics they covered included zero-emissions vehicles (ZEV) credits not being taxpayer money, General Motors (GM) only selling 26 Evs in the last quarter of 2021, Tesla CEO Elon Musk’s actual compensation accounting, the pump and dump myth, and so much more.

ZEV Credits Are Not Taxpayer Money

James pointed out that some people seem to think ZEV credits are taxpayer money when this is not the case.

“Some people get the wrong-headed notion that regulatory credits are a stipend from the government; that governments are giving you taxpayer money. And that is not what’s going on at all. The money you’re making is from selling to your competitors who did not produce enough electric vehicles to comply with applicable law.”

The money, he added is for competitors who don’t want to pay fines to the government for non-compliance.

Despite President Biden’s claim that GM is the EV leader, the automaker only sold 26 EVs in Q4 2021.

Elon Musk as CEO of Tesla doesn’t take a salary and James added that he doesn’t get any cash bonus.

“Most CEOs do have either or both of those as part of their compensation package.”

“What Elon said was, ‘hey if I can’t grow the revenue and the market capitalization of this company, the value of people’s investments in this company by tremendous amounts, you don’t owe me anything. I’ll make zero dollars if I can’t do those things.”

“This is not widely understood. So, another thing that we saw in Q1 of 2022, the most recently reported quarter was ‘Tslaq’ crying foul over the reduction in SG&A year-over-year”

He pointed out that this group, ‘Tslaq’ which is mostly responsible for a lot of the misinformation against Tesla, said that last year, the number was larger than this year. So by the logic of this group, Tesla must be committing fraud.

“‘It has to be fraud. There’s no way your SG&A could have come down by that much year-over-year.’ Well, it’s because a year ago, Elon was still making tons of progress towards achieving these market cap and revenue and even milestones. And this year, the work’s done already. It was almost completely achieved by the end of 2021. So there’s almost nothing left to pay against it.”

‘Elon Musk is a Pump and Dump’ Myth

MyTeslaWeekend shared his biggest pet peeve that he sees all the time which is the constant claim that Elon Musk is nothing but a pump and dump. James shared his thoughts.

“He owns more shares now than he did a year ago or two years ago. And he’s probably going to buy more shares if he can extricate himself from the Twitter situation. So, he still owns more Twitter stock than anybody else does right now. Far more than the people on Twitter’s board combined.”

Elon Musk is also often accused of pumping and dumping Dogecoin however he hasn’t sold his Doge. In fact, he’s recently reaffirmed his support of Doge. In addition to Doge, and Tesla, some critics have claimed Elon has pumped and dumped SpaceX stock and MyTeslaWeekend pointed out that this isn’t a publicly traded stock.

Debunking the nonsense is something that is done on a regular basis and the video, I think is a gem in the treasure box. You can watch the full video below.