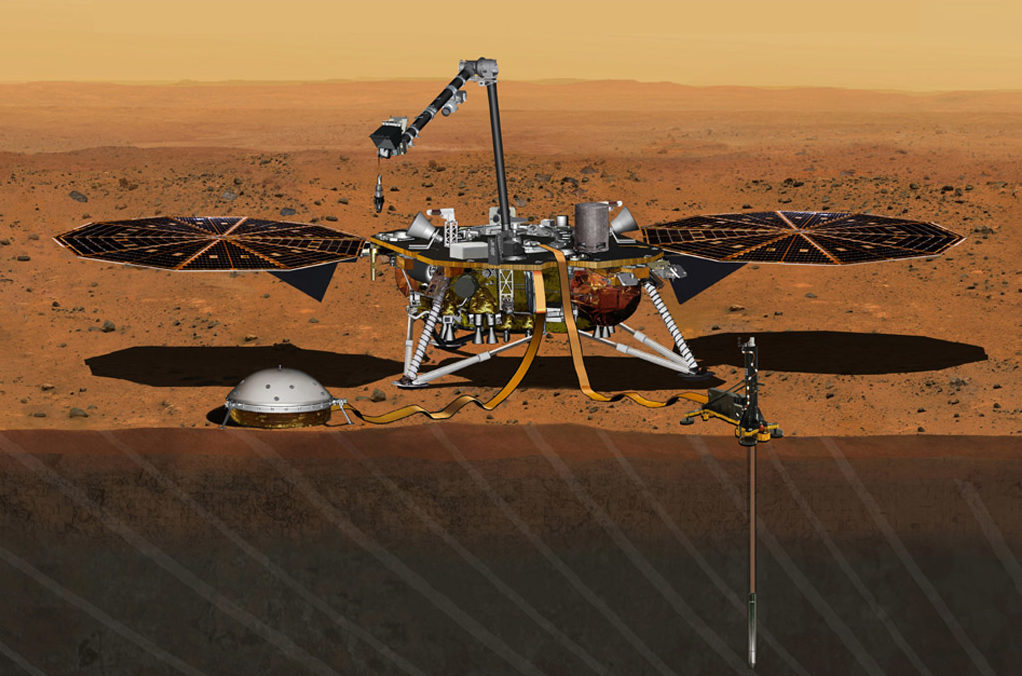 The scientists running NASA’s Insight Mars lander found themselves attempting a rescue operation for the mission when one of its instruments became stuck in the red planet’s regolith early last year. After a few assistance maneuvers using a robotic shovel-clad arm in the months since, it appears the team has finally reached a point where there’s light at the end of the dusty tunnel.

“Another short test has my self-hammering mole making gradual progress. Pressing down on the soil above has helped it dig a little further. We’ll do another of these moves soon,” the lander’s official Twitter page announced recently.

Another short test has my self-hammering mole making gradual progress. Pressing down on the soil above has helped it dig a little further. We’ll do another of these moves soon, with @NASAJPL and @DLR_en keeping a close eye. #SaveTheMole pic.twitter.com/3s7DVMYJyU

“Our leading theory was that the Mole did not move into the subsurface because the regolith did not provide enough friction to balance the recoil force of the Mole,” explained Tilman Spohn on DLR Blog, a site run by one of NASA’s European Insight partners, the German Aerospace Center.

The stuck instrument, named HP3 (Heat Flow and Physical Properties Package), is one of the three main experiment tools on board the lander. It functions as a 40 cm long self-hammering probe that digs straight down into the surface to measure heat flow from the Martian interior and its thermal state. When operating as designed, the thermal conductivity of the soil is measured every 50 cm up to a depth of 5 meters. NASA’s team refers to the device as a ‘Mole’ as a nod to its underground burrowing, and the hashtag ‘#savethemole’ has become its social media rally cry for supporters of the rescue mission.

Ironically, lack of friction to support planned digging is very similar to a key plot point in the movie The Core. The ship used by the main characters to dig to the center of the Earth was engineered to work in a high pressure environment, but in the film the core wasn’t very solid at all. As is the case with Insight, plenty of scientific thinking was employed to overcome the challenge, albeit a bit less dramatically.

A stuck heat probe isn’t Insight’s only issue of late, either. Weather sensors on board the lander stopped sending data back to Earth a couple of weeks ago, and NASA’s team suspects an electronics issue is to blame. The instruments are currently in safe mode and await a reset while scientists assess what data is available to troubleshoot the issue in the meantime.

Despite its troubles, NASA’s Mars lander has already shared some memorable firsts since its arrival on the red planet two years ago, and it has sent back an enormous amount of data that will be very useful to scientists as humans make their way through space for a meet up one day. For one, Earthlings were able to hear the sound of wind on an alien world for the first time thanks to Insight’s instruments. The lander also proved that hyper-affordable satellites could be used for deep space missions via its travel companions, Mars Cube One. Launch newcomer Rocket Lab is now capitalizing on the prospects of these types of missions, paving the way for big things in the near future.

You can watch an in-depth video about the HP3 instrument below: