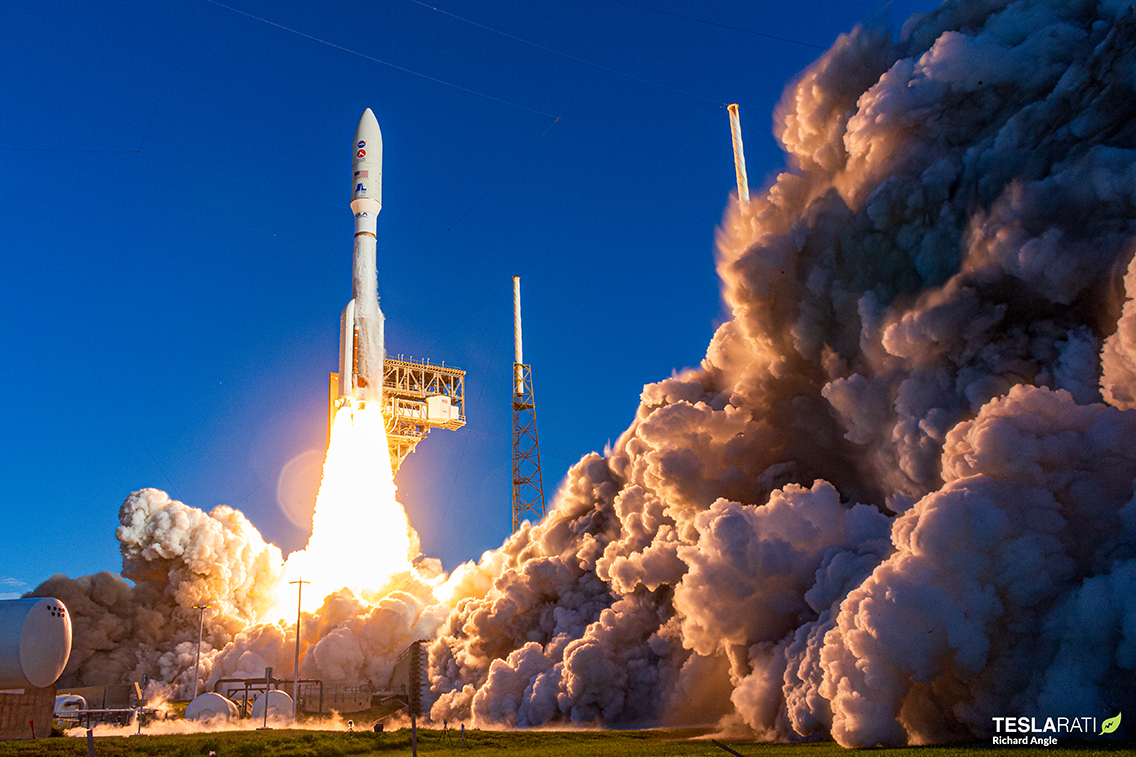 The summer of worldwide Mars missions saved the best for last with the successful launch of NASA’s most advanced rover ever. Following on the heels of the successful launches of China’s Tianwen-1 Mars spacecraft and the United Arab Emirates Hope Mars mission, NASA joined the 309 million miles (497 million kilometers) interplanetary journey to the Red Planet with the successful launch of the Mars 2020 Perseverance mission. Safely secured to the top of a mighty United Lunch Alliance Atlas V 541 rocket and Centaur upper stage, NASA’s car-sized Perseverance rover – and accompanying Ingenuity helicopter – left Earth on Thursday morning (July 30) in spectacular fashion. Getting off this planet, however, is only the beginning.

Why go to Mars again?

The Mars 2020 Perseverance mission is perhaps NASA’s most ambitious Mars mission. Formally announced in 2012, the then-unnamed Mars 2020 rover would be tasked with studying the Red Plane in a way that had never been attempted before. It would be collecting samples for eventual return to Earth in search of finding evidence of ancient microbial life.

NASA’s 2012 Curiosity mission uncovered the fact that Mars was rich in material that could have potentially supported microbial life once upon a time. Now, eight years later, the Perseverance mission will hunt for and collect the evidence to back up that claim.

A rover tasked with such an important astrobiological mission required NASA to develop the most technologically advanced range of scientific instruments that had ever been sent to Mars. As described by NASA, Perseverance is outfitted with seven different “state-of-the-art tools for acquiring information about Martian geology, atmosphere, environmental conditions, and potential signs of life (biosignatures).” Perseverance will be the first rover to collect and cache samples of the Martian surface to later be collected and eventually returned to Earth by future joint NASA and European Space Agency missions.

It is also the first rover to travel to Mars with a vast array of high-definition cameras with advanced imaging capability. Perseverance will also carry high-definition microphones with it, allowing, for the first time, the sounds of Mars to be captured. This will include the ability to hear entry, descent, and landing from the point of view of the rover, as well as the sound of what it’s like to drive over the Martian terrain.

Perseverance also carries with it two demonstration missions. Onboard is MOXIE, or the Mars Oxygen ISRU Experiment, designed to test technology that can convert carbon dioxide in the Martian atmosphere into oxygen – an important precursor experiment to one day sending humans to Mars. Also aboard is Ingenuity, the first-ever rotorcraft – or helicopter – designed to fly on another planet. Ingenuity will test the effectiveness of rotorcrafts on other planets with different atmospheric and gravitational makeup than Earth to perhaps one day serve as planetary observational crafts or delivery systems.

Leaving Earth was the easy part, sort of

A major challenge that faced the Mars 2020 mission was completing final integrations during the global Coronavirus pandemic, which required most NASA and JPL personnel to work from home. NASA LSP senior launch director, Omar Baez, stated that “I never would have thought that a launch director would be working from home and I’ve done that for the last five months.” He went on further to state that “It’s humbling to see how our whole team from the range, to our partners at JPL, to our partners at ULA, to our folks at headquarters – how we all had to adjust to work in this environment, to work electronically.” Although challenging, the Mars 2020 mission persevered to overcome the obstacles and meet the targeted launch date.

The Mars 2020 mission initially targeted a July 18th liftoff at the very opening of the available one-month interplanetary launch window. The mission did suffer a few minor setbacks during the integration phase when ULA had to take a few days to address an issue with a crane at the Vertical Integration Facility pushing the launch date to July 22nd. Then, as explained in a statement provided by NASA the launch date suffered another delay, this time eight days to July 30, “due to launch vehicle processing delays in preparation for spacecraft mate operations.”

The ULA Atlas V in its 541 configuration consisting of a common core booster and four solid rocket motors fully stacked with the precious payload stood 197 feet (60 meters) tall. The Atlas V 541 provided 2 million lbs of thrust rocketing the spacecraft east away from Florida over the Atlantic Ocean. After approximately ninety seconds of flight, the solid rocket motors burned out, separating away from the booster followed quickly by stage separation. The Centaur upper-stage was the workhorse of the mission left to deliver the Mars 2020 payload to its Earth parking orbit.

After a coast phase lasting about 30 minutes, the upper-stage Centaur performed another eight-minute long nominal burn delivering the payload to a heliocentric – or solar bound, rather than Earthlocked – orbit for the Trans Mars Injection maneuver lining it up to intercept with Mars in February 2021. Upon spacecraft separation and successfully propelling the Perseverance mission onward to Mars, the Centaur upper-stage performed what is called a blowdown maneuver for planetary protection, ensuring that it would miss Mars. Twenty minutes later, the Perseverance spacecraft initiated its transmitter to communicate with Earth, and a good acquisition of signal was received by NASA’s international array of giant radio antennas, the Deep Space Network.

The Perseverance rover and Ingenuity helicopter are expected to continue on the journey to the Red Planet and attempt entry, descent, and landing on February 18, 2020.