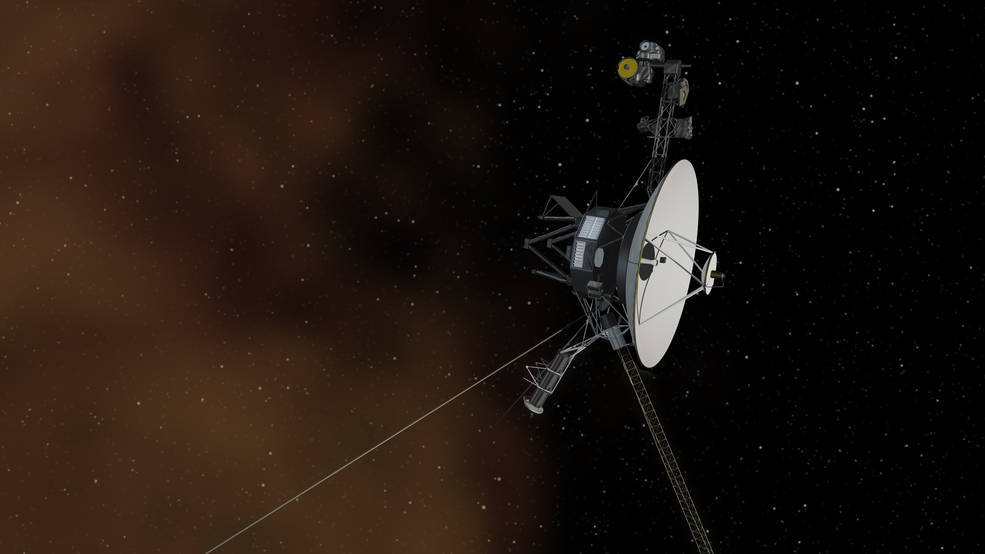 NASA’s Voyager 1 spacecraft has reached yet another milestone in its journey into deep space outside of our solar system by crossing a threshold of 150 astronomical units (AU) from the Sun.

Each AU represents about 93 million miles, the approximate distance from our planet to our star, meaning Voyager 1 is now about 14 billion miles from Earth. Launched in 1977, the spacecraft’s last milestone of 100 AUs was reached in 2006, and as of August 1, 2012, it became the first human-made object to leave the inner solar system. Prior to leaving, Voyager 1 made flybys of Jupiter and Saturn.

NASA’s scientists estimate another 300 years of travel are still left before the spacecraft reaches the Oort Cloud in the outer solar system. Its sister mission, Voyager 2, is currently about 125 AUs from Earth, also traveling through interstellar space. While both missions are still sending data back to NASA’s scientists, there’s a delay of about 20 hours for Voyager 1 signals and 17 hours for Voyager 2 signals.

Voyager 1 is partly famous for its cargo – the Golden Record. Designed as a message from Earth to any potential non-human space travelers, the 12-inch disk contains sounds and images meant to portray our planet and its diverse inhabitants. Included contents are greetings in 55 languages, a variety of photographs, and music ranging from classical to blues. Renowned astrophysicist Carl Sagan chaired the committee which selected the contents of the record.

Another NASA milestone was made this week with the successful launch of its 5th rover headed for Mars. Named Perseverance, this traveler’s mission will focus on astrobiology and search for signs of ancient microbial life. Unlike the Voyager twins, the rover will only spend about seven months in space before reaching its final destination. However, part of its mission includes testing technologies that will be used for further exploration of planets the interstellar travelers passed during their mission.