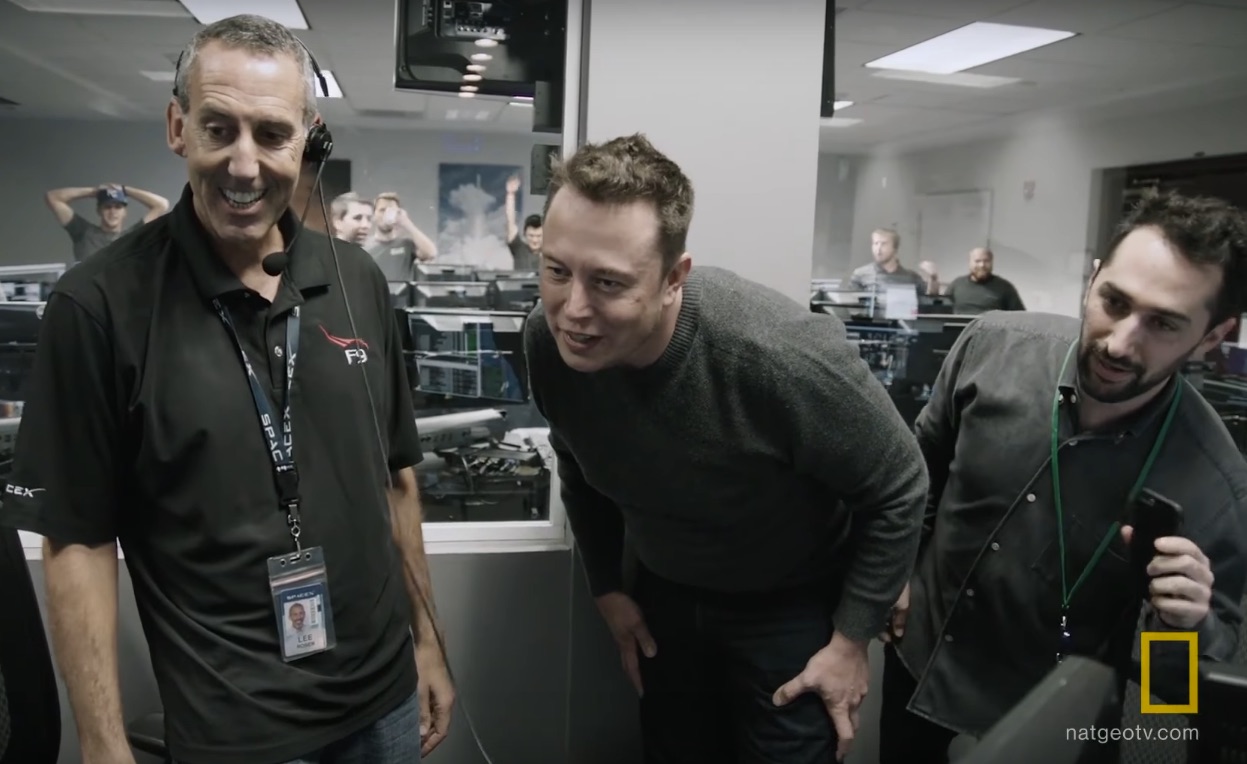 On December 21, 2015, SpaceX made history by successfully landing the first stage of its Falcon 9 rocket at Landing Zone 1 in Cape Canaveral, Florida after launching its payload into orbit. SpaceX released a video recap of the mission shortly after the event; however, last night, in National Geographic’s (NatGeo) MARS series season finale, previously unreleased behind-the-scenes footage was featured that provided a further glimpse at Elon Musk’s reactions to the launch and landing as they were unfolding.

In the video, Elon is seen running outside a SpaceX building in Florida to see the rocket’s burn stages. At one point, he becomes visibly concerned at the rocket’s fate (“This is bad!”) before watching the landing shortly after. He then is seen running back inside declaring, “It’s standing up!”, and dishing out high fives to the team. It’s a very touching scene, for SpaceX fans especially.

A shortened version of the clip was released on the NatGeo web page earlier in the week. After being circulated on unaffiliated SpaceX fan pages, some SpaceX employees commented how they were happy to find themselves in the video, noting that they had previously signed a video release for NatGeo and were waiting for the footage to be published at some point.

With SpaceX’s rockets still grounded after the September 1, 2016 launch pad anomaly, the extra scenes provided in the feature were a welcome treat for SpaceX fans awaiting Falcon 9’s return to flight.