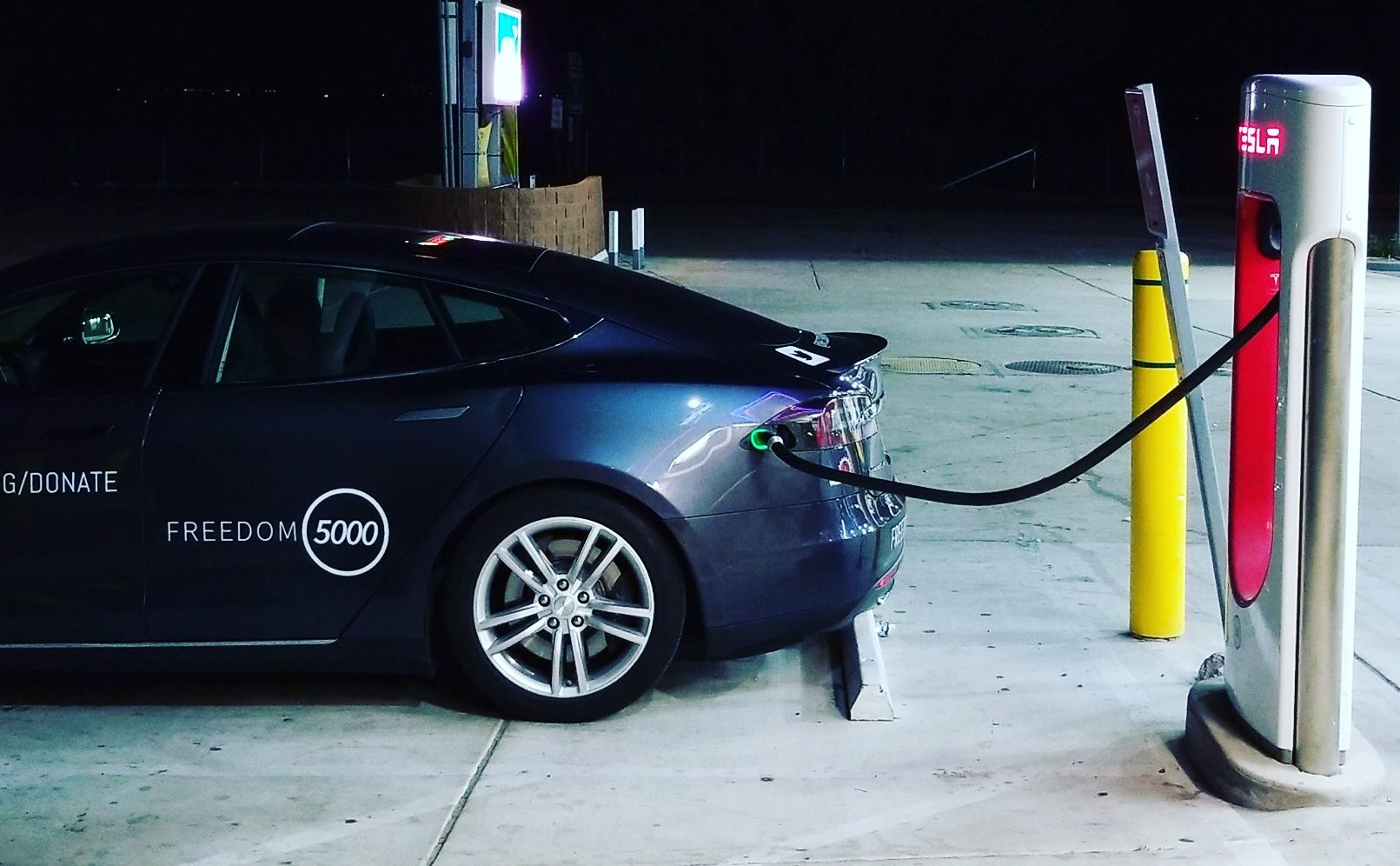 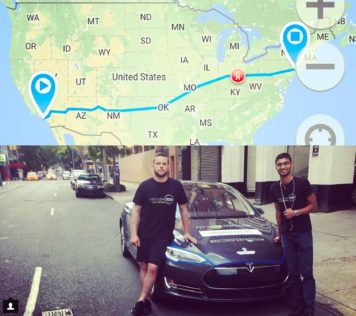 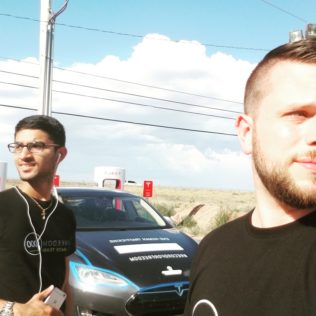 In doing so, the duo set a new record for the fastest transcontinental drive in an electric vehicle by arriving in 51 Hours and 47 Minutes, besting the previous record held by Alex Roy, a noted journalist for The Drive, and friends of 55 Hours.

Jordan and Bradly accomplished this feat with a less efficient Tesla Model S than the previous record holders, who used a newer model with improved aerodynamics, a larger battery (90kWh) and an additional driver when they set their record in 2016.

GPS tracking app Geo Tracker was used the entire run to verify start/end points and route taken, along with Tweets shared in real time at each charging stop that show specific satellite based coordinates through an app called What3Words.

A photo was also taken at each stop and posted to Instagram to further verify that the vehicle was present and can be cross referenced with the other data points, along with HD video taken at the start and end points documenting the car and the date and time displayed on the digital dash.

This is also the first time an electric car has surpassed the famous 1933 “Cannonball” transcontinental record set by Erwin G. Baker in a Graham-Paige model 57 Blue Streak 8, setting a 53.5 hour record that stood for nearly 40 years. This drive inspired the later Cannonball Baker Sea-To-Shining-Sea Memorial Trophy Dash, better known as the “Cannonball Run”.

The duo explained that they did this drive to raise awareness and donations for human trafficking. Over a million people worldwide are trafficked illegally in a trade that often does not receive widespread media attention.

To learn more about trafficking and about the duo’s journey, visit Hart and D’Souza’s website freedom5000.org, where people can donate to support non-profits and recovery centers that are battling trafficking.