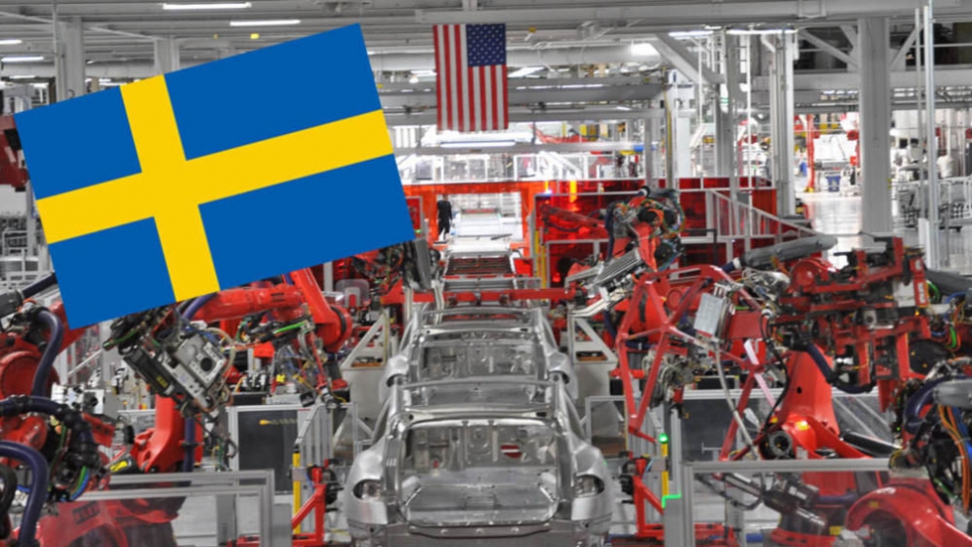 Could lightning strike twice for Tesla? It’s current factory was once used by NUMMI — a joint venture by Toyota and General Motors — to make cars in Fremont. Tesla was able to purchase it for pennies on the dollar. After years of extensive upgrades, it is now one of the most automated and efficient production facilities in the world.

Saab, on the other hand, used to manufacture world class automobiles at its factory in Trollhattan, Sweden. That factory is now owned by NEVS — an acronym for New Electric Vehicle Sweden. The principal owner of NEVS is National Modern Energy Holdings Ltd, a Beijing based company founded in 2004 by Kai Johan Jiang. NEVS has a contract with Panda New Energy Company to provided it with 150,000 electric versions of Saab’s last production midsize sedan, the 9-3 sedan.

Making 150,000 cars over 4 years is not enough to keep the factory fully operational — it’s capacity is far greater than that. All of which has several people in Sweden thinking it would be the perfect place for Tesla to locate its first European factory.

There are several factors that could make Trollhattan attractive to Tesla other than the fact that it has a large factory sitting practically idle. It has a large pool of workers who are familiar with building automobiles from the days when Saabs were manufactured there. It also is near Gothenburg, with its international railway hub and large ocean freight terminal.

Sveriges Radio P4 Väst says that a group of local stakeholders is working to attract Tesla to the area. According to reports, the group includes Business Sweden and automotive supplier FKG. Fredrik Sidahl, CEO of FKG, confirms that the group has been in contact with Tesla. Everyone involved is tight lipped when it comes to details, though.

Sidahl says the group is confident that it can revive the car industry in Sweden. “I think the possibilities are quite good because Sweden has a well developed infrastructure with suppliers and expertise in building great vehicles with high technical standards.”

A spokesperson for NEVS would not comment directly on the report but said in an e-mail to Radio P4 Väst that the company could be a valuable partner for other car manufacturers in terms of both production and development. “It’s part of our strategy to increase the capacity of our plant but we do not comment on the dialogue around this.”

Local automotive journalist Benny Christensen says, “It would be really fun if Sweden got the assignment. There are many people who think it is sad to see the car factory in Trollhattan idle. I think that whoever wins the [Tesla factory] will be those who put forth the best organized proposal based purely on economic and practical considerations. Everything from infrastructure to environmental and tax policies will undoubtedly be crucial,” he says.

Sweden is not alone in its attempt to lure Tesla. Finland’s Minister of Industry has indicated his country has its eye on the Tesla factory. There are interested parties in Germany, France, Spain, and Portugal as well. Tesla has let nothing slip about its intentions after Elon Musk’s whirlwind tour of the Continent last summer.

Is a mostly idle factory enough to seal the deal for Sweden? Even though cars were manufactured there up until 5 years ago, much of the tooling and equipment would likely need to be replaced. Elon Musk is intent on reinventing manufacturing — building the machine that builds the machine, as he calls it. It’s possible Tesla would prefer to construct its own facility utilizing all the efficiency strategies it can muster rather than spending money to reconfigure an existing space.

An announcement from Tesla about where its next factory will be is anticipated later this year, probably after production of the Model 3 gets started and begins running smoothly.