Nikola Motor has been given new deadlines by Judge James Donato, according to a new Order that was released on Tuesday. A judge shelved the lawsuit earlier this month following a lack of responsiveness from both Nikola and Tesla in regards to a lawsuit filed by the hydrogen trucking startup in 2018 that claims portions of the Tesla Semi infringed on several design patents that Nikola owns the rights to.

After Nikola and Tesla both failed to respond to court orders, the case was shelved. However, Judge Donato is giving Nikola attornies new deadlines to put things in motion, or the case will be dismissed, Donato said in a document obtained by The Verge earlier today. 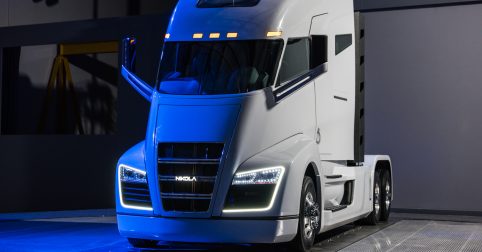 “The case will not be dismissed at this time for failure to prosecute, but that may change if Nikola does not move this case forward to resolution in an efficient and timely manner,” Donato wrote. “A technology tutorial is set for January 13, 2022. The claim construction hearing is set for January 27, 2022. The case will remain administratively closed pending further order.”

When a case is given the title of “administratively closed,” it means that the court has essentially labeled it as a low-priority case and is not a focus at that time. It typically removes the matter from the Court’s active workload for a considerable period of time, Syracuse University said.

Nikola gave reasons for not responding to court orders, but Judge Donato said that the reasons were “ostensible” and “not particularly compelling.” Nikola runs the risk of losing the $2 billion suit if things do not move forward by the time the new deadlines come.

Nikola filed the lawsuit in 2018 and claims that Tesla stole several design patents that would have cost the company of $2 billion in market share. Tesla has stated that there is “no merit” to the claims. Tesla lost a request with the Patent Trial and Appeal Board in September 201 that asked the entity to review Nikola’s side door patent for the Nikola One semi. The request was unsuccessful, giving Nikola some momentum. However, in two years, not much has happened with the case, likely because Nikola has been dealing with widespread financial issues, scandalous claims from Hindenberg Research, and the ousting and subsequent indictment of its former CEO Trevor Milton on fraud charges.