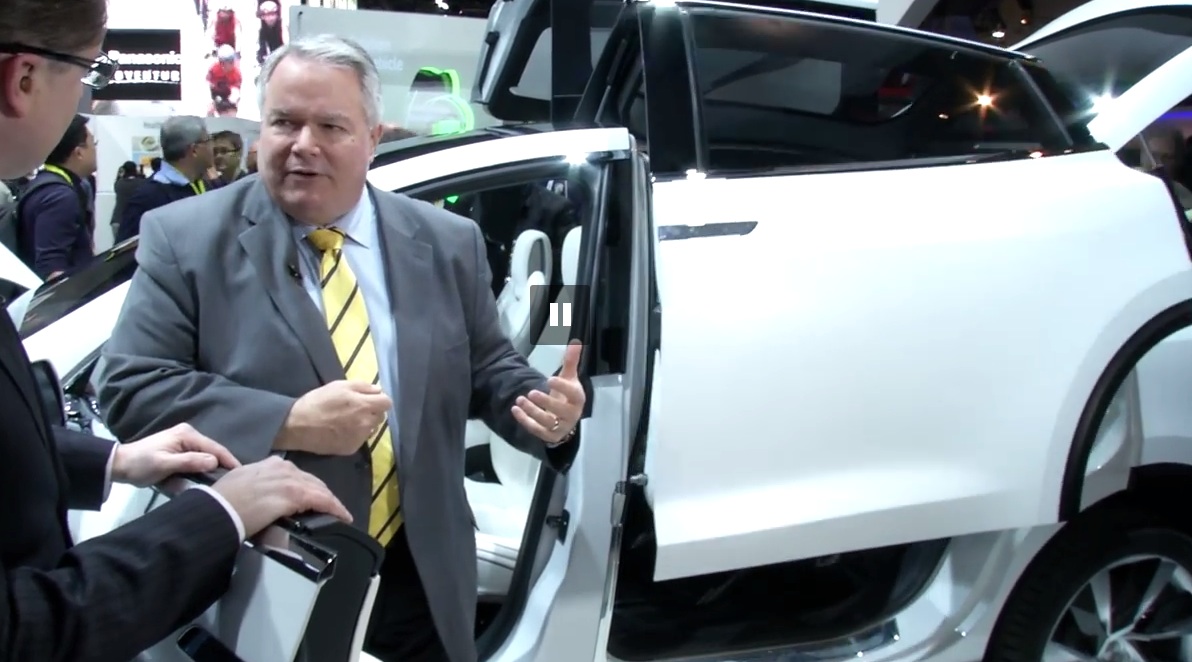 “We’ve been working with Tesla for several years now to power their vehicles [and] the next thing we’re working on is the Gigafactory so that we can produce these cells at a much lower cost, much higher volume to enable the next wave of future vehicles.”, says Rytting. At one point during the interview, Rytting reaches over to the Model X’s touch sensitive Falcon Wing door handles and begins to demonstrate the capabilities of Panasonic’s lithium-ion battery cells. “There are thousands of these [18650 cells] that power’s this Tesla Model X”.

The unique vertical lift of the Falcon Wing doors is an act of true engineering given the complexity of the multi-pivoting hinges and lightweight, yet structurally secure, door assembly.

Watch it in action below.