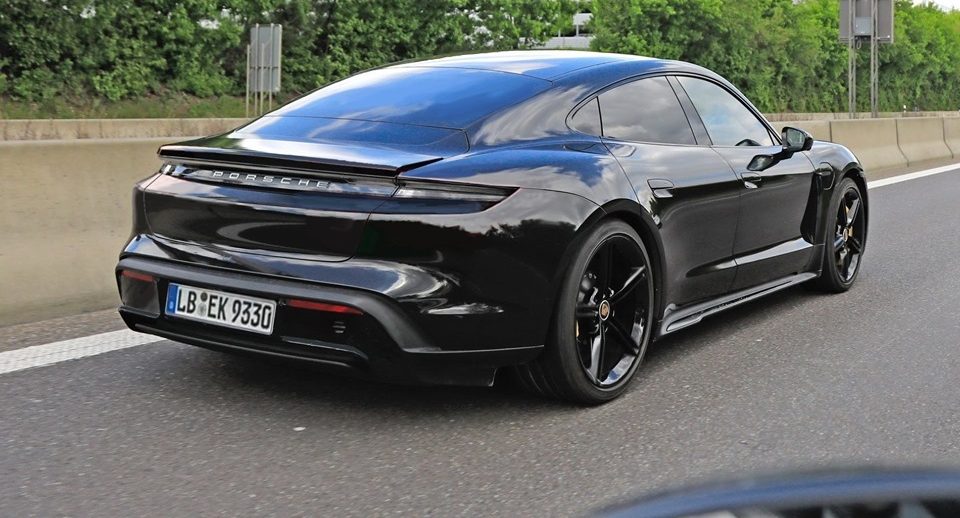 A render of the Porsche Taycan's production version. (Credit: St00k/Taycanforum.com)

Porsche Cars North America president and CEO Klaus Zellmer recently shared his insights about what he perceives to be the upcoming widespread adoption of electric cars. In an op-ed published on USA Today, Zellmer argued that the demand for electric vehicles is definite at this point, and it will only be a matter of time before the United States’ roads are filled with EVs.

While the Porsche CEO continues to prepare for the arrival of the Taycan, he nonetheless gave credit to Tesla for making “inroads” in the push for battery-electric vehicles. Zellmer argued that Tesla has all but proven that there is “significant demand” for electric cars, particularly those which combine sustainability with performance and design.

“Last year, the Model 3 outsold any other premium sedan in the US. We know that American consumers embrace new technology, especially if it delivers a new experience. And once a technology catches on, consumers respond well to expanded choice as competitors enter the field. Just look at how many models of SUV you can buy today, or the proliferation of smartphones since Apple introduced the iPhone in 2007,” he wrote.

Apart from the demand for electric vehicles being all but certain, the Porsche CEO added that the expansion of EV charging infrastructure is starting to hit its stride, as shown by the efforts of companies like Electrify America, ChargePoint, and EVgo. Zellmer also argued that electric cars are cleaner than they have ever been, thanks to a grid that is steadily becoming greener.

Nevertheless, perhaps the most notable sign for the Porsche CEO was the demand the German carmaker is seeing for its first modern all-electric vehicle, the Taycan. According to Zellmer, there is enough interest in the Taycan to fully account for Porsche’s production of the vehicle through late 2020.

“We already have enough interest to account for all the Taycans we expect to deliver in the US in the first year, through late 2020. That’s powerful, given that the final production model has yet to be unveiled. And the market potential is so strong that we just announced we will switch our best-selling model, the Macan compact SUV, to all-electric in the next few years,” he wrote.

A particularly interesting tidbit given by Zellner in his op-ed involves some details about the demographic that the Taycan has been attracting. The CEO mentioned that fewer than half of the Taycan’s reservation holders are current Porsche owners, but from those who are, the biggest single group own a Porsche 911, the company’s flagship vehicle.

“The fact that someone can love the sound and feel of an exhilarating flat-six gas engine and also be attracted to the silent power of a performance EV says volumes about the capacity of the US market for this new power train,” Zellmer stated.

Porsche is currently preparing for the launch of the Taycan, which is expected to be held this coming September. The final details of the vehicle are yet to be released by the company, though reports have emerged stating that the car will come in three variants: a base rear-wheel-drive Taycan that’s equipped with an 80 kWh battery pack, a mid-range Taycan 4S that’s fitted with a 96 kWh battery, and a top-of-the-line Taycan Turbo, which will also feature a 96 kWh battery. Recent reports have also hinted at possible upcoming variants for the vehicle, such as the Taycan Turbo S and a lighter, RWD Taycan GTS that will likely be optimized for track driving.

The full text of Porsche Cars North America CEO and president Klaus Zellmer insights on electric car adoption, Tesla, and the Taycan could be accessed here.