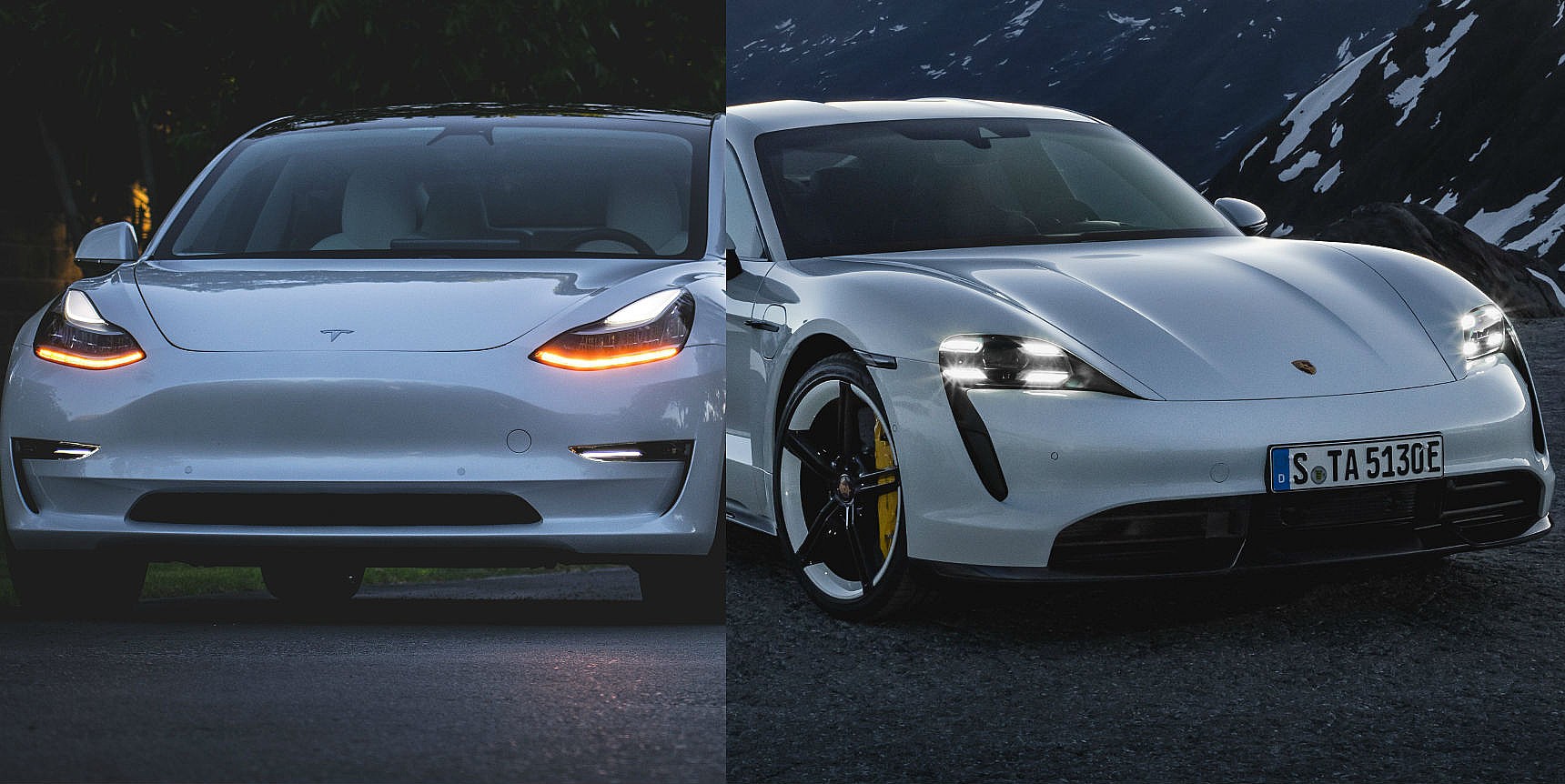 The Porsche Taycan is an uncompromising electric sports sedan. Built on a platform designed specifically for EVs and tapping into electric motor tech that powered past flagship vehicles like the 918 Spyder, the Taycan represents the best of what Porsche can offer today, in an unapologetically electric package.

It is then unsurprising to see that with the Taycan’s arrival, the long-debunked narrative of the “Tesla Killer” was reborn. American online auto information resource Edmunds, for one, proudly declared in a tweet that after experiencing the Taycan that its team “got out with a singular thought: This is a Tesla Killer.” The company then proceeded to state that the Taycan has a “driving ability that no Tesla can match,” especially considering that its track-capable and its optimal 0-60 mph launches could be repeated “endlessly.”

While statements such as these foster both healthy and unhealthy debates among the EV and auto community, it is pertinent to highlight the simple fact that the Taycan is NOT a “Tesla Killer.” Instead, it could very well be the first genuine attempt from an experienced premium automaker to design and release an electric vehicle that is, in more ways than one, a potential “killer” of the internal combustion engine. This makes the Taycan the strongest vehicle yet that could accompany Tesla in Elon Musk’s overall plan to transition the transportation sector away from fossil fuels.

The Taycan, particularly the Turbo S variant, is an honest-to-goodness driver’s car. The German automaker made it clear that when it was designing the vehicle, it made sure that the “soul” that is so valued among the traditional car community is present in the electric four-door sedan. This is evident in the way the company tuned the driving dynamics of the car, which was tuned in the Nurburgring. The Taycan is just like any other Porsche: it’s the type of car that you take up to the mountains on a weekend drive. It just happens to be electric.

During its Annual Press Conference earlier this year, Porsche emphasized how the Taycan is the start of its own transition to a full embrace of electric mobility. The company’s executives acknowledged that more electric vehicles are coming, and it is transitioning its fleet as much as possible to do so. Porsche is serious enough in this initiative that it quite literally changed the face of its historic Zuffenhausen factory to make way for the Taycan and its other upcoming electric cars.

Perhaps what really makes the Taycan a compelling vehicle is the fact that unlike other EVs from veteran carmakers that have come before it, the four-door is not an exercise in compromise. It represents a real effort by an experienced automaker to release an EV that is superior to some of its own ICE-powered creations. A look at the vehicle’s specs shows that apart from its range, which is still far from Tesla’s level, the Taycan is a solid electric car. It could even be stated that with the Taycan’s arrival, it would be pretty silly to choose an equally-priced high-performance car with an internal combustion engine.

Elon Musk has always stated that Tesla’s mission is to accelerate the transition of the auto industry towards sustainability. The company has so far been able to accomplish this by introducing vehicles like the Model S and Model 3, both of which are simply better than the available competition. Yet Musk has also been honest about his belief that Tesla could not push the auto industry towards sustainability alone. It needs other automakers to join the fray by offering excellent electric vehicles that beat out gas cars in key metrics. The Taycan could very well be the first in this list.

Tesla has long been a polarizing company, and it will likely continue to be polarizing for years to come. Regardless of how successful the company gets, or how well vehicles like the Model 3 and Model S perform on the market, there will always be car buyers that will refuse to purchase one of its vehicles based on one reason or another. Accelerating the world’s transition to sustainability is a mass effort, and the auto industry would need a lot more vehicles like the Porsche Taycan to accomplish this.

Overall, could the Taycan potentially steal some customers from Tesla’s higher-priced vehicles like the 345-mile, ~$100,000 Model S Performance? Perhaps, if buyers are in the market for a ~$150,000 car that drives like a classic Porsche, and if they are more open to a high-performance EV with 279 miles of range (under the WLTP standard) and less interior space. But will the Taycan affect the Model 3 in any way? Absolutely not.