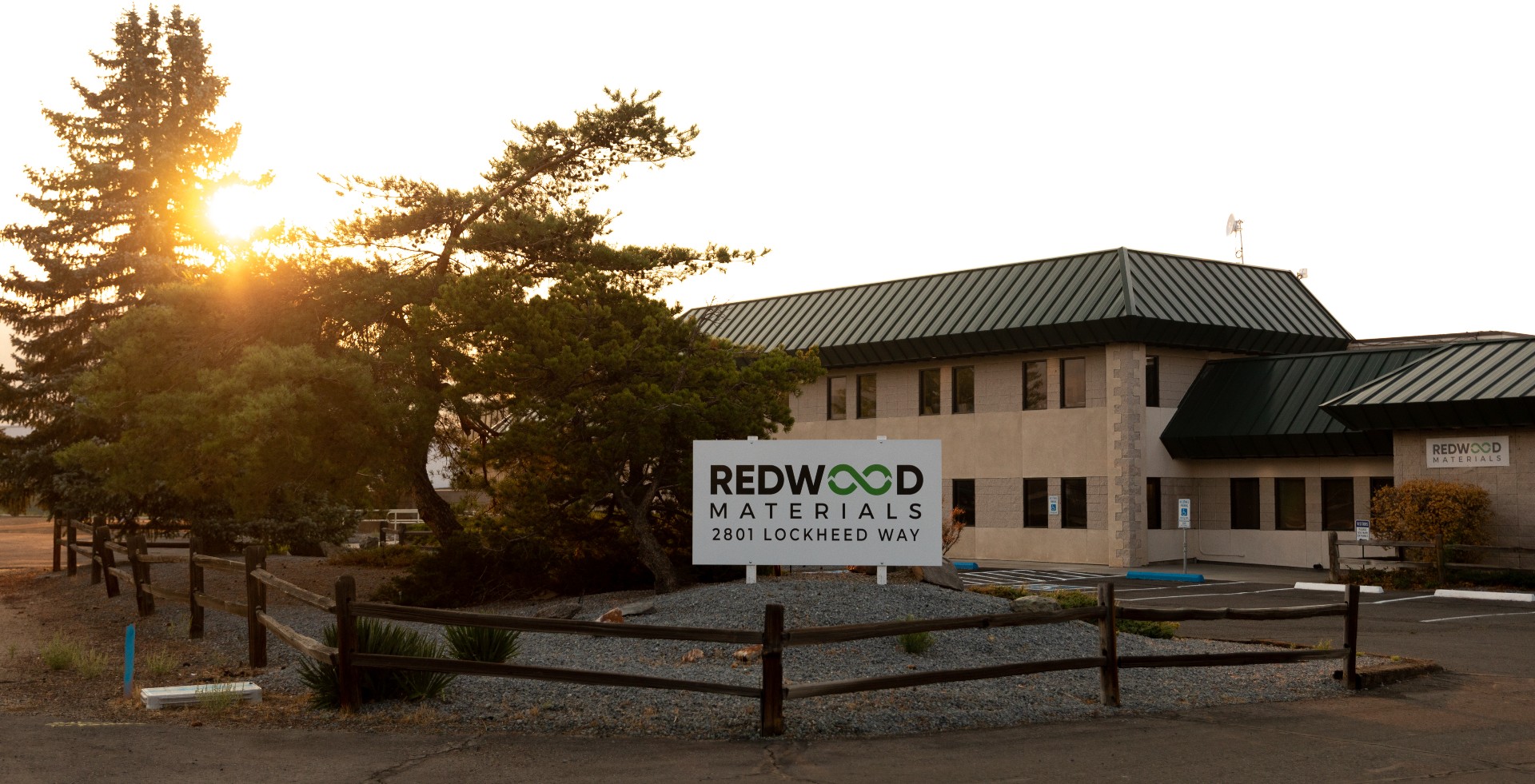 Redwood’s new facility is just miles from Tesla Giga Nevada, where the automaker has a joint venture with Panasonic to produce electric vehicle batteries. Tesla also manufactures electric motors for the Model 3 in the Nevada Gigafactory.

In 2017, JB Straubel founded Redwood Materials to work on the recycling processes of lithium-ion batteries and electronic waste materials. He kept his post as Tesla’s Chief Technical Officer until July 2019, where the company gave him an advisory role. Over the past several years, Redwood has started to expand its business, taking on new products to recycle like solar panels and establishing new partnerships and recycling deals with companies like Nissan LEAF battery supplier AESC and Tesla. The partnerships contribute to around 3 GWh annually, equating to about 45,000 cars or 60 tons of waste every day.

With more partnerships and more products being taken on by Redwood in their attempts to expand the recycling of batteries and sustainable energy products, the company recently purchased a 100-acre land plot in the Tahoe-Reno Industrial Center. The purchase of a new property expands Redwood’s potential battery recycling efforts. With the ever-growing electric vehicle market, battery recycling efforts and ventures will be a highly sought-after entity in the coming years as vehicles begin to reach the end of their life cycle. However, it goes past EVs because cell phones, laptops, solar panels, and other consumer products that utilize lithium-ion batteries for operation will also need to be sustainably handled at the end of their life cycle.

While Redwood is only a few short years into its journey as a company, it has been working on expanding its potential footprint into the industry. While its initial facility in Carson City, Nevada, sits just 20 miles south of the new property in Reno-Sparks, Straubel says that Redwood is working on expanding, but it’s not concerned about publicity.

“We’ve been on the quiet side because we prefer to make progress and get things done,” he said to the Reno Gazette Journal. “All that said, (the company) has been growing rapidly, and business has been great. We felt it was time to connect a bit more with the local community and help raise awareness for hiring and make sure people realize this is a worthy and unique opportunity here as well.”

The expanding market of consumer products that utilize lithium-ion batteries is huge. Not to mention, it’s also global. AirPods, electric bikes, toothbrushes, cell phones. You name it, it probably has a battery in it, and Straubel says that the environmental impact is great during the product’s lifetime is great. However, when it breaks or dies, what to do with the batteries afterward is what the real concern is. Recycling the batteries to give them a second use, especially in the application of electric vehicles, is what Straubel seems mostly concerned about.

“It’s a great thing for the environment, but it puts massive pressure on the supply chain and resources to build all these cars and batteries,” he added.

The Carson City facility is currently undergoing a 150,000 square foot expansion project, making it 550,000 square feet in total. The reason for the Tahoe-Reno location in Reno-Sparks is simple: Tesla Gigafactory.

In 2019, Panasonic and Redwood inked a deal that would allow the company to take the scrap generated from the Gigafactory and recycle it. It also has a deal with Amazon and will recycle the e-commerce giant’s lithium-ion batteries and other e-waste materials. Another reason for the Nevada location was Straubel’s familiarity with the area, he said. “It’s a very business-friendly climate politically and economically, and there’s generally more space to grow. You could also build a company a little bit faster and do so without some of the constraints…you have in California or other places like that.”

The act of recycling EV batteries and other lithium-ion-based products adds an extra environmental element to the entire process. Of course, the lifespan of electric vehicles is extremely environmentally conscious. Still, with Redwood’s recycling efforts, it’s becoming a completely well-rounded supply chain in terms of Earth-safe production and manufacturing. Redwood is also looking to expand its workforce by creating around 500 additional jobs starting this year, a drastic increase from its 130 current employees.