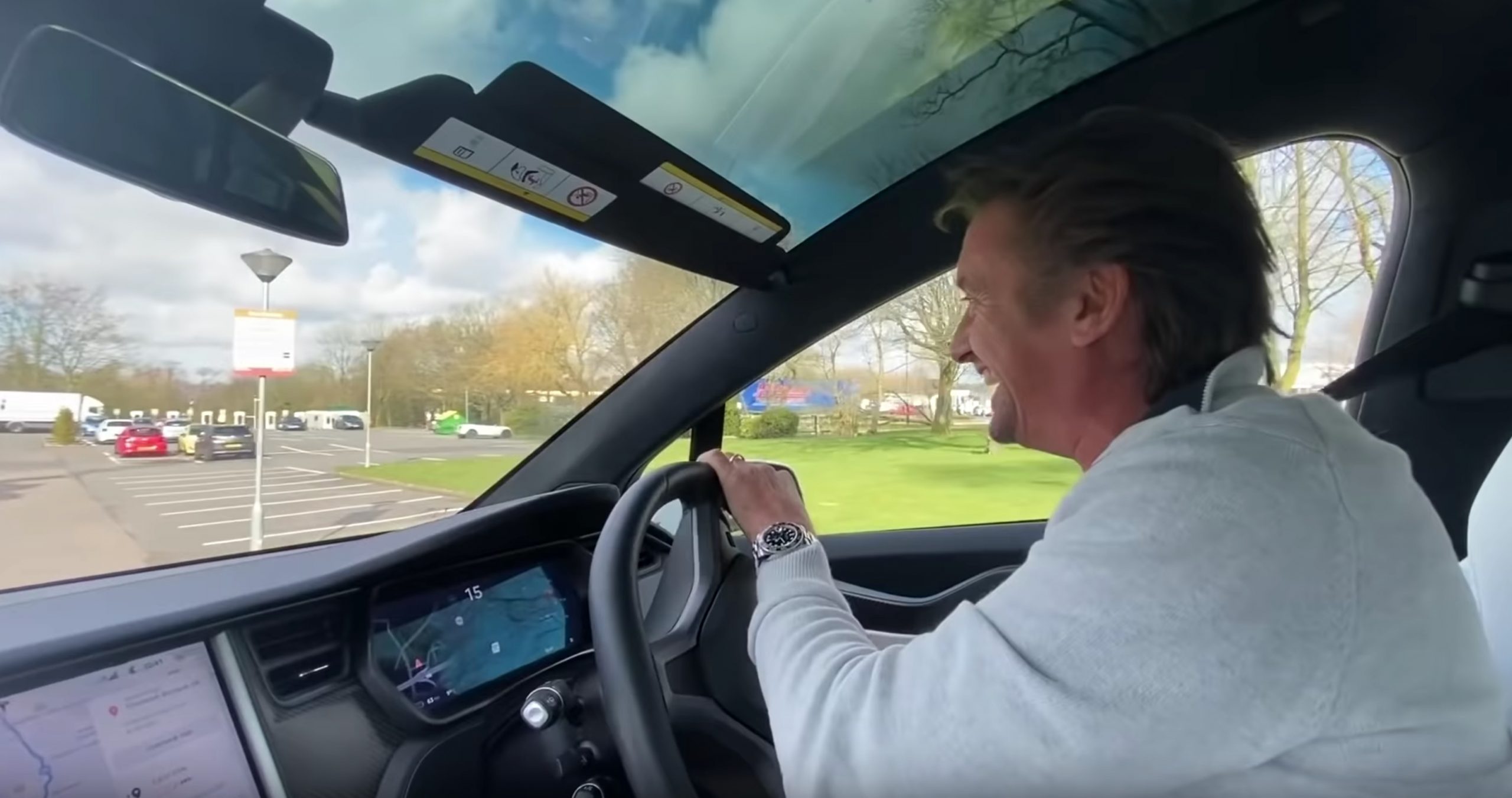 Former Top Gear host Richard Hammond embarked on a long-distance family road trip in a Tesla Model X, and the experience that he documented via a vlog couldn’t be more entertaining, to say the least. With moments in the video that induce an instant facepalm, the video, for the most part, gives us a good look at what it’s like when an astute petrolhead transitions from a traditional combustion engine vehicle to pure electric.

Let it be known that I’m a devout fan of Hammond and the former Top Gear hosts, having followed their journey to DriveTribe after their decade-long stint on the British popular motoring show ended. And despite their often theatrical takes on what it’s like to drive an electric car, it’s nevertheless a good look at any gap that exists between the combustion engine and electric vehicle industries.

This isn’t the first time Hammond has experienced a Tesla or high-performance electric car for that matter. In 2014, Hammond reviewed the Tesla Model S, calling it a vehicle with mind-blowing acceleration and one that will become “a common sight on the road” in the years to come. However, it is the first time the DriveTribe host has experienced a Tesla in a real-word, everyday driving environment.

“It’s my first step into a new future,” quips Hammond before embarking on his all-electric road trip in a Model X with his wife, Mindy.

The story goes like this: Hammond wanted to see what it’s like to take a Tesla on a long-distance road trip. Hammond borrows a Model X from Tesla and embarks on a 250-mi (404 km) road trip from their home in the southwest of England to the lake district in the northwest. Hammond experiences Supercharging for the first time, both the ups and downs, as compared to filling up at the traditional gas pump. Hammond nearly runs out of range on his roundtrip back home after relying on the vehicle’s displayed range.

“I’m new to the world of electric cars, and I’m suffering with crippling range anxiety,” noted the popular TV host, as his Model X displays a projected 1% of battery state of charge remaining. “If I miss this turn-off,” begins Hammond. “You die,” says Mindy in completing his sentiment.

While many Tesla owners have experienced the benefits of driving electric, especially those in California and regions of North America that have fully embraced electric cars, some parts of Europe have been slower in their adoption of electric cars. Outside of Norway and the Netherlands, where early government incentives spearheaded education efforts and the growth of the electric transportation industry, other countries like Germany have been slow in its transition.

The UK, for its part, has been a big adopter of electric cars and continues to see a steady increase in alternatively fueled vehicles, including both pure and hybrid electric vehicles. Though electric cars might be seen as an unavoidable new aspect of the automotive industry in the country, it’ll only be a matter of time before deeper education combined with a growing fast-charger network bids adieu to Hammond’s range anxiety when he takes his second step into a new future.