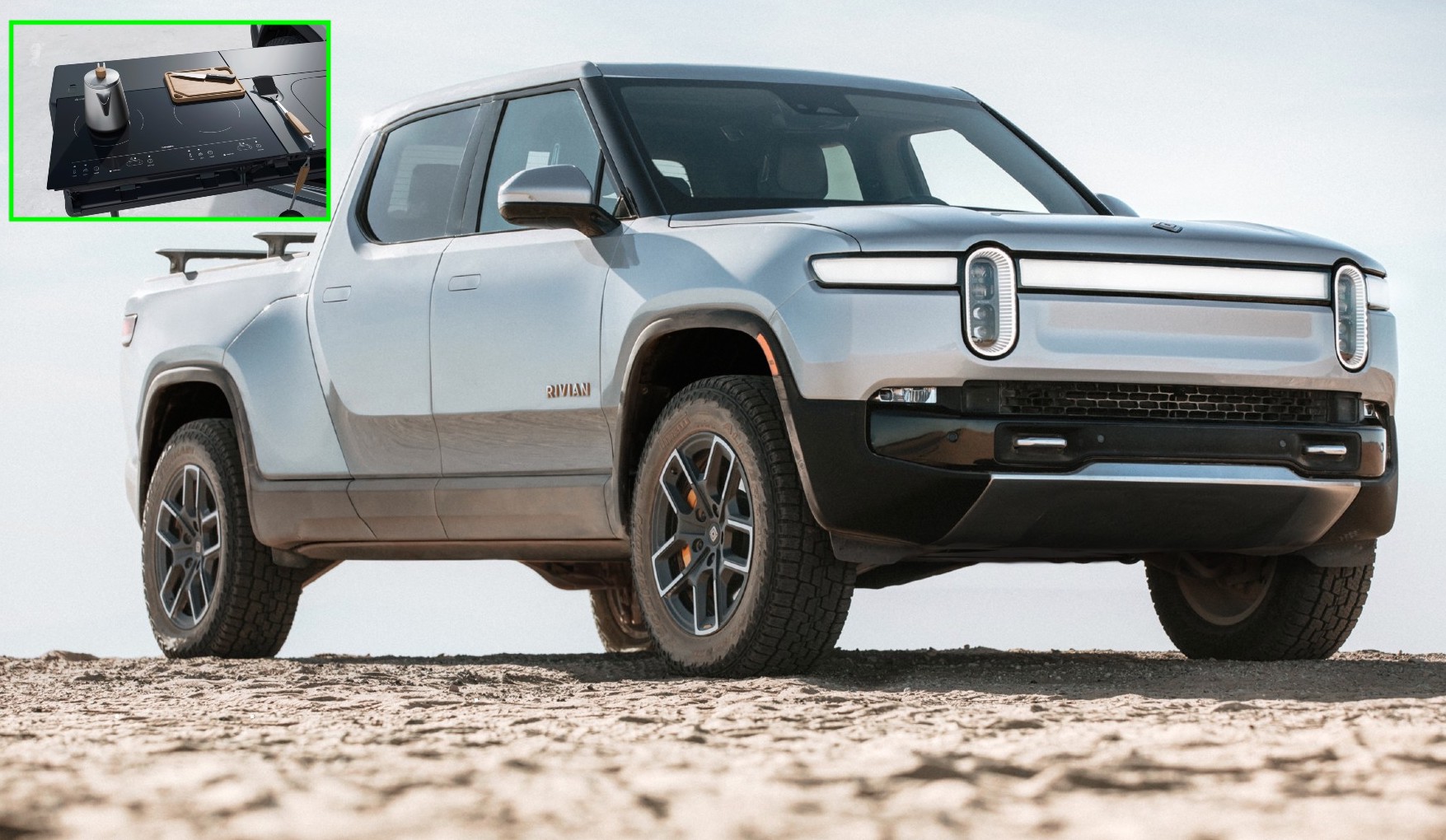 In Scaringe’s video, some of the finer details of the R1T’s camp kitchen are revealed. The entire kitchen comes in three modules, stored in the electric pickup’s Gear Tunnel. The R1T camp kitchen includes an induction cooktop for at least two pots or pans and a removable sink with a hose reel to rinse off dirty dishes, utensils, food, and more.

The sink seems to be attached to a water tank module. It does not have a drain but can be detached to throw out the water. The sink could also be used as a basket when removed from its module based on the video. The sink’s cover seems like it also functions as a cutting board.

According to the video, the Rivian R1T camp kitchen comes with a 30-piece kitchen set. Besides a cutting board, Rivian also included some other useful items to the camp kitchen module, like pots, pans, cooking utensils, basic dining utensils, and even a coffee pot. Scaringe specifically showcased the camp kitchen’s titanium plates.

The R1T’s kitchen modules are easily detached from the Gear Tunnel shuttle, which is 65” long, 18.1” wide, and 20.3” in height. It includes features like LED lighting, a 12V outlet, a 110V outlet, and a safety release.

The Rivian CEO hinted that the company may introduce more modules for the R1T’s Gear Tunnel shuttle, which would make the electric pickup truck quite a versatile vehicle. Modules could turn the R1T into a truck that fits the individual needs of each owner.

What Rivian R1T module would you like to see in the future? Tell us in the comments below. You can also email us at tips@teslarati.com or reach out to me at maria@teslarati.com.