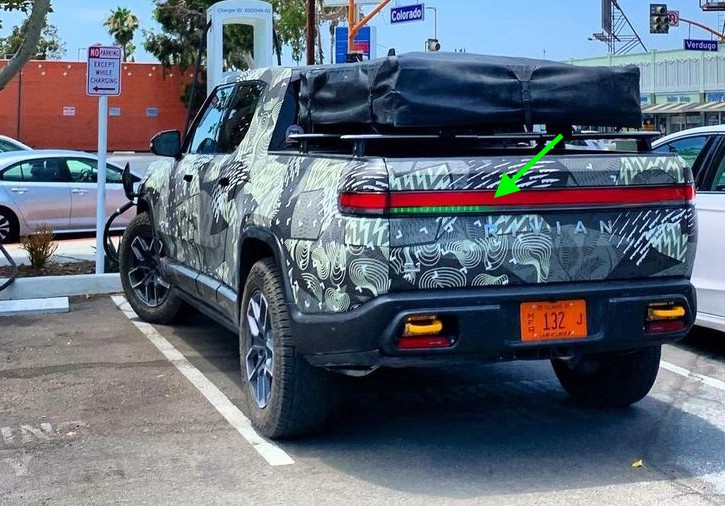 Rivian’s status charging light bar was seen in action while an R1T pickup truck was charging in an Electrify America station in Glendale, CA.

Besides the status charging bar, Rivian R1T owners could also use the Rivian App to monitor their charging. The app will be available for download in early September before R1T deliveries begin.

Rivian R1T owners would probably find the status charging bar useful as they go through their adventures and stop at various charging networks. Rivian plans to build out its own charging infrastructure over the next few years.

In a letter to R1T preorder holders, Rivian CEO RJ Scaringe shared the company’s goals for its charging network. Rivian aims to install more than 3,500 fast DC chargers at 600 sites in its Rivian Adventure Network. The company also plans to build out a Rivian Waypoints Network, which will feature at least 10,000 Level 2 AC chargers similar to Tesla’s Destination Chargers.

“You will start to see more of these pop up over the next few months, and by the end of the year the buildout will start expanding quite rapidly,” the CEO wrote.

In an interview with Teslarati, Recurrent CEO Scott Case stated that charging networks could affect the value of an electric vehicle. For instance, Tesla’s Supercharger Network increased the usability of its cars, making them more valuable.