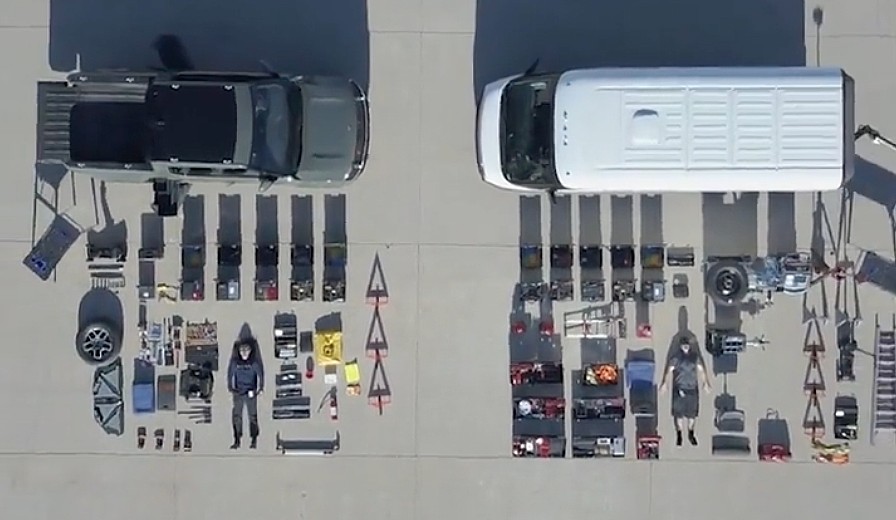 Rivian has shared a preview of its dedicated R1T and EDV service vehicles. The custom-built service units are designed to handle up to 80% of all repairs right in customers’ driveways.

A video of the R1T and EDV service vehicles being outfitted was initially shared by Rivian CEO RJ Scaringe. The video, which was shot at a Rivian service center in Costa Mesa, California, featured a close look at some of the special features that were fitted into the all-electric service fleet.

Inasmuch as the R1T service truck is impressive, the EDV service van was even more capable of performing repairs. The van, which was developed for Amazon deliveries, features a large cabin, so Rivian used as much of it as possible. As could be seen in Scaringe’s post, the EDV service van even has a fully working crane that can help operators carry heavy items.

While the Rivian EDV service vans are capable of carrying more equipment than their R1T counterparts, the all-electric pickup trucks can reach customers who run into issues even in areas that are off the beaten path. This would likely be appreciated by Rivian customers, especially those who actually take their vehicles to places like off-road trails and other remote places.

That being said, the addition of R1T and EDV service vehicles at this point in Rivian’s production ramp is quite interesting. The company is currently production-constrained, with thousands of reservation holders waiting for their R1T orders. Amazon also has a massive order of EDVs that are yet to be fulfilled. If Rivian is using R1T and EDV units that are not suitable for paying customers, however, then the company deserves quite a bit of praise for not letting the vehicles go to waste.